Malusi Gigaba fights back: ‘I will not give in to devious plot’ 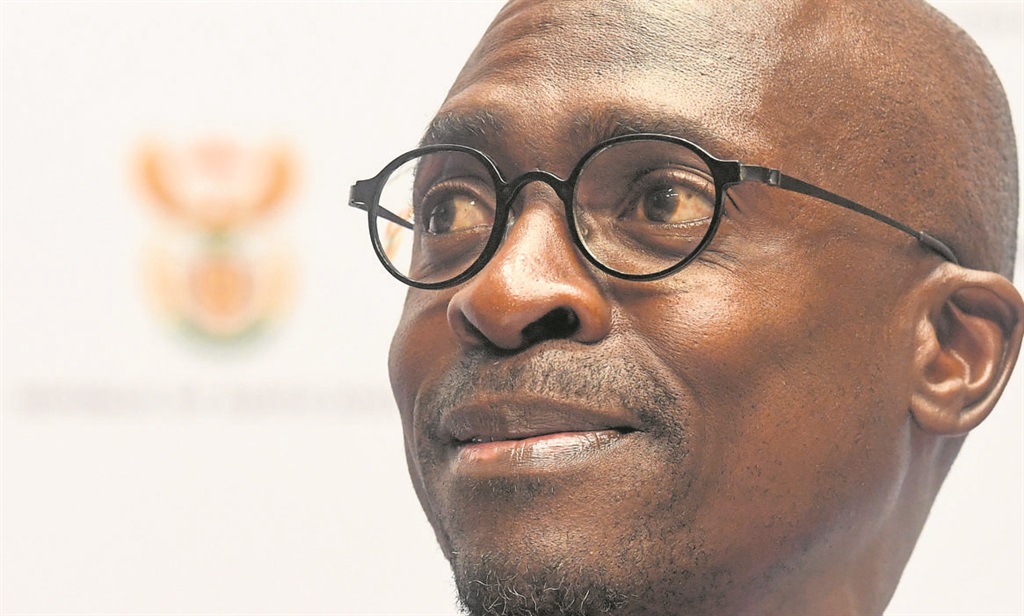 Amid increasingly vocal calls for President Cyril Ramaphosa to show Malusi Gigaba the door, the home affairs minister is digging in his heels and refusing to bow to pressure for him to resign.

Gigaba, who was dealt a blow by the highest court in the land this week, yesterday told City Press that he would fight to the bitter end against what he believes has been a sustained onslaught against him this year.

“If I do that [resign], I will be giving in to a devious plot. It means that, from now and henceforth, everybody who is a victim of a political campaign of slander and destruction must simply surrender to those who have the resources and capacity to wage such campaigns. No, they must bring the war, I am ready for it. I am going to fight it to the bitter end; they must not think they can walk all over me,” Gigaba said.

The embattled minister was this week summoned to appear, yet again, before Parliament’s portfolio committee on home affairs, this time to give clarity on the granting of permission for the construction of the Oppenheimer family-operated Fireblade Aviation terminal at OR Tambo International Airport.

Also this week, the Oppenheimer family told the same committee that Gigaba had lied when he stated that he had not approved the construction of the terminal; the Constitutional Court dismissed his leave to appeal the Fireblade ruling with costs; and Public Protector Busisiwe Mkhwebane called on Ramaphosa to act against Gigaba for violating the Constitution, the Executive Ethics Code and the Code of Ethical Conduct, and recommended that he appear before Parliament’s ethics committee.

“That I think there is a political campaign against me is without a doubt. My phone calls and emails are being intercepted almost every day. I have to keep changing my password because of repeated attempts to intercept my communication. I reported a number of these issues to Independent Police Investigative Directorate, the police, state security and to the Inspector-General of Intelligence,” Gigaba said.

“There is a state of attempt to intercept my communication for reasons unknown to me. There are inquiries after inquiries that involve me. There is a third one beginning on Tuesday. None of these inquires has yielded fruit. I can bet my last cent that, after Tuesday, there is surely another one which is being cooked for me. It is an attempt to keep me preoccupied with things that have nothing to do with my work. At the same time, my integrity and credibility are being attacked. My family is being attacked, my life is being threatened.”

Gigaba maintains that he did not give approval to the Oppenheimers to operate the VIP terminal next to OR Tambo.

He went as far as to say that the Oppenheimers had lied to Parliament this week when they said that they had been granted approval by 27 different government departments and entities to create the terminal.

It was also revealed in the portfolio committee’s meeting with the family that they had no signed agreement with the department to operate.

Gigaba said: “As we stand, they are operating Fireblade without government decisions or policy framework. The Public Finance Management Act has not been followed, supply chain management has not been followed. Going forward, a precedent has been set that you can meet with a minister, make a proposal and, when the minister says it is an interesting one, you presume that to be approval.”

Gigaba further explained that he had approached the relevant government departments to check whether they had given the green light to the operation, but only heard back from five.

He also said he had not seen written proof of the alleged 27 approvals, which are necessary to prevent state security from being put in jeopardy.

“What Fireblade had done was to go the ANC and obtained a letter written by the former general manager, Ignatius Jacobs, in which he gave them approval to operate Fireblade. The ANC, and Jacobs in particular, had no such power, had no jurisdiction and had no role to play in this decision. This was a sole government prerogative in which Jacobs had no jurisdiction. It was the deputy secretary-general of the ANC who bought this issue to my attention in late November last year, saying there was a letter written on the ANC’s letterhead claiming to give approval. She said she was not aware of the letter and I told her that I too was not aware of it. So Ignatius wrote that letter completely of his own volition, without any mandate from anyone in the ANC.”

Gigaba also spoke of a “lowly Border Control Operational Coordinating Committee official” based at OR Tambo who has since been disciplined by the department of home affairs for giving consent to Fireblade without having the authority to do so.

The minister is now hoping to convince Parliament to open up the conversation to the public.

“I think it would be wise to consider opening up the matter to wider views from the public and NGOs to state whether they believe it necessary for government to give a single family a VIP terminal within a national key point.”

City Press understands that Mkhwebane’s report is likely to be taken up for review by Gigaba, who will draw attention to tweets by an account that appears to be hers.

In the tweets, she appears to be responding to someone who is asking Gigaba to apologise to her for portraying her as incompetent.

Responding in isiZulu, Mkhwebane says that Gigaba threw her under a train when he reneged on an agreement they had reached behind closed doors.

Gigaba’s new legal team will also weigh its options before heading back to court and arguing for Gigaba to be granted the opportunity to be heard through oral testimony.

Those close to the minister are also questioning the timing of this week’s events, saying that they were, at the very least, “a staggering coincidence”, if not orchestrated.

Within the ANC, a small movement has begun to rally around Gigaba, who is a former ANC Youth League leader.

Those supporting him say they will not allow him to take the fall for refusing to bow to “white monopoly capital”.

We live in a world where facts and fiction get blurred
In times of uncertainty you need journalism you can trust. For only R75 per month, you have access to a world of in-depth analyses, investigative journalism, top opinions and a range of features. Journalism strengthens democracy. Invest in the future today.
Subscribe to News24
Related Links
Ramaphosa must take disciplinary action against Gigaba: Mkhwebane
‘Oppenheimers captured the ANC’ – Mngxitama booted out after interrupting Parly meeting
‘Lying’ ministers must be gone in a week: DA guns for Gigaba and Dlamini
Next on City Press
PIC officials accused of deepening Daybreak crisis