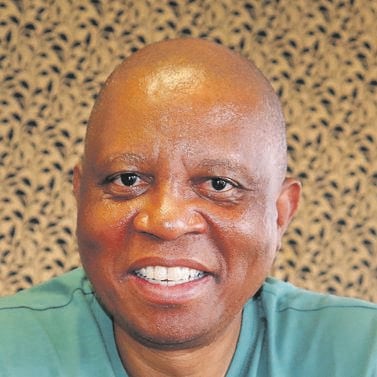 Harnessing the power of electronic media will be key to Herman Mashaba’s release of The People’s Dialogue report on the inputs made by South Africans during the dialogues he has been holding since last year, as well as to launching his new political party.

Mashaba said the report from The People’s Dialogue – a platform he formed in December last year to engage with South Africans from all walks of life about how he could build a South Africa that all citizens can be proud of – was supposed to be launched to much fanfare on Tuesday, but would be postponed to a later date following President Cyril Ramaphosa’s announcement of a state of disaster amid the rapidly spreading Covid-19 coronavirus.

As part of the measures to reduce the spread of Covid-19, Ramaphosa announced a ban on gatherings of more than 100 people and subsequently a national lockdown.

Mashaba says this has thrown a spanner in the works for the planned launch of his political party, which was set to happen in June.

The release of the report is meant to symbolise receiving a mandate from countless citizens and breaking ground for the formation of Mashaba’s political party.

“We obviously need to consider the health and wellbeing of citizens, therefore we need to go ahead in a responsible manner.”

Mashaba concurred, saying it was necessary that the event not attract “a large number of people, given this crisis we are living in”.

Hence my assurance to South Africans that should the next local elections go ahead in 2021 as scheduled, they will have another option – in our party – to vote for
Herman Mashaba

“During the meeting on Monday, we will have to talk about how we are going to harness the power of electronic media to be able to communicate to a far bigger audience the critical submissions we have received from the people of this country, while also remaining careful not to compromise the health of the country,” said Mashaba.

“The date of the launch of the report and the format, in terms of the kind of gathering we are organising, may have been disrupted, but at the end of the day what is never going to change is that 2.5 million people have spoken and their voices need to be heard,” Mashaba said.

“We are absolutely committed to sharing their calls with the rest of the country.

“Unfortunately, legally speaking, we can’t continue with a big event, but we have to talk about what we are going to replace it with, and we are going to come up with a plan as to how we can still execute the event without compromising the health of our nation.”

Mashaba, who made a shock resignation as the DA’s Johannesburg mayor in October last year, which led to the ANC taking back the metro, said: “After leaving politics I was struck by the realisation that yet again I had no viable political party that I could vote for.

“Hence my assurance to South Africans that should the next local elections go ahead in 2021 as scheduled, they will have another option – in our party – to vote for.”

We live in a world where facts and fiction get blurred
In times of uncertainty you need journalism you can trust. For 14 free days, you can have access to a world of in-depth analyses, investigative journalism, top opinions and a range of features. Journalism strengthens democracy. Invest in the future today. Thereafter you will be billed R75 per month. You can cancel anytime and if you cancel within 14 days you won't be billed.
Subscribe to News24
Related Links
Former DA heavyweights join Herman Mashaba
Herman Mashaba: SA needs death penalty for murder and rape
Herman Mashaba: It has to be all about the economy
Next on City Press
‘If I have to die for justice to prevail, so be it,’ says Senzo murder accused’s sister