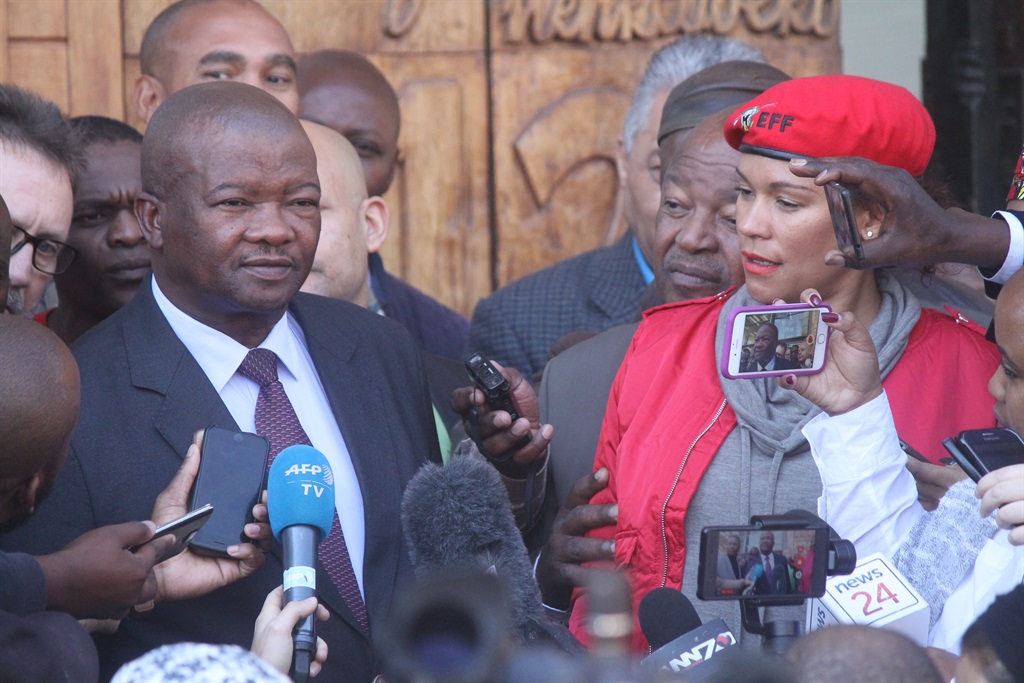 The decision to grant a secret ballot in the motion of no confidence against President Jacob Zuma has been remitted to Speaker of Parliament Baleka Mbete.

Mogoeng said that Mbete was wrong to say a secret ballot vote is not allowed in a motion of no confidence. He said it is fully within her powers to decide on a secret ballot.

RT @the_pixelat0r: Mogoeng: The rules of Parliament empowers the Speaker to allow for a #SecretBallot. "It's her judgment call to make" pic.twitter.com/EKQujG2BNG

“The Speaker says that neither the Constitution nor the rules of the National Assembly allow her to authorise a vote by secret ballot.

“To this extent, she was mistaken. Our interpretation of the relevant provisions of the Constitution, and the rules make it clear, that the Speaker does have the power to authorise a vote by a secret ballot in a motion of no confidence in the president,” Mogoeng said.

He added that the court cannot tell the Speaker how to decide and has thrown the ball back in her court.

RT @the_pixelat0r: Mogoeng: it would be a violation of separation of powers for the court to order the Speaker to conduct the #SecretBallot

Mogoeng also ordered the president and the Speaker to incur the legal costs of the case.

The matter was brought to the court by the UDM, Economic Freedom Fighters (EFF) and the Congress of the People (Cope) last month, asking the court to give Parliament the go ahead to vote in secret in a motion of no confidence.

The debate around the fifth motion of no confidence was due to begin in April following Zuma’s controversial late night Cabinet reshuffle.

Mbete postponed the debate on the request of opposition parties to wait on the outcome of the court’s decision.

UDM leader Bantu Holomisa said the party felt vindicated by the judgment and the ruling was a wakeup call to South Africans.

RT @the_pixelat0r: #SecretBallot Holomisa: we asked speaker to use her prerogative but she put the interest of her party ahead of Parliament pic.twitter.com/81gWIHwDgZ

RT @the_pixelat0r: #SecretBallot Holomisa: you cannot have a questionable character voted into the high office pic.twitter.com/MSYCqZyaTR

Cope’s Mosiuoa Lekota said the ruling was “a triumph for democracy”.

“Those of us who are elected and having taken our oath of office, owe it to the people of South Africa as a whole that no political party can compel a Member of Parliament to vote against their conscience and their judgment.

“They were not free; now they will be free to exercise [their] votes without fear of repercussions,” Lekota said.

The ANC issued a statement following the ruling and said that it stands against the motion of no confidence against Zuma.

MT @AndiMakinana: ANC welcomes ConCourt judgment; reiterates it won't support the motion of no confidence in President Zuma, will defeat it

“We reiterate our long stated position that we will not support the motion of no confidence on President Jacob Zuma by opposition parties.

“We will defeat this motion of no confidence by the opposition as we have successfully done so in the previous four motions tabled in this fifth term of Parliament,” the ANC said.

MT @AndiMakinana: UDM has written to Mbete requesting urgent motion of no confidence debate; asking her to grant secret vote in the motion

We live in a world where facts and fiction get blurred
In times of uncertainty you need journalism you can trust. For only R75 per month, you have access to a world of in-depth analyses, investigative journalism, top opinions and a range of features. Journalism strengthens democracy. Invest in the future today.
Subscribe to News24
Related Links
We still won't vote against Zuma - ANC caucus on secret ballot ruling
ConCourt Secret Ballot: Full Judgment
ANALYSIS: Here's what the ConCourt secret ballot ruling means...
Next on City Press
Is there a place for police in the future of South Africa?