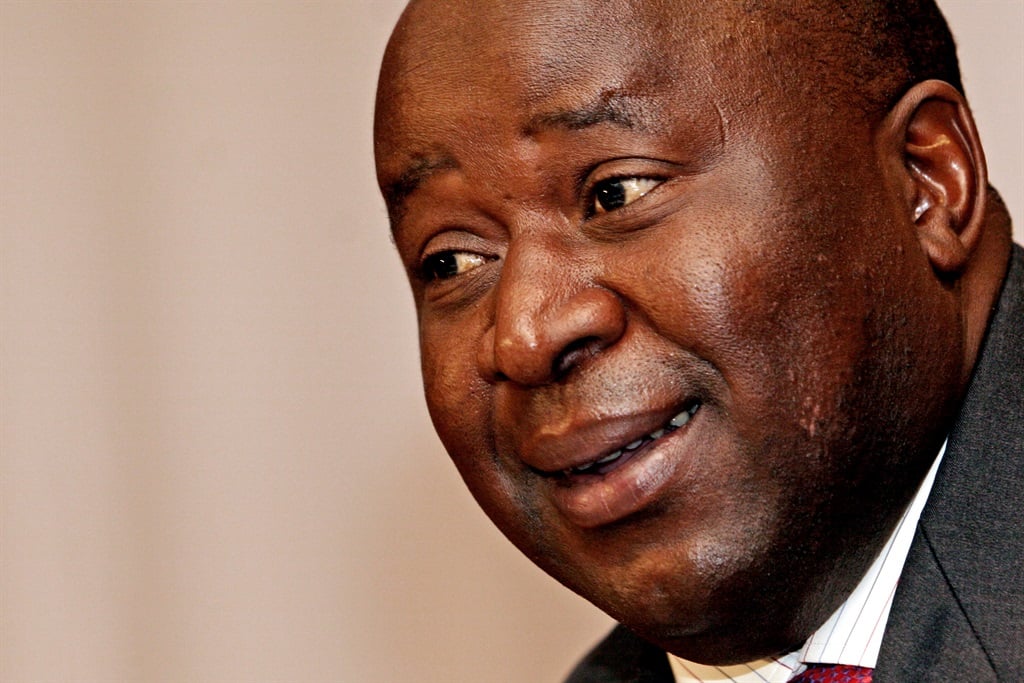 The 59-year-old minister is expected to steady a ship on the rocks after Nene’s state capture inquiry bombshells, where he admitted to a relationship and to meeting the controversial Gupta family at their Saxonwold home.

Mboweni brings with him a wealth of experience, having headed the South African Reserve Bank for a decade until 2009.

His biggest achievement at the time was building the nation’s foreign-exchange reserves to almost $40 billion from less than $10 billion.

After leaving the central bank he went into business, acting as an adviser in South Africa for Goldman Sachs and served as chairperson of AngloGold Ashanti and on the boards of other companies.

Following the explosive allegations at the Zondo commission, that Nene used PIC funds to help his son’s business venture, newspapers reported that Nene had asked Ramaphosa over the weekend to relieve him of his duties. Outgoing.... Former finance minister Nhlanhla Nene during the Commission of Inquiry into State Capture where he is testifying. Picture: Tebogo Letsie

Announcing Nene’s resignation on Tuesday, Ramaphosa said there had been for the past few days “quite a lot of discussion” that had arisen from Nene’s testimony at the state capture commission.

“Minister Nene this morning submitted a letter of resignation to me in which he requested that I should relieve him of his position as finance minister.

“He has indicated that there is risk that the developments around the testimony that he gave to the commission of inquiry into state capture would detract from the important task of serving the people of South Africa particularly as we [government] works to re-establish public trust in government,” announced Ramaphosa.

The president said after giving the matter “due consideration” he had reached the conclusion that in the interest of good governance he was compelled to accept Nene’s resignation.

“As minister of finance, Nene has served the people and the government of the republic of South Africa with diligence and great ability,” said Ramaphosa.

Alluding to Nene’s refusal to give the green light to the Russian nuclear deal, which was being pushed through by former president Jacob Zuma and which would have indebted South Africa to the European state for years to come, Ramaphosa praised Nene saying: “He served our people under very difficult circumstances and often coming under pressure but he consistently defended the cause of proper financial management and clean governance.”

READ: State was willing to lie to SA over costs of Zuma’s nuclear plan

The president said it was in the same manner of service to the country that Nene had decided to step down.

“It is indeed a measure of Nene’s character and his commitment of the national interest of our country that he has taken it upon himself to resign, even though he has not been implicated in wrongdoing,” said Ramaphosa.

On Monday, EFF leader Julius Malema challenged Ramaphosa to accept Nene’s resignation following his admission that he visited the home of the Guptas.

Nene was scheduled to represent South Africa at the annual meeting of the International Monetary Fund and the World Bank in Indonesia.

Meanwhile, the rand held gains made ahead of president Ramaphosa’s announcement that Mboweni would be the new finance minister.

The rand was trading 0.67% stronger at R14.75 ahead of Ramaphosa’s announcement.

Against the wisdom of my Team, please don’t tell them this. It’s between us, I am not available for Minister of https://t.co/VmeiQvrvu7 cannot recycle the same people all over again. It is time for young people. We are available for advisory roles. Not cabinet. We have done that.