More drama at fisheries over theft of abalone worth R7m 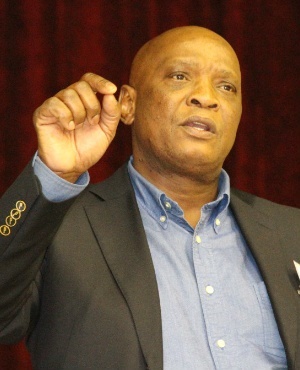 Mike Mlengana, director-general of the department of agriculture, forestry and fisheries, has withdrawn disciplinary proceedings against two officials charged with fraud and theft, following the theft of R7 million worth of abalone.

An internal investigation found that Ndudane, Vico and Parker were involved in the theft.

Parker was fired last month after being found guilty, but has since declared a dispute.

Mlengana further accused Ndudane of facilitating the irregular appointment of law firm B Xulu and Partners to do legal work for the department. Ndudane’s charge sheet claims the firm, co-owned by lawyer Barnabas Xulu, was paid R27.3 million by the department.

When Mlengana charged the three, he defied a decision by Zokwana and his deputy, Sfiso Buthelezi, that the complex case should be investigated by law enforcement. This decision was recommended by Mooketsa Ramasodi, who was acting in Mlengana’s position at the time – while Mlengana was on suspension for gross misconduct and the misappropriation of funds.

Mlengana returned to work in April last year after the high court found his suspension was unlawful.

In August last year, Zokwana reacted to Mlengana’s charging of the three by attempting to withdraw his powers. He filed an urgent application at the Cape High Court in January, asking it to force Mlengana to suspend the hearings. Zokwana later withdrew the papers.

In the meantime, the Hawks, Public Protector, the PSC and the National Prosecuting Authority (NPA) have all launched governance and corruption-related investigations into the department. They are also looking into Mlengana’s involvement in the awarding of a number of multimillion-rand tenders.

The allegations of maladministration and corruption in the department are contained in a dossier titled Master Report Detailing Undue Influence at the Department of Agriculture, Forestry and Fisheries.

Mlengana’s letter to Zokwana followed his meeting with Public Protector Busisiwe Mkhwebane, who last week summoned him to account for some of the allegations raised in the “master report”.

The report, compiled by B Xulu and Partners at the NPA’s request, details the circumstances under which a R60 million tender to process and sell abalone, which was later declared invalid and illegal, was awarded. Another contract mentioned in it is a R50 million contract to SA Fence and Gate for fences around two fishing harbours.

Xulu’s firm made further submissions about corruption at the agriculture department to the state capture inquiry, the PSC, the Public Protector and the Hawks.

. This week, Xulu denied that his company was paid R27.3 million by the department. He showed City Press invoices amounting to R12.2 million. He insisted that he earned all the fees that the department had paid him, saying that he helped it win a number of successful cases, including the repatriation of more than $7 million (R101 million) from the US, following a US court decision to compensate South Africa in an illegal fishing case.

B Xulu and Partners Inc, he said, had initially been subcontracted by a company which had been appointed by the department. The department then appointed the law firm, through emergency procedures, to work for it after a company launched urgent court action against it.