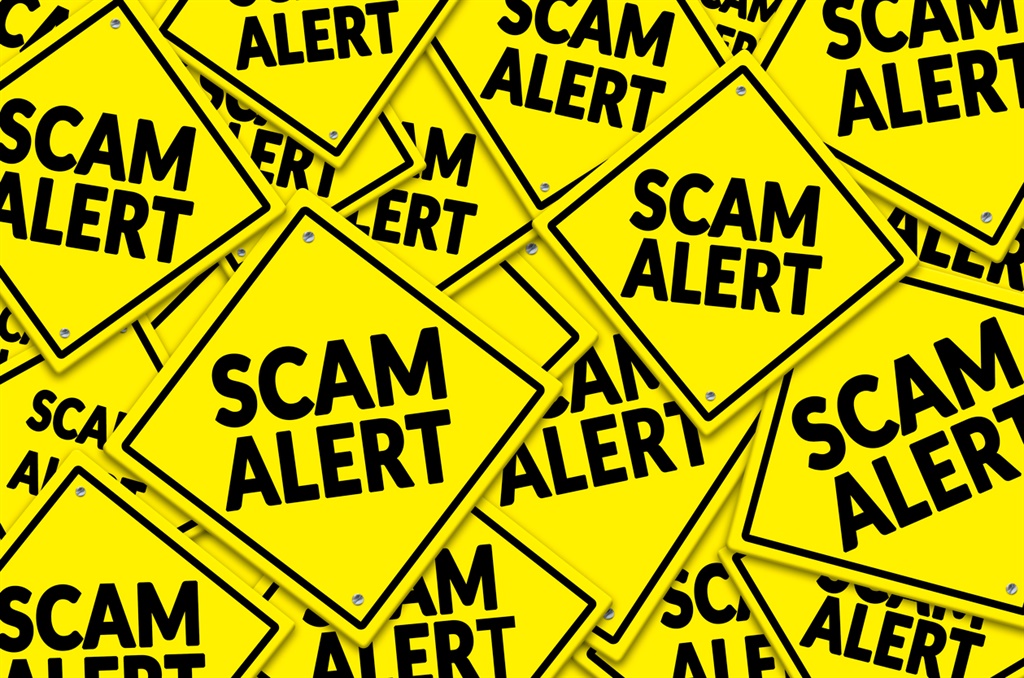 An old scam has resurfaced and is claiming more victims. Picture: iStock

More than 500 000 poor and vulnerable people are believed to have been conned in a scam linked to an international organisation.

City Press was alerted this week about a possible scam involving a United Nations organisation, which claims to have been formed by an Indonesian king whose aim is to distribute his wealth.

However, the UN office in SA has distanced itself from this organisation, saying this was a “scam”.

The department of international relations and cooperation also had no knowledge of a foreign king offering humanitarian vouchers to South Africans and said it would investigate the matter.

In an additional twist to the tale, people who claimed to have been from the South African National Civic Organisation were busted when leaders of Sanco, accompanied by police, rocked up at a venue in Gauteng where they were “helping” the poor and vulnerable register for the scam at a cost of R50.

Sanco’s Gauteng leadership has also distanced itself from the scam.

They were charged R20 for photos, R20 for a certificate of application and R10 to set up email accounts.

After having been alerted to the possible scam last week, a City Press reporter went to Bapedi Hall in Meadowlands Zone 3.

This is where people were being registered to access the “UN Swissindo M1 voucher”.

An elderly woman by the name of “Dolly” explained that they were registering the elderly, young people and children from the age of six to benefit from the UN Swissindo voucher for life.

She said after two months of registration, applicants whose ages ranged between six to 17 years would receive about R17 000 while those who were older would receive close to R23 000 a month.

Their applications would be sent to Indonesia to process their payments.

She said she was from Sanco – a statement she later denied on Friday when she was approached by Sanco Johannesburg regional leaders – and had heard that the Indonesian King was making this money available to the world.

“It used to benefit whites during apartheid. It was never shared with us. We just found out about it,” she claimed.

City Press was shown a form bearing a logo similar to that of the United Nations and was sent a video detailing how UN Swissindo scheme operates.

The video begins by asking the question: “Have you heard that the people in Indonesia are about to get basic income for life?”

It mentions that the Indonesian king made this voucher possible and said that his mandate “is to return the wealth to the people of the world, starting with Indonesia”.

“The combination of assets in his authority is known as Exhibits AB that is backed by over 78 billion KGs. Of gold and platinum. The wealth is ready, a portion is to be distributed starting in Indonesia in order to free humanity and to bring prosperity and wellbeing back to every man, woman and child.”

A question “But how?” is then asked on the video and then an M1 Voucher form (bearing a similar logo as that of the UN) appears with a group of people carrying them.

The video continues: “M1 Voucher is a master bond a legal binding document, an acceptable certification with the power of attorney to the appointed bank and the beneficiaries which are the people of the world (7.4+billion). It is a legal bank instrument for the beneficiaries to receive/claim their guaranteed basic income every month (17 years and up; $1200) for the rest of our lives.”

It is stated in the video that the M1 Voucher was launched in Indonesia on June 6 2017.

“The UN volunteers in Indonesia have since shared it with the Indonesian people in all the 34 provinces, districts, sub-districts and villages.”

It adds: “Freedom is starting in Indonesia. Who wants to be next? Are you ready to be next? I want to be next! ... Thank you Indonesia ... lighthouse of the world.”

An Indonesian journalist, known by City Press reporter, was sent the UN Swissindo video to verify if he had knowledge of this alleged humanitarian project.

He said this was a scam.

"This is [an] old story. There's no king like that in Indonesia."

When the reporter returned to Bapedi Hall on Friday, when Sanco regional leadership and police approached “Dolly”, she vehemently denied that she had indicated they were from Sanco, despite that there were people with her wearing Sanco branded T-shirts.

However, she did mention that some of them, including herself, were members of Sanco and the ANC.

At that point the police asked the parties involved to resolve their dispute themselves, and left.

“We distance ourselves from such fraudulent activities,” said Sanco Gauteng chairperson Chris Malematja.

It cannot be correct that people use our name to rob our people in a country that has high unemployment rate. If we do work for our communities, we do it for free.
Sanco

He said Sanco would communicate with local media to warn communities.

“Even where people are not calling themselves as Sanco representatives or are from Sanco structures, we will find out if this thing is genuine. We are an organisation that represent our communities,” he said.

It remained unclear how the applicants would recover their money, because the UN made it clear that this was a “scam” and the international relations department was still to investigate.

“There are many people around the world who come up with schemes on how to exploit the name of the UN to swindle innocent people of their money. South Africa is not an exception. For instance, there are people and organisations on the internet who masquerade as recruitment agencies for the UN and ask candidates to pay a fee in order to have their job applications processed. Hence all vacancies advertised by the UN inserts a disclaimer that the UN does not charge a fee at any stage of its recruitment process. The UN in SA is not in any way, shape or form involved in this alleged project; we have nothing to do with it,” the UN said in a statement.

The UN said that is did not charge a fee of any kind for providing humanitarian assistance to local communities.

“The UN first received informal reports about this scheme [UN Swissindo] some weeks ago and immediately reported it to local law enforcement agencies. We are working with the police to get to the bottom of this practice,” the statement said.

The local UN office appealed to anyone “who is or has been asked, by any person or organisation, to pay any type of fee for receiving humanitarian assistance from the UN to immediately report such practices to their nearest police station or local authorities”.

UN agencies’ contact details can be found on this link: http://www.un.org.za/about/contacts/

“We would like to make it categorically clear that this organization, which calls itself UN Swissindo, is not a part of the United Nations system in South Africa,” the statement said.