‘Mugabe was tormented in his final days’ Patrick Zhuwao, a former Zimbabwean minister and the nephew of former president Robert Mugabe, has given a harrowing account of his late uncle’s last days spent under self-imposed exile in Singapore.

Zhuwao was also part of the G40 faction of the late leader’s administration, whose figurehead was former first lady Grace Mugabe.

His account of the late president’s last days was in stark contrast to the defiant leader who ruled Zimbabwe with an iron fist for 37 years, and had even said once that “only God” could remove him from office.

Speaking to City Press, Zhuwao described a forlorn and frail 95-year-old who had been forced to seek refuge in a foreign country after “some of his own had turned against him and weighed him down mentally”.

The late struggle stalwart was, according to his nephew, “forced to seek peace of mind in Singapore, where he rented his own accommodation, had no doctor or nurse at hand, was bathed by his wife and son, and was even forced to travel to hospital using Singapore’s equivalent to Uber”.

Zhuwao said the last straw for Robert Mugabe – who was deposed in 2017 – was when the current administration, led by President Emmerson Mnangagwa, realised that killing the ousted leader would result in a huge fallout – so, they resorted to using local TV stations to air content that was meant to “weigh him [Mugabe] down mentally”.

“The old man loved watching news on television. However, since his unceremonious ousting from power in a coup in 2017, most of his former allies had turned against him and were uttering obscenities against him on a regular basis, something that scarred him immensely.

“For his own peace of mind, he decided to leave the country,” said Zhuwao. 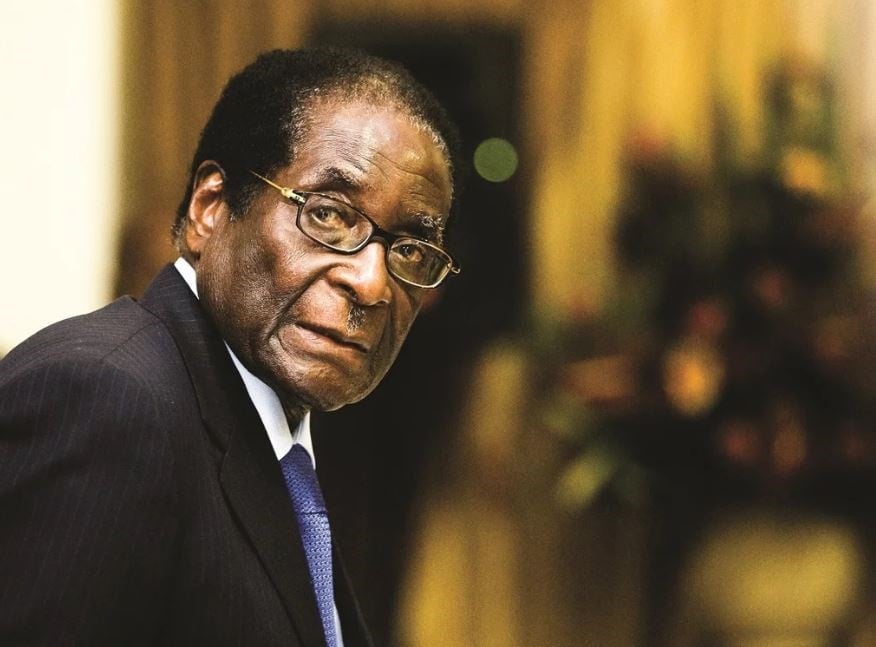 This narrative is in direct contrast to reports that Mugabe had been seeking treatment 8 000km away from home in Singapore’s gleaming Gleneagles clinic – where the cheapest suite costs about $850 (R12 400) a day – for the past five months.

“For the five months that he spent in Singapore, only five days leading up to his death were spent in hospital receiving medical care,” said Zhuwao.

Saviour Kasukuwere, another former minister who was also part of the G40 faction and was at one point tipped to succeed Mugabe, also lamented the treatment of the former president after his removal from power.

Zhuwao and Kasukuwere – along with Jonathan Moyo, Walter Mzembi, Mandi Chimene and Godfrey Gandawa – are some of the former ministers who were part of Mugabe’s inner circle and have since fled the country. They are all living in self-imposed exile in fear of Mnangagwa’s administration.

An emotional Zhuwao said that although it would have been more logical for the former first family to seek refuge in neighbouring South Africa, given their historical relationship, South Africa’s treatment of Mugabe’s wife, Grace – with regard to her alleged assault on model Gabriella Engels in a Johannesburg hotel room two years ago – had prompted them to rather relocate to Singapore.

“For me, and I think for a lot of members in the family, we owe an immense debt of gratitude to Grace for caring for the former president. What she did for Mugabe during the time he was in Singapore was done without complaint by her and her son, Tinotenda Mugabe,” said Zhuwao.

“Given that he was a 95-year-old man, this meant assisting him with a lot of things, including bathing, feeding and exercising him.

We owe an immense debt of gratitude to Grace for caring for the former president. What she did for Mugabe during the time he was in Singapore was done without complaint by her and her son.

“That young man [Tinotenda] was forced to grow up quickly and be a man,” he added.

Comparing Robert Mugabe to South Africa’s former president, Nelson Mandela, Zhuwao said the Zimbabwean leader ought to have received similar treatment from his government to that given to Mandela on his passing, considering the contribution that both had made in their respective countries.

It was humiliating, added Zhuwao, to even compare how the leaders, who both died at the age of 95, were treated prior to their passing.

“Mugabe had no doctor looking after him. Mrs Mugabe had to train staff to assist the family. He was looked after by domestic workers who had no medical training; these are the people who were assisting Mrs Mugabe to look after her husband.

“When he needed to go on regular trips to see the doctor, they had to order the equivalent of Uber, called Grab – a Singaporean transport company offering this service,” said Zhuwao.

He said such treatment would explain why the family was struggling to reconcile with Mnangagwa and his administration, which he accused of “grandstanding and wanting Mugabe to be buried according to their preference”.

“They cannot have a say because they abandoned him,” he said.

Zhuwao repeated his assertion that the treatment Mugabe received had alienated him from his country of birth, for which he had fought.

He said that, even when “Mugabe knew that his life was slipping away and could have quite easily said: ‘Take me back to Zimbabwe; I am going to die in Zimbabwe,’ he had opted to rather die in a foreign country – away from most of his colleagues who had ostracised him and blamed him for everything that went wrong”.

Following Mugabe’s passing, Mnangagwa called on the country to set aside their differences and come together to remember the past and look to the future as a united, proud, independent and free nation.

Zimbabwe’s government has, according to media reports in that country, been dismissive of most of the exiled ministers, including Zhuwao, saying they are being opportunistic and trying to peddle an anti-Mnangagwa narrative.

Mugabe died more an MDC member than a Zanu-PF member. He even said, leading up to our elections, that he would be voting for Chamisa

Zhuwao, however, said the divide between pro-Mugabe and pro-Mnangangwa Zanu-PF members was in existence even while Mugabe was alive.

Zhuwao said he was among those “in Zanu-PF who had proposed a framework within which Nelson Chamisa [leader of the opposition party, the Movement for Democratic Change (MDC)] would be supported by those in the ruling party who were strongly opposed to Mnangagwa taking office”.

He said they were supported by the former president, who was rumoured to have voted for Chamisa in the elections last year.

MDC deputy spokesperson Luke Tamborinyoka told City Press: “Mugabe died more an MDC member than a Zanu-PF member. He even said, leading up to our elections, that he would be voting for Chamisa.”

Related Links
Robert Mugabe’s tattered legacy: An educated man who refused to learn
Zimbabweans divided on Mugabe legacy
Mugabe: Despot, narcissist and murderer
Share
Next on City Press
Covid-19: First antibody test gets green light in SA, but use will be limited

Read more on:
robert mugabehararezimbabwefuneral
MONEY MAKEOVER
Podcast | Mistakes to avoid with your own business