It’s not often that municipal employees stage a protest over where their big boss lives.

But that’s what happened this week when Amathole District Municipality staff staged a picket outside its East London headquarters in protest against, among other things, municipal manager Thandekile Mnyimba’s “extended stay” at one of the city’s fanciest hotels.

The municipality, however, insists that Mnyimba pays for his own accommodation at the Southern Sun Hemingways hotel and that it is a “private matter”.

But the municipal employees are having none of it.

At number three on the list was the matter of Mnyimba’s alleged “indefinite” use of bodyguards and his “extended” hotel stay. They claim he has been staying there since he was appointed in June 2017.

They are also complaining about fruitless and wasteful expenditure and procurement irregularities racked up by the council, and further accuse Mnyimba of suspending 58 staff members on full pay for five months after they demanded protective clothing for work.

They also charge that Mnyimba, who earns R2.4 million a year, and his top managers received two salary increases while they never received the bonuses and increases due to them.

Treasury portal Municipal Money shows that the district municipality received a qualified audit by Auditor-General Kimi Makwetu, spent nothing on repairs and maintenance in the past financial year, and had a debtor’s collection rate of only 51.3%.

Municipal counsellor Similo Sitole, the chief whip of the United Democratic Movement, said they wanted Mnyimba’s lengthy hotel stay to be investigated. He also said the UDM would raise the matter at the East London-based council’s next scheduled meeting on Tuesday.

City Press obtained documents that showed that Mnyimba checked into the hotel on Monday this week and out on Friday.

He occupied a standard room at a cost of R1 700 per night.

When City Press called Mnyimba’s cellphone number on Thursday evening, a male voice answered the phone. On hearing it was a media inquiry, the man claimed he was not Mnyimba.

“You are not speaking to him. Yes, this is his phone. He left it with me. I am his driver, Sihle. I have already dropped him off. You can call him tomorrow from 9am when I am next to him. He is using another cell number, but I am not allowed to give it to you,” the man said.

Contacted again on Friday after sending questions to his office, the same man, in an irritated voice, responded: “This is not him and this is my phone. Why don’t you call him on his cellphone? Tell the person who gave you this number to give you the correct number.” He then cut the call. 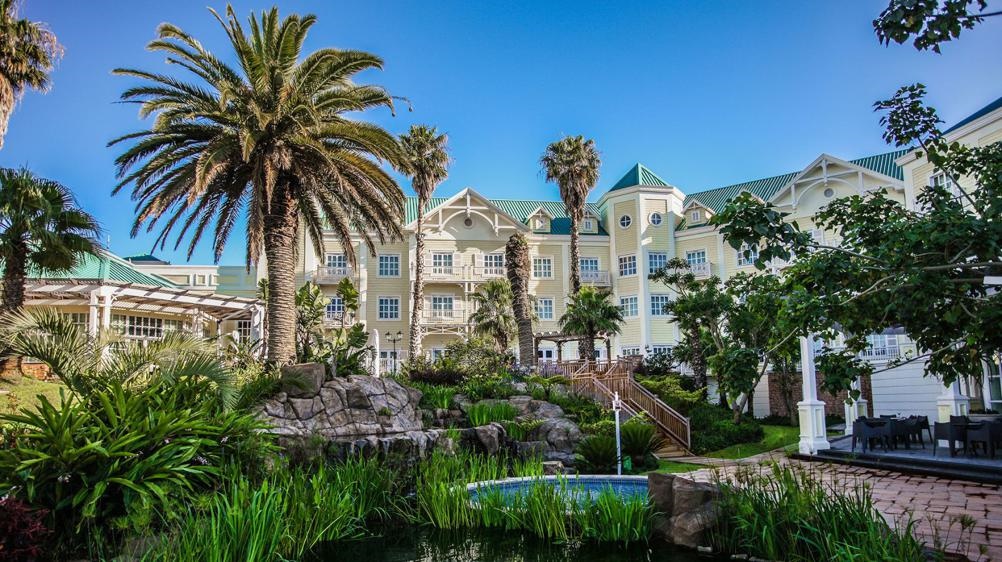 Thandekile Mnyimba's stay at Hemingways hotel in east London is a private matter, the municipality insists

Madikizela-Vuso said the council had a turnaround strategy in place that involved reviewing staff numbers, not paying performance bonuses and having a moratorium on filling vacant positions.

Ngcukayitobi confirmed receiving the letter from the disgruntled employees and said he was “dealing with the matter”. About the hotel, Ngcukayitobi said if Mnyimba was paying his own bill it would be “none of our business”.

Mabuyane’s spokesperson, Mvusiwekhaya Sicwetsha, confirmed that the premier had received the letter and asked the mayor to attend to the grievances and report back to him next week.

Mnyimba is no stranger to controversy. In 2012 the Mail & Guardian newspaper reported that the Cape Town High Court set aside his appointment as Oudtshoorn Municipality’s municipal manager because he was unqualified for the job, did not meet the position’s minimum competency levels, and was the least suitable of five candidates shortlisted for the position.

Are the council’s employees correct to be concerned about where the municipal manager lives, or is it none of their business?

SMS us on 35697 using the keyword MNYIMBA and tell us what you think. Please include your name and province. SMSes cost R1.50. By participating, you agree to receive occasional marketing material