National Awards: The great and the good President Cyril Ramaphosa presents the Order of Ikhamanga in Silver to actress Lilian Dube at the National Orders awards on Saturday. They are bestowed on distinguished citizens and eminent foreign nationals who have helped build a free and peaceful democratic South Africa, and improved the lives of South Africans Picture: Kopano Tlape / GCIS

Distinguished South Africans and foreign nationals were honoured at an investiture ceremony where President Cyril Ramaphosa awarded them National Orders on Saturday. Vuyo Mkize spoke to some of those who received the country’s highest award, and to their relatives, to find out what it means to them.

Mary Fitzgerald: Order of Luthuli in Silver, which recognises South Africans who contributed to the struggle for democracy, nation-building and human rights, justice and peace as well as for the resolution of conflict.

“She was a woman ahead of her time,” Glenda van Oerle said of her legendary grandmother, Mary “Pickhandle” Fitzgerald.

“She wasn’t domesticated at all, and devoted most of her time to other causes.”

Born in Ireland in 1882, Fitzgerald was one of South Africa’s first shorthand typists and became the first female trade unionist. She became a fierce critic of miners’ ghastly working conditions and was outspoken about the health threats they faced, especially phthisis, called tuberculosis today, which killed many. Van Oerle often rode around the mines on her bicycle, collecting funds to bury the victims properly.

“She would distribute food parcels to the needy and to the widows of the mine workers. She was very compassionate. My father Tommy used to say that she’d sometimes develop a sort of guilty conscience for not spending enough time with her children and would gather them around and make soda bread,” Van Oerle said.

Her grandson, Professor Patrick Fitzgerald – whose father Archie was born from her second marriage to Archibald Crawford – said: “She died when I was six years old. Although I remember her, I didn’t know much about her. My family didn’t share her perspective on the world. It was all censored. It’s actually quite ironic that I found out about her when I was involved in the struggle, working in the ANC underground and as a student leader.

“I guess I have that bond of activism with her, but it’s an intangible bond because it didn’t come from family culture. In a sense, through the years, I was probably emulating her.”

Van Oerle said the family was “very pleased” with the award. “She was a very strong woman, a ground-breaker who paved the way for a lot of women.”

Sipho “Hotstix” Mabuse: Order of Ikhamanga in Silver, which recognises South Africans who have excelled in the arts, culture, literature, music, journalism or sport. 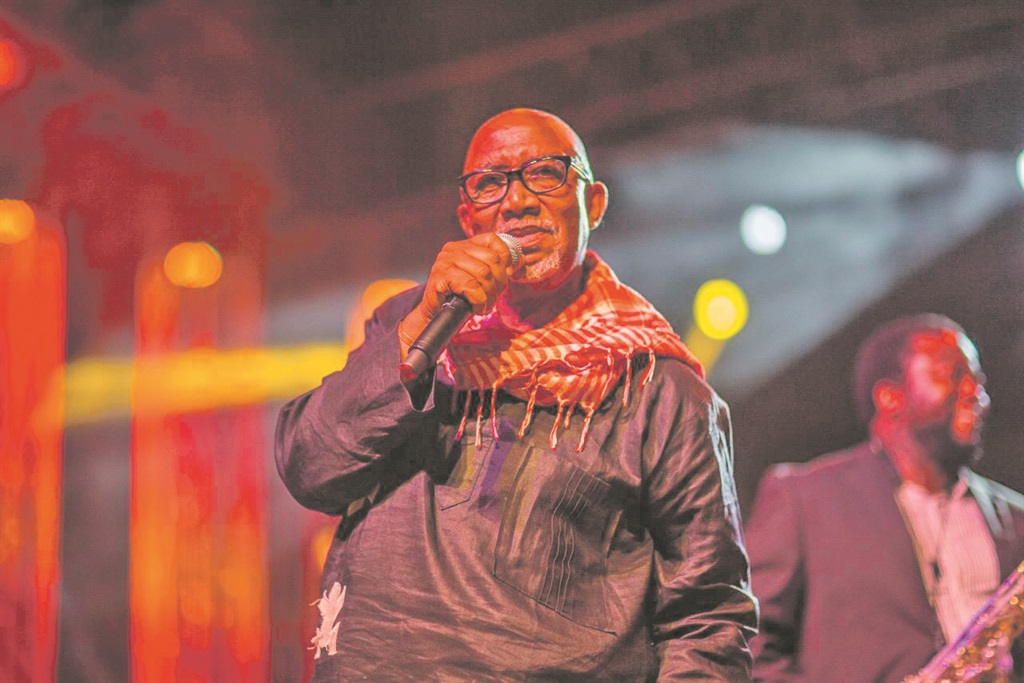 Mabuse received the award for his contribution to music and social cohesion. Chancellor of the National Orders Cassius Lubisi said Mabuse’s “spellbinding music” had captured the nation’s imagination.

Mabuse told City Press on Friday: “Music to me is inherent. It is not a career limited by time and space. I never feel like I’ve done enough. I’m always trying to better myself.

“I’m so very grateful because I’m probably one of the privileged few to get the award. I didn’t expect it so soon. It’s more than just an award. This one is about the nation saying thank you to me and for that I’m honoured.”

Mabuse was born in Johannesburg in 1951 and began playing the drums at the age of eight. His mastery of the instrument lent him the nickname Hotstix. He has since mastered instruments including the flute, piano, saxophone, kalimba, alto flute, timbales and African drums.

Three weeks ago, the University of Johannesburg honoured Mabuse with its Ellen Kuzwayo Council Award, because of his outstanding contribution to the higher eduction sector.

He dropped out of school in the 1960s but was determined to get his matric certificate. He signed up at the Peter Lengene Adult Basic Education Training School in Klipspruit, Soweto, where he passed his matric in 2012, at the age of 60.

“I hope this silver award is not the ultimate for me. I still hope to get gold. Then I will feel like I’ve done my bit. There’s still so much I want to do.”

The 91-year-old anti-apartheid activist received the award for her “tenacious fight for freedom” and her steadfast support of jailed freedom fighters. While she was married to Pan Africanist Congress leader Robert Sobukwe, she was a struggle stalwart in her own right and was affectionately referred to as “Mother of Azania”.

Her son Tebello said: “I can remember a very resilient person who didn’t want us to stay in our sadness, but to always move on. She was very resourceful and got a lot of help from family and those around her.”

He said she was “terribly honoured” to receive the award but, because of her frail condition, couldn’t attend the ceremony.

Tando Sipuye, who nominated Sobukwe, is part of The BlackHouse Kollective, a group advocating black liberation. He said Sobukwe was receiving this long-overdue honour in the year marking the 40th anniversary of the death under banishment of her husband.

“She wasn’t only a wife; she challenged the racist apartheid state too and confronted police when her husband was denied care while ill in detention. We are pleased that she has been awarded and, moreover, that now people will start having conversations about who she was and that her contribution will be recognised.”

Sipuye said he wrote a letter to the presidency to ask for a new order dedicated to women.

“There are two orders named after men, namely Albert Luthuli and Oliver Tambo, but none named after women. This shows that the orders are still elitist and patriarchal.”

Sipuye lamented the fact that there were no academic articles about Sobukwe’s life.

“The only thing that came up about her on the internet was an excerpt of her testimony at the Truth and Reconciliation Commission. Perhaps now, academia will take note of her. It is an honour too late for someone of her stature.”

The actress, author, former model, TV presenter and advocate received the award for being what she says is a “consistent advocate for equity and justice in the arts”. Best known for her role in the 1980s Sepedi TV drama Bophelo ke Semphekgo and her days as a Drum magazine cover girl, Ribane laughs shyly at the list of accolades she acquired.

“I laugh because I know people who have worked much harder than I have. It’s such a humbling honour for me because there are others who I wouldn’t even begin to touch in their excellence. Yet someone was watching what I’ve been doing and thought me worthy.”

Born in Ga-Sekhukhune, Limpopo, and raised in Mamelodi, Nakedi started her modelling career in the early 1980s and quickly advanced to become one of the country’s top models of her era.

She began acting in the late 1980s and appeared in numerous local and international TV series including Molo Fish, Soul City and miniseries Ekhaya: A Family Chronicle (1997) and Human Cargo (2004).

She published her first book Beauty ... A Black Perspective, in September 2006.

“Growing up, I didn’t think I was an activist. I didn’t understand why people were being treated differently or unfairly. I’d get into a lot of trouble and was defiant. In Mamelodi, if I’d go into a shop that had signs for chairs for whites only, I’d go and sit there. I spent a whole year in detention.”

Ribane said despite South Africa being 24 years into democracy, inequalities persisted, including gender-based inequality, particularly in the arts industry.

“Most of the stories we do on TV are written and produced by men. I’d like to see more women at the forefront. There are so many stories to tell. Heroines aren’t just the women in suits working in offices. There are heroines everywhere and their stories need to be told.”

We live in a world where facts and fiction get blurred
In times of uncertainty you need journalism you can trust. For only R75 per month, you have access to a world of in-depth analyses, investigative journalism, top opinions and a range of features. Journalism strengthens democracy. Invest in the future today.
Subscribe to News24
Related Links
List of national orders includes Moseneke, Sobukwe and Sirleaf
Hotstix has a bone to pick with government
Next on City Press
Employees and employers frustrated as Ters system ‘more down than operational’