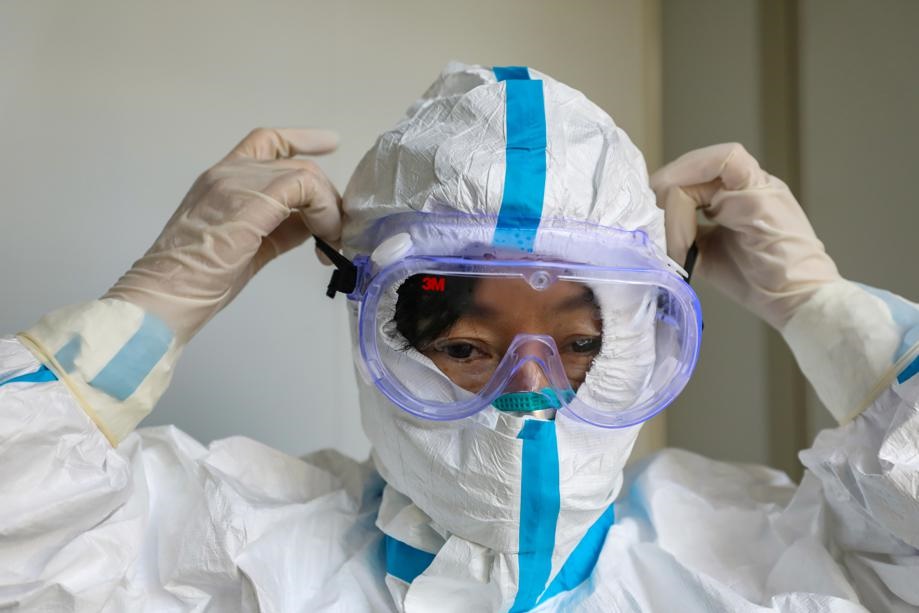 A doctor puts on protective goggles before entering the isolation ward at a hospital, following the outbreak of a new coronavirus in Wuhan, Hubei province, China on Thursday. Picture: China Daily via Reuters

South Africa remains on high alert despite assurances that no cases of the deadly coronavirus have been confirmed in the country.

Health Minister Zweli Mkhize gave an update on the coronavirus on Friday morning, just hours after it was declared a global emergency by the World Health Organisation (WHO) on Thursday night.

Mkhize welcomed WHO’s declaration of the virus as “a public health emergency of public concern”.

“This sets in motion an enabling framework to ensure that there is a concerted multinational collaboration to detect, contain and to stop the spread of the coronavirus,” he said.

NEWS: #Coronavirus declared a public health emergency of international concern by @WHO.

More info, including tips on how to stay healthy: https://t.co/tsGUhNhrv2 pic.twitter.com/ZDyTXeVXyg

“I want to ensure South Africans that to date, there is no confirmed case of the coronavirus in South Africa. If there was any, we would have been able to confirm a diagnosis as we have the facilities to do so.

“The emergency operating centre was activated last night and is currently operational. We are currently building up the staff numbers that we need and this means that we have dedicated staff working exclusively on the corona virus, monitoring and responding to all reports.”

Mkhize said two South Africans were under the coronavirus quarantine, in China, where the virus was first detected last month, after the country’s WHO office received cases of pneumonia in Wuhan, the capital of central China’s Hubei province.

“At this stage there is no report of any South African citizen who has contracted the virus,” Mkhize said.

“We are aware that two South Africans are currently under 14-day quarantine in Tianjin, after they were moved from Wuhan for observation.”

The virus has killed more than 200 people in China with more than 9 000 cases of infection confirmed. Various measures have been put in place by international stakeholders, including several airlines which have suspended flights to China. Some countries have closed their borders with China. Meanwhile, the screening of travellers, especially those arriving from destinations in Asia, has been intensified at South African ports of entry.

The department of health has released a list of “dedicated centres for isolation and treatment of people who are infected with the coronavirus”.

@HealthZA has published a list of designated health facilities that will be able to contain and manage suspected cases. These facilities will help us manage data. Even the common flu is treated with suspension.Says Minister
@DrZweliMkhize @nicd_sa @bandilemasuku pic.twitter.com/9Z1akcRDtZ

However, the department emphasised that “this by no means is to say if a patient finds themselves in another facility they will not be appropriately managed”.

“It just means all patients will be required to be referred here,” it said.

Mkhize said measures were in place to monitor the virus and understand its effects. He said “more evidence was needed to determine whether or not a carrier of the virus could infect a non-carrier or not”.

“The incubation period – the period between exposure to an infection and the appearance of the first symptoms – is currently believed to be up to 14 days.”