No order too tall for Lamola 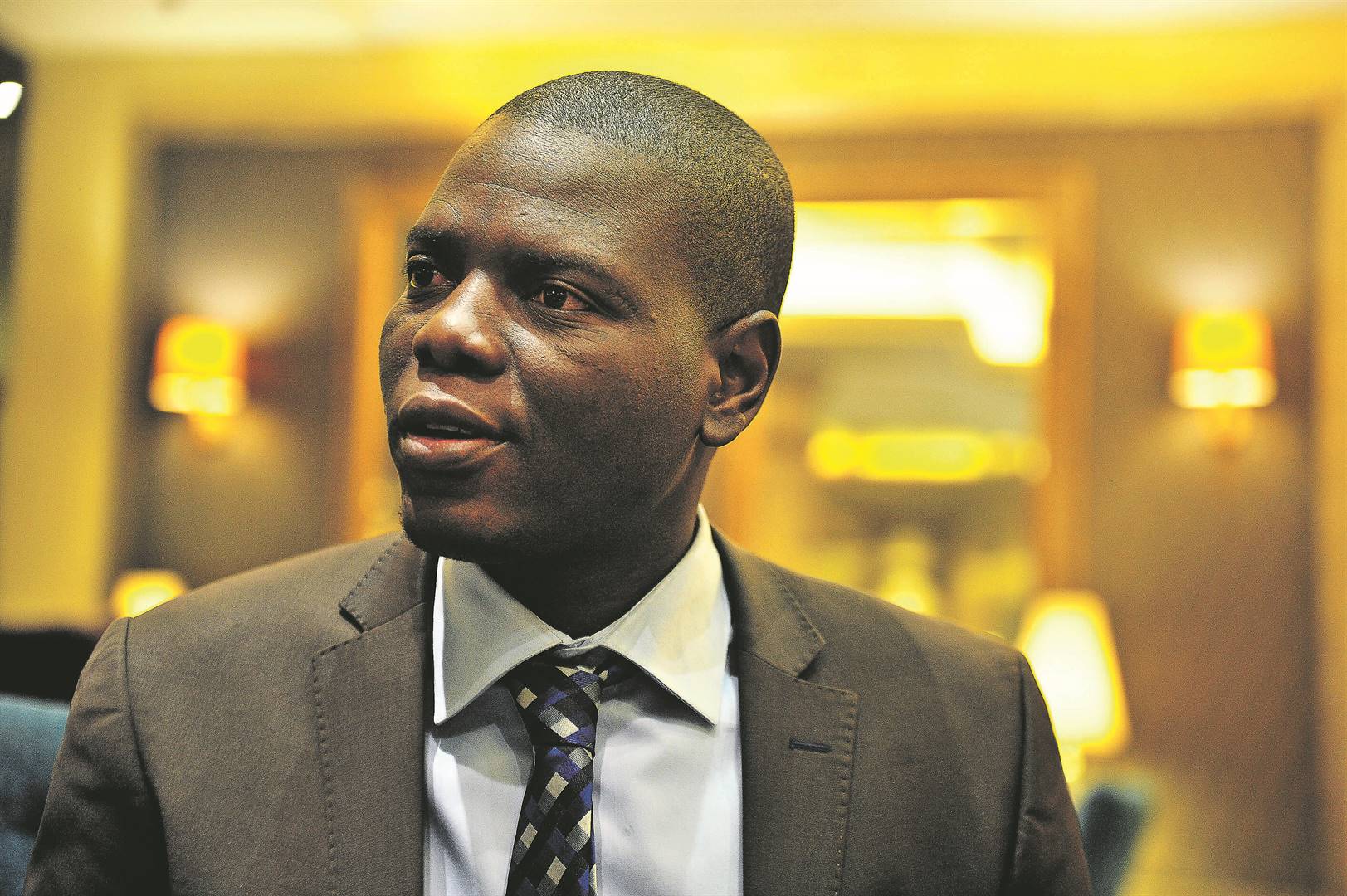 The impossibly tall Ronald Lamola struggles to get comfortable on a low one-seater couch; he folds and unfolds his long legs before finally leaning back into the pastel blue velvet frame of the couch.

“I’m too tall for this thing,” he says, punishing a piece of gum.

It’s exactly a week since the comeback kid of South African politics was sworn in as minister of justice and correctional services.

I joke that he must speak freely and feel free to bare his emotions.

“Hayi, I am not the crying type,” he says, laughing as if to emphasise this, flashing the dimples that have given him newfound currency on social media.

“Babethi ngimnyama yazi, manje sengimuhle [They used to say I’m too dark, now suddenly I’m handsome]. But it is life, what can you do?” he says, his words punctuated by more laughter.

A lot has changed in a week, but Lamola insists that for the most part his life will remain the same.

“We are still human beings, we did not fall from heaven; we breathe the same oxygen; we buy from the same malls; we go to the same gyms. I don’t do gym though because the last time I tried exercising I only went for 20 minutes. But I enjoy playing soccer and cycling to keep fit when I am around Gauteng.”

Just last night he had scheduled this interview at his home, forgetting that he had a date with his wife. He explained in hushed tones that he was expected at the movies in 15 minutes. After a quick negotiation in the lounge, with brightly coloured animation singing nursery rhymes in the background as his young son watched entranced, we agreed to reschedule.

“We watched [a John Wick film]. It was actually very good,” he says of the movie night.

While some believe that the disbandment of the ANC Youth League by the national executive committee (NEC), on the recommendation of the then chair of the disciplinary committee Cyril Ramaphosa, and the loss of the 2015 youth league conference to Collen Maine defined the lawyer, he says this is not the case.

“I was defined by the struggles of the youth league. For me, the most defining moment was the Gallagher conference in 2011, which redefined the politics of South Africa and shaped the political discourse. With the policies which were adopted on economic freedom, the cardinal pillars, I think that conference captured the imagination in a manner that no movement has ever captured it since 1994.”

The former deputy president of one of the most militant eras of the youth league – then led by Julius Malema – maintains that the NEC erred in resolving to disband the youth wing which sponsored the hot debate on the expropriation of land without compensation and nationalisation of the SA Reserve Bank.

“It was a wrong decision, there was no need. Even at the time, we told the ANC that we did not agree, but the NEC as the highest decision-making structure made that decision so there was nothing we could do and we were not prepared to go to court.

“I always believe organisational issues must be resolved internally. No matter whatever the level of injustice, we must always find a political solution. That is why even after the 2015 congress we did not go to court when there was clear flagrant flouting of the rules.”

He believes the solution to the woes of the ANC is to put an automated membership system in place.

“It is something we have already started with and I think the youth league must also be subjected to that automated membership system because it is going to kill gate-keeping.”

On other reforms that the governing party must make, the youngest minister in Ramaphosa’s new Cabinet believes that campaign funds must be disclosed for internal contestation.

“People must tell us where they got the money from in the process of campaigning and moving up and down. It is a platform we need to explore as the ANC because we are no longer living underground, we now live in an open and transparent system of governance.”

Lamola, who emerged in the top 10 of the NEC during the 2017 Nasrec conference that elected Ramaphosa as ANC president, says he feels a burden to succeed in his new role.

“I don’t have a choice, I must succeed and I want to do it for many young people of this country, not only in the party, but in society as a whole.

“I want to give the youth a chance in various sectors of the economy. I believe that young people can make a meaningful contribution to our economy. Our economy cannot grow because the youth are the majority and they are excluded from the mainstream economy,” he says, as he continues manoeuvring the gum mid-sentence.

Faced with the mammoth task of cleaning house, particularly in correctional services, Lamola has already begun conceptualising the legacy he will leave at the department.

“I want to see an automated integrated system happening in the criminal justice cluster, where information and communications technology becomes what drives the justice system for efficiency. If we are able to get that right we will be able to collect the data that government collects from various people who interact with the justice system, for example with home affairs, and that can only bode well for an efficient government in the coming years,” he said.