The police and law enforcement, who are meant to protect and serve, are at the forefront of criminality and corruption.

These were the sentiments shared by Pretoria residents, taxi operators and owners of the looted shops in and around Lillian Ngoyi Street in the Pretoria CBD on Wednesday afternoon.

“Nothing will ever go right in this country because those entrusted with upholding the law are the main perpetrators and are worse than the very criminals they claim to be hunting,” said Thabo Majeke, a taxi driver who operates around Pretoria.

Majeke, who was shot with a rubber bullet when police fired at the crowd during riots in the central district of Pretoria on Wednesday, said he had been a taxi operator for more than five years and had witnessed numerous exchanges of money and drugs between police and drug dealers.

“What happened yesterday was worse because all this began because someone saw the police transporting the drugs. They saw them. We even know the guy they took the drugs from,” he told City Press. Majeke’s claims come after it was alleged that the protests and looting broke out following the shooting and subsequent killing of a taxi driver who witnessed an exchange and sale of drugs and attempted to intervene.

Majeke added: “The cops have failed us a lot. They are the main wrongdoers. Enough is enough now.

We have seen them collect money from these ‘nyaope’ people.”

Twenty-six-year-old Ripon Mia, who hails from Bangladesh, has been a shop owner on Lillian Ngoyi Street for more than six years and was shattered by the looting of his livelihood.

“I did not even get to open my shop. When I came to check they had taken everything from my shop.

We have nothing and we come here for a better life. We are not selling drugs. I don’t know who is selling drugs,” he emotionally told City Press as shots were fired around us. 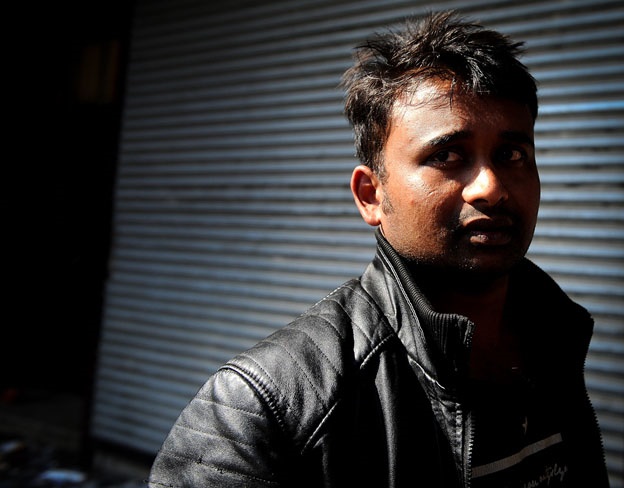 His neighbour, Abdul Muhammad, an Ethiopian national, had his two shops burnt to the ground and firefighters were unable to salvage a single item.

“I don’t understand why we we suffer like this when we have done nothing wrong. Even these taxi owners know me. I know nothing about a murder,” he said.

He said his biggest worry was losing his asylum papers which had been burnt to ashes together with his shops. A fire fighter tries to put out a fire after protests in the CBD became violent with looting and burning of shops. Picture: Rosetta Msimango/City Press

“Yes, they raised issues around the fact that they have footage showing police officers taking money from drug addicts. We agreed that we will work together with them to identify these people,” he told City Press.

“We also agreed that an internal investigation will take place immediately around this issue. All police vehicles that have visited that area will be identified and those who were driving them will be asked to explain what police work they actually conducted during those visits.” According to Mawela more than four shops were burnt down and “16 arrests have been made of people who have been found in possession of stolen goods”.

“We also agreed that operations will go back to normal tomorrow [Thursday] but we know that there will always be those opportunistic criminals such as those who have looted shops that will try to stop this from happening.”