The SA Police Service (SAPS) is planning to promote 37 former Umkhonto weSizwe (MK) and Azanian People’s Liberation Army (Apla) freedom fighters to the top rank of General – a move that could see some of them skip as many as five ranks.

According to police planning documents obtained by City Press’ sister publication, Rapport, these 37 generals form part of a group of nearly 600 former non-statutory forces (NSF) who could soon expect a huge promotion.

In one exceptional case, a Sergeant could become a Brigadier (leaping seven ranks), 27 captains are to be promoted to Major General (a jump of five ranks) and 48 Sergeants will be promoted to Colonel (also five ranks).

Once the process is complete, 600 of the 601 former MK and Apla members in the police service will be officers.

According to trade union Solidarity, the targeted promotion process of former freedom fighters began last year when a Brigadier was retrospectively promoted to Major General after he retired.

If the police were to execute these promotion plans, it would mean that there will be 10 new Lieutenants General and 27 new Majors General.

READ: 'The worst is yet to come': MK vets fight for recognition

In comparison, according to the most recent statistics, there were 257 police generals in the 2016/17 financial year.

Last month, Finance Minister Tito Mboweni said the public service has too many senior managers and immediate steps should be taken to start scaling back on these posts by using voluntary severance packages.

Solidarity is fighting the proposed promotions and will approach the Pretoria High Court to permanently halt the so-called re-ranking of the NSF.

Solidarity obtained documents relating to the promotions following a Promotion of Access to Information Act application.

The application landed in the high court on several occasions because the police service initially refused to supply the requested information. The court eventually decided in favour of Solidarity.

According to Zirk Gous, a former Brigadier in the SAPS and now the union’s coordinator of police affairs, the police have kept the re-ranking project quiet, but police documentation obtained by the union confirms that plans are well under way to being implemented.

Gous claimed that the promotion plans were unfair towards career police officers; were not in the public interest; and could have a direct impact on law and order.

Members of the NSF were integrated into the old defence force, police and intelligence services after 1994.

The police service awarded ranks to the approximately 1 000 new police officers based on their qualifications and experience.

The police documents make it clear that over time there was unhappiness among the former freedom fighters because they believed that their ranks were too junior.

According to Gous, there are about 150 000 members of the police force in uniform. There are currently 2 000 vacant police posts that must be filled by 2021.

If the promotions are implemented at this point, it would mean that the NSF, representing just 0.4% of the police force, would receive 30% of the available posts.

The union has also laid charges of fraud and misrepresentation at the Lyttelton Police Station in Centurion against former national police commissioner Khomotso Phahlane, section commissioner of human resources management Lineo Ntshiea, as well as deputy national commissioner of personnel BC Mgwenya.

The charges relate to the promotion of retired Brigadier Abia Molaba, an NSF member who retired in March last year.

Phahlane and the other generals who are the subject of the complaint allegedly retrospectively promoted Molaba to the rank of Major General after he had already been on pension for a month. 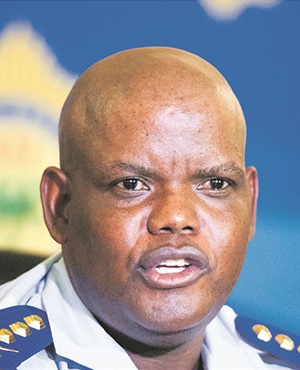 The promotion was allegedly made without approval by the minister and deputy minister of police, which is an administrative requirement.

The police did not respond to several requests for comment by the time of going to print. – Rapport

We live in a world where facts and fiction get blurred
In times of uncertainty you need journalism you can trust. For 14 free days, you can have access to a world of in-depth analyses, investigative journalism, top opinions and a range of features. Journalism strengthens democracy. Invest in the future today. Thereafter you will be billed R75 per month. You can cancel anytime and if you cancel within 14 days you won't be billed.
Subscribe to News24
Related Links
SAPS launches new strategy to root out corruption within its own ranks
Cele: The SAPS is making inroads in combating cash-in-transit heists
‘The worst is yet to come’: MK vets fight for recognition
Next on City Press
‘If I have to die for justice to prevail, so be it,’ says Senzo murder accused’s sister