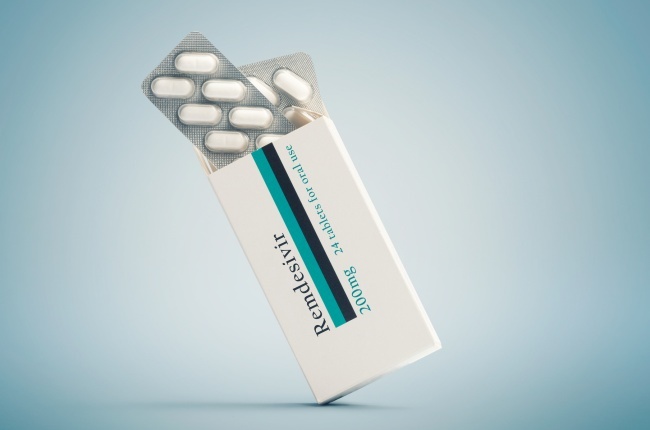 As the dispute about the pricing of remdesivir – a potential Covid-19 antiviral drug – intensifies, with heated arguments regarding access to and pricing of medicines and medical interventions during a pandemic, at least one more generic pharmaceutical company has entered the fray

As the dispute about the pricing of remdesivir – a potential Covid-19 antiviral drug – intensifies, with heated arguments regarding access to and pricing of medicines and medical interventions during a pandemic, at least one more generic pharmaceutical company has entered the fray.

The drug – which was found to reduce the recovery time of patients hospitalised for Covid-19 and needing supplementary oxygen therapy from 15 to 11 days, according to a preliminary report published in the New England Journal of Medicine in May – has raised a bone of contention among health activists and academics, not only because of its modest results in efficacy, but also because of its hefty price tag.

Moreover, as the country ends yet another week of observing a downward trend in new daily infections, and the number of locals hospitalised for Covid-19 also continues to dip, questions have been raised about whether the drug still has an immediate and pressing role to play in South Africa.

This week, Hetero told City Press that it had received authorisation from the SA Health Products Regulatory Authority (Sahpra) to import the drug under section 21 of the Medicines and Related Substances Act.

This section allows the regulatory body to authorise the sale of unregistered medicine (like remdesivir) or medical devices for certain purposes during a specified period.

The regulatory authority has issued section 21 authorisation to seven generic manufacturers awarded licences to produce the drug by the originator company, Gilead, in the US.

Hetero said it would be importing 60 000 vials of it per month “to provide relief for Covid-19 patients until the pandemic is over”, and that it would be available at all private healthcare facilities.

Further, it said it was in talks with the national department of health to also bring remdesivir in for public sector patients.

Popo Maja, the health department’s spokesperson, told City Press that the department had been approached by several pharmaceutical companies offering to provide the medicine.

“Any procurement decision will follow the usual contracting process with interested suppliers. However, given that remdesivir has not been included in South Africa’s Covid-19 treatment guidelines, the procurement processes haven’t started,” he said.

He added that remdesivir had not met the criteria for inclusion in the medicine selection for Covid-19 treatment.

“Medicine selection for inclusion in clinical guidelines is based on principles of equity, evidence-based medicine, public health relevance, safety, effectiveness, cost, affordability and implications for practice. Remdesivir did not meet these criteria.”

“Further to this, each authorisation has mandatory reporting of treatment outcomes as a condition of the authorisation,” he stated.

“When Hetero submitted its application for 60 000 vials per month to Sahpra in July, the number of cases in the country was high, and was increasing by between 13 000 and 14 000 new cases per day,” Bhavesh Shah, director of international marketing at Hetero Labs, told City Press.

However, while acknowledging that the number of daily cases in the country had “drastically gone down”, Shah was adamant that the drug still had a role to play in reducing mortality rates related to Covid-19.

Hetero has made its product available at R870 per vial (excluding VAT) for patients in the private sector.

Shah said 90% to 95% of patients usually needed six vials per treatment and, in very rare cases, up to 11 vials, bringing the total cost to R9 570 per person.

Gilead itself has come under fierce criticism because of its price tag of more than $3 000 for a five-day course of the drug (six vials).

A FIGHT FOR THE RIGHT PRICE

“We don’t know whether the prices charged by the generic companies are fair or reasonable. They could be because of the global situation and what things cost – such as the price of the active pharmaceutical ingredient, and so on – but drug companies are notorious for not making that data available. They say: ‘Yes, $55 is reasonable.’ But we’re asking: ‘How do we know that? Show us your terms and conditions with Gilead,’” said Fatima Hassan, head of the Health Justice Initiative.

This week, the Competition Commission confirmed it would be investigating the pricing of remdesivir from Gilead, and from generic companies that had acquired “voluntary licensing agreements”.

This after the Health Justice Initiative and Ezintsha (a sub-syndicate of the Reproductive Health and HIV Institute at Wits University) jointly referred the medicine pricing matter to the Competition Commission for examination and review in July. They asked the commission to fully examine the basis of prices being charged by all suppliers of remdesivir, including any generic licences for the drug for South Africa in both the public and private sectors.

Professor Francois Venter, head of Ezintsha, said: “While we’re not against manufacturers making a profit, we’ve seen so much profiteering in other areas – such as personal protective equipment – that we have to keep an eye on what is reasonable profit, and balance a company’s need to cover its overheads against people actually surviving.

There’s no pricing regulation for section 21 drugs – in essence, it’s a free-for-all
Fatima Hassan, head of the Health Justice Initiative

Hassan added:“The drug confers modest benefits in terms of treatment, but that’s enough to justify its use, considering that it seems to cut off a few days of hospitalisation. The problem is that the cost from the originator is probably high.

“There’s no pricing regulation for section 21 drugs – in essence, it’s a free-for-all. The regime in South Africa for private-sector pricing is the ‘single exit price’, which is the maximum price that can be charged for a drug.

“What we’re saying is that, at the moment, the single exit price regime is limited. It doesn’t cover all medicines for both sectors and doesn’t include the international benchmarking and international price comparisons. Some of the preliminary studies we used when approaching the Competition Commission showed that we’re an outlier and are paying too much for remdesivir compared with developed nations.”

This was another reason for an intervention by the commission, she said.

We live in a world where facts and fiction get blurred
In times of uncertainty you need journalism you can trust. For only R75 per month, you have access to a world of in-depth analyses, investigative journalism, top opinions and a range of features. Journalism strengthens democracy. Invest in the future today.
Subscribe to News24
Related Links
Covid-19 Report 2: Questions that don’t yet have answers
‘We’re suffocating’: Caught between Covid-19 and polluted air
Makwetu flags wastage, lack of proper controls on Covid-19 relief funds
Next on City Press
Gauteng records highest number of new daily Covid-19 cases, hospital admissions skyrocket

view
Voting Booth
Tourism Minister Mmamoloko Kubayi-Ngubane will act as health minister after President Cyril Ramaphosa placed Health Minister Dr Zweli Mkhize on special leave while the SIU completes the probe into the irregular Digital Vibes contract. What are your thoughts on this?
Please select an option Oops! Something went wrong, please try again later.
Special leave is a whitewash.
40% - 108 votes
SA’s tourism sector needs undivided attention.
4% - 10 votes
Let's wait and see
10% - 26 votes
What is the point of deputy ministers?
47% - 127 votes
Previous Results
The best of 2020
Can you guess who featured in our most popular articles from 2020?