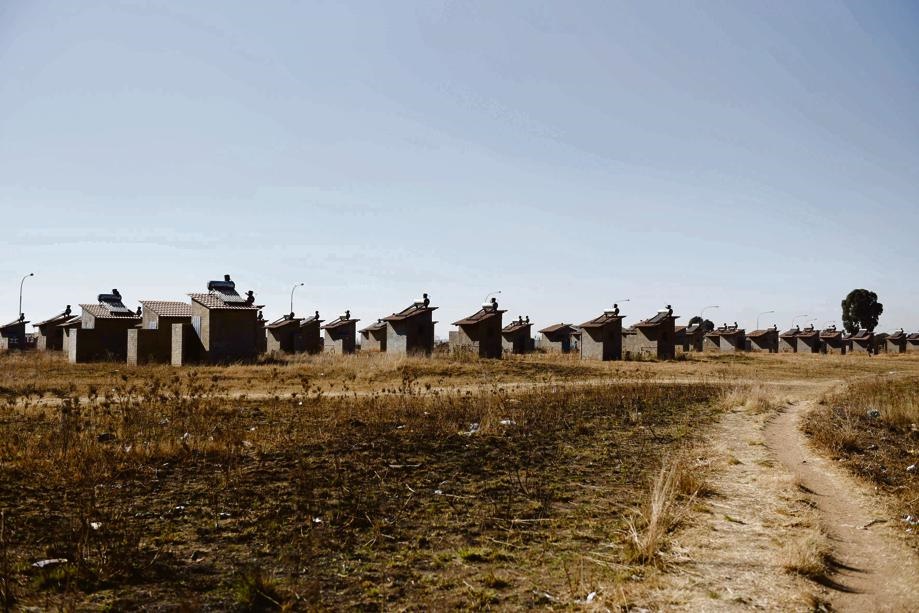 In Daveyton, the toilet buildings without their most important component, houses. Picture: Tebogo Letsie

They were promised RDP houses with showers and toilets.

But instead, the Ekurhuleni Metro built toilets and shower units with solar geysers on top – and said these amenities were not for them.

Residents of Mayfield, outside Daveyton, told City Press that this was what they received after being on a housing list for up to 21 years.

Four years ago, they claim, they were again promised houses.

They were told that when the new financial year began, these would be built on a property next to the Gaddafi and Baghdad informal settlements where they live.

Three years ago they were full of excitement when the building started, eager to move into the houses they claim they were told by “officials from the housing department” would be theirs.

But years later, there is still not a single house built, not one foundation dug or one pile of bricks delivered to Mayfield Extension 45.

City Press visited the informal settlement last week and spoke to several would-be recipients of what appeared to be abandoned toilet and shower units.

They told of officials who instructed them to move their shacks on to the properties when the toilet units were completed, and to wait for the houses to be built, but they refused.

They believed the municipality would take many more years to build their homes, and thought that by refusing to move on to the sites they would force the metro to speed up the process. The toilet interiors have been vandalised

But the executive mayor of Ekurhuleni, Mzwandile Masina, told City Press on Friday that the structures were never intended for the residents of the adjacent informal settlements.

“There will be no (council-built) houses,” he said, explaining that a process to identify eligible “missing middle” beneficiaries was now under way.

The abandoned toilet units were built at a cost of R20.5 million, according to a statement from metro spokesperson Themba Gadebe earlier this month.

This followed a report from investigative unit Amabhungane that the city had spent R1.9 billion on chemical toilets between 2017 and 2019.

Amabhungane reported that the chemical toilet project, designed to eradicate the bucket system, benefited 16 small suppliers from whom the toilets were sourced.

Critics of the project labelled it a get-rich-quick scheme for “underperforming contractors that left many beneficiaries with dirty and broken toilets”.

Residents of Gaddafi and Baghdad say the council has provided them with one chemical toilet per household, which they appreciate, but they would rather have proper bathrooms attached to proper houses.

For the past three years, the abandoned toilet units have steadily been vandalised by criminals and residents of surrounding areas.

City Press saw some with their doors smashed and toilets filthy, and others with broken windows and basins.

The council has placed security guards on site to protect them.

The solar geysers on several of the structures appeared to have been stolen, and others had been vandalised and rendered useless. Explaining why it has taken three years to assign the bathrooms to eligible recipients, Masina said the “list is very long and dates back to 1994”.

“We want to do a proper audit of the list, because we do not want ineligible people benefiting. We want a fair process and not for some people to jump the queue,” he said.

However, the residents of Gaddafi and Baghdad are having none of it.

Baghdad resident Maria Mabena, who has been on the housing waiting list since 1998, said: “They removed us from different areas to stay close by as they started the building process in 2008.

“They started building the toilets and surprisingly added solar geysers on top and added showers inside. We were then told to erect our shacks on the stands while we wait for the houses to be built,” she said.

“But we suspected that government would not deliver on its promise to build us RDP houses and decided that instead of moving to the site, we would rather wait for the RDP houses to be built first.

“It’s now three years and there is no building taking place. We are receiving conflicting information, but these toilets are now being stripped of the plumbing materials and the solar geysers are also being stolen,” she said.

Another resident, Azaria Billa, said he had been on the list “for a long time, I have forgotten how long”, and was waiting to be allocated a house, but he would not be moving into a toilet.

“We just want decent houses, not decent toilets.” Billa claimed that those earmarked for occupation of the promised houses had been moved from informal settlements in Tsakane, Daveyton, Payneville and Springs.

Baghdad resident Thabo Lekau said his hopes were raised when the project started three years ago.

“When I saw the construction starting I thought they were building the RDP houses as promised, but I was later surprised when I realised they were building toilets. We were told at the community meeting that houses were to be built later, but until today we are receiving conflicting information regarding the houses,” he said.

Lekau said they were waiting in the hope that one day the municipality would build the houses.

However, Masina told City Press that there was a similar process under way in Palm Ridge where the municipality was developing land, servicing it, and building toilets which it would allocate to qualifying individuals from the “missing middle”.

The project was designed to specifically benefit those residents of Ekurhuleni townships who were renting back rooms, Masina said. Some toilet windows have been smashed

Do you agree with Masina that it is a good idea to build bathrooms on serviced stands for the so-called missing middle? Or should houses be built for the residents of Gaddafi and Baghdad as they were expecting?

SMS us on 35697 using the keyword TOILET and tell us what you think. Please include your name and province. SMSes cost R1.50

Related Links
No toilets and no support from the state
No toilets at school because government didn’t pay the bill
No toilets or classrooms, but here’s a kitchen
Share
Next on City Press
The curious case of SA’s donations worth millions to Cuba