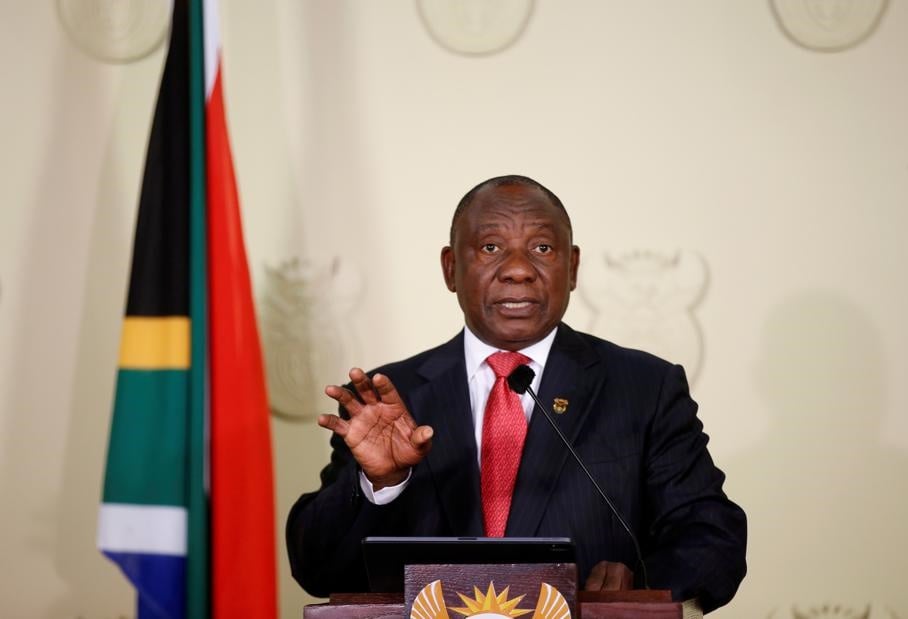 As a precautionary measure against the spread of coronavirus, President Cyril Ramaphosa announced the closure of borders for individuals from high-risk countries. Picture: Siphiwe Sibeko/Reuters

South Africa’s decision to close some borders with Lesotho is disrupting businesses in the tiny mountain kingdom because the owners have to travel longer distances to bring back goods into the country.

South Africa shut down seven borders between neighbours in a bid to control the spread of the Covid-19 coronavirus.

Ntaote Seboka, president of the Lesotho Chamber of Commerce and Industry, said businesspeople would incur more expenses when they import goods from South Africa because they would have to use other borders, which are far.

Seboka said some businesspeople live far from the borders. This meant they would have to increase their prices to cover their costs.

For example, the people in Qacha’s Neck district in the highlands, who usually bought goods in Matatiele on the other side of the border, travel further to get goods since the closure of the Ramats’eliso border.

The rugged terrain worsened the situation, he said.

Seboka said Lesotho relied “100% on South Africa” for trading. “It’s true that some borders are still operating, but those that were shut down will affect Lesotho’s economy badly,” he said.

Ordinary Basotho also cross into South Africa to buy their goods and the border closures meant they were also going to suffer. He said Lesotho’s public health system was poor and a coronavirus outbreak in the country would spell disaster.

Meanwhile, Lesotho Prime Minister Thomas Thabane this week called for all schools to be closed with effect from Thursday. There are no confirmed cases in Lesotho.

Thabane told the press conference on Wednesday that the schools would remain closed until April 20.

He said with cases already confirmed in South Africa, Lesotho should be ready to deal with the pandemic.

Thabane said his government had declared the disease a national emergency. Cabinet ministers would meet every second day to assess the situation.

Read: How SA can co-operate and collaborate to minimise spread of Covid-19

“Prevention is better than cure,” Thabane said. “We all have to stand up against this virus.”

He said shutting down schools would greatly minimise the chances of spreading the virus. Government would also move towards controlling the cross-border movements so that all the people coming to Lesotho from high-risk countries were screened and quarantined for at least 14 days.

He appealed to all Basotho to use the designated border crossings into South Africa during the outbreak of this virus. He said Basotho and students visiting South Africa would be treated in “a special way” that was yet to be communicated.

Thabane made a clarion call to all employees to ensure that workplaces were safe. He urged them to use soap and water to wash their hands thoroughly and called on companies to supply workers with protective clothes.

The intake of prisoners at the Lesotho Correctional Service centres would be minimised. The prime minister urged prison officials to minimise congestion.

“New inmates will be screened for the virus before they are detained,” Thabane said.

He said all Basothos studying outside the country would get the support they needed from the embassies with the help of the National Manpower Development Secretariat.

Thabane advised the Basotho to avoid gatherings of more than 50 people, including at funerals and other functions.

He said all bars should be closed at 6pm so that large gatherings are avoided at all costs.

But Motlalentoa Letsosa, spokesperson of Lesotho’s opposition parties, said Thabane should have referred to the Constitution when he made the pronouncements. “Now he has just spoken like an ordinary man,” Letsosa said.

We live in a world where facts and fiction get blurred
In times of uncertainty you need journalism you can trust. For 14 free days, you can have access to a world of in-depth analyses, investigative journalism, top opinions and a range of features. Journalism strengthens democracy. Invest in the future today. Thereafter you will be billed R75 per month. You can cancel anytime and if you cancel within 14 days you won't be billed.
Subscribe to News24
Related Links
The impact of Covid-19 on job seekers
SA identifies more than 30 locations as Covid-19 quarantine sites
Covid-19: Small-business minister expected to announce R1bn support package
Next on City Press
‘If I have to die for justice to prevail, so be it,’ says Senzo murder accused’s sister