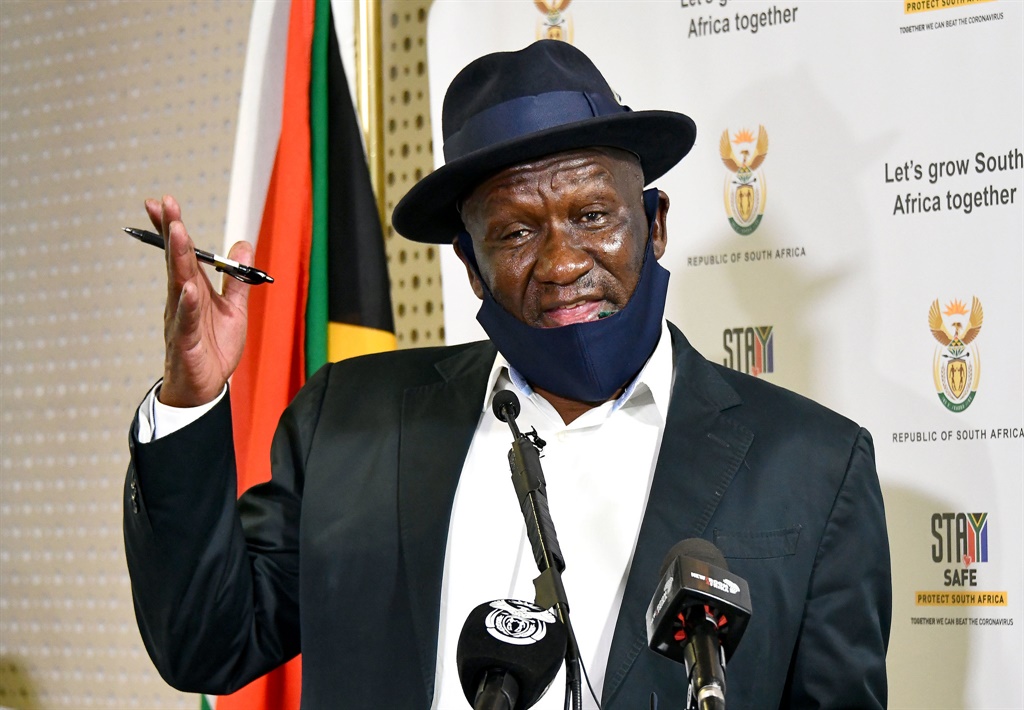 When Police Minister Bheki Cele announced the national crime statistics for the first quarter of this year, which took into account all crimes committed between April 1 to the end of June, he said that the numbers painted a rosy picture that was distorted due to the implementation of the national lockdown ordered by President Cyril Ramaphosa in March.

At the time, Cele said that the decrease in crime levels was largely attributed to lockdown levels 5 and 4, during which people were forced to stay at home under heavy military and police surveillance. But the statistics announced on Friday reflected a country with much greater freedom.

“We know that the decreases [in serious crimes] were largely attributed to the fact that the country was at the time under lockdown. People stayed at home and there were more boots [soldiers and police] on the ground.

“Basically, the environment for crime to thrive was distorted. We also knew that this ‘rosy picture’ would not last forever as the country opened up for business again,” said Cele when he revealed the latest crime statistics in Pretoria on Friday.

He said that, compared with the same period last year, 339 fewer people were murdered in South Africa.

Cele said he would remain critical and vocal about the negative effects of alcohol, despite being criticised by many people for his tough stance.

He said liquor was involved in 829 cases of assault with intent to cause grievous bodily harm and 747 rapes, which he said vindicated his and the SA Police Service’s mission to clamp down on illegal alcohol trading.

“The figures show the consumption and abuse of alcohol is a causative factor in hundreds of murder cases recorded in the second quarter. Of these, 179 murder attempts were alcohol-related.

“More than 1 000 incidents of murder, attempted murder, rape and assault took place at, in or outside liquor outlets such as bars, taverns, shebeens and nightclubs. These figures make it impossible to deny the true effects of alcohol abuse,” he said. On violence against girls and women, Cele said more than 1 000 rapes happened in public places such as parks, parking areas at beaches or in open fields. According to the statistics, more people were raped in KwaZulu-Natal than any other province.

“There has also been a drop in the number of sexual offences reported – this means a 16.8% dip in crimes such as rape and sexual assault was recorded. While there was an 18.8% decrease in the number of rape cases, July, August and September were dangerous months for thousands of women in this country, with8 922cases of rape reported during this time.

“A sample of 5 168 rape dockets revealed that 3 578 persons were raped in their homes or at the home of their perpetrators,” said the minister.

Read: ‘Crime holiday’ over as crime stats go up

Last year, during his annual announcement, Cele said that the crime statistics for 2019/20 reflected a reduction of reports of violent crimes.

He said the significant reduction in the crimes could be attributed to South Africans’ confidence in and citizens’ good relations with the police, which enabled community members to report crimes freely.

Cele said that when families felt safer in their homes, this built and enhanced confidence in the police and the criminal justice system.

He said it was a major concern for the police that educational institutions were becoming hotbeds for sexual violence – 380 cases of rape were reported last year at schools, universities, colleges and daycare facilities. Another crime category that concerned law enforcement agencies was livestock theft, which has increased over the past three years.

“Last year, we made a commitment to deploy intervention measures in this regard, which is yielding positive results, hence stock theft has recorded a decrease of 4.2%,” he said in July.

However, the second quarter statistics showed that, in the three months of reporting – from July to September – there had been 7 339 reported cases of stock theft countrywide.

Cele said 26 322 sheep and more than 14 000 head of cattle were stolen and sold to abattoirs, with the meat finding its way on to the dinner plates of unsuspecting South Africans.

It is clear that armed gangs targeting cash vans are becoming more desperate and ruthless as the year comes to a close.
Police Minister Bheki Cele

He said that, while some provinces had recorded a decrease in stock theft, this was not the case in the Northern Cape.

“If we are to rid the country of stock theft, we have to tackle the whole value chain – from the top right down to which butchery this stolen meat ends up in.

“This crime, which I believe is a form of ‘economic sabotage’, needs to be tackled not just by the police, but [we must] also have the buy-in of other departments that can assist in the tracking, tracing and marking of the movement of stock,” said Cele.

The minister said that another crime that seemed to have increased in the second quarter was cash-in-transit heists, which he attributed to criminals trying to catch up on the lost months during the lockdown.

He said criminals seemed to be in a rush to cash in before the start of the festive season.

“It is clear that armed gangs targeting cash vans are becoming more desperate and ruthless as the year comes to a close. These criminals are stopping at nothing to carry out their criminal acts, often doing so in public spaces near innocent bystanders,” he said.

Cele said, however, that he was pleased that there had been breakthroughs in taking down some of these criminal syndicates, as well as in recouping some of the stolen money.

In September, he said, members of the Tactical Response Team and officers from the Ekurhuleni Metro Police Department took down a gang of cash-in-transit robbers in Dawn Park, on the East Rand, where five of the criminals were shot dead during a shoot-out at a safe house. He said that it was encouraging that the Directorate for Priority Crime Investigation, the Hawks, continued to make inroads in fighting crime by “cornering and taking down these gangs”.

“A multidiscipline investigation driven by the team also resulted in the recovery of more than R3.2 million of the stolen cash,” he said.

We live in a world where facts and fiction get blurred
In times of uncertainty you need journalism you can trust. For 14 free days, you can have access to a world of in-depth analyses, investigative journalism, top opinions and a range of features. Journalism strengthens democracy. Invest in the future today. Thereafter you will be billed R75 per month. You can cancel anytime and if you cancel within 14 days you won't be billed.
Subscribe to News24
Related Links
Caught on camera : Cop beats shop owner to a pulp
Ramaphosa: ‘Social cohesion key in SA’s effort to root out criminality’
Eastern Cape police seek army’s help in stopping livestock theft
Next on City Press
City of Joburg to honour Moerane with official funeral