Calls for President Jacob Zuma to resign were loud and clear at the People's March in Pretoria today.
Ndileka Lujabe/Michelle Bao

United in a single voice, thousands of South Africans from all walks of life called for the immediate resignation of President Jacob Zuma.

The crowd of an estimated 40 000 people from different political organisations, civil organisations, unions and the general public gathered at the Union Buildings in Pretoria in the first mass protest against a sitting government since the dawn of democracy.

In a day characterised by high security, with the presence of police helicopters hovering over protestors and police outside and within the Union Buildings precinct, political leaders, including former Cosatu general secretary Zwelinzima Vavi, called for calm.

Chants for “maximum discipline” was the order of the day as the protestors at times taunted the police who were standing inside the Union Buildings precinct on the other side of the fence.

Save SA convener Sipho Pityana told protestors that Zuma was not going to give up his presidency following today’s protest. “Zuma won’t throw in the towel tonight. It is going to take a lot of effort. We will have to carry on keeping up the pressure until he leaves.”

Pityana urged protestors to stalk MPs by sending them WhatsApp messages to ensure they vote against Zuma in Parliament.

He said it was also up to the ANC to consider cries from its supporters and South Africans.

“Choose between evil and good. It’s your time to remember that and show Zuma the door,” Pityana said.

Pityana said the protest was a success despite several attempts having been made by Zuma’s cronies to discredit it.

He said Zuma’s strides to evade justice would not go unpunished, as an attempt would be made to ensure that the judicial inquiry recommended by former public protector Thuli Madonsela into state capture would ultimately be established.

Vavi said he was one of the people who “stupidly” supported Zuma when he dissolved the Scorpions.

He said since Zuma came into power, he had orchestrated blunders and sold out to the Guptas.

South African Communist Party second deputy secretary Solly Mapaila said Zuma had handed over sovereignty to the Guptas. “We have no confidence in him. We call for him to step down.”

Mapaila called for an investigation into state contracts linked to the Guptas.

These included the Eskom-Tegeta deal and Denel’s sale to Denel Asia.

Another contract that needed to be investigated, Mapaila said, was the Cash Paymaster Services deal with the department of social development for grant payments.

Democratic Alliance leader Mmusi Maimane also took to the stage and said the protests marked the beginning of what was to come. “We are going forward, not backwards. Let’s remove this president. Let’s stand united.”

Congress of the People leader Mosiuoa Lekota said it was time to follow former president Nelson Mandela’s order that if the ANC started doing what the apartheid government did, citizens must rise up and act. “We are in a position to do just that. We are led by liars who do not follow the Constitution.”

Lekota said the ANC had threatened its caucus in Parliament to not vote in favour of a motion to remove Zuma.

Section 27’s Mark Heywood said justice would start with the removal of Zuma and end with South Africa having good schools, great healthcare, clean water for communities and equality.

“Politicians and big businesses who are here today are part of the problem. Big business with capital must share their wealth and we must have good schools, good hospitals and ensure people have jobs. But we are now fighting against someone who stands between this. Let’s ignore lies and rebuild our economy.”

Meanwhile, it was announced today that another gathering was scheduled to be held in front of Parliament in Cape Town, when MPs vote on the motion of no confidence against Zuma on April 18. 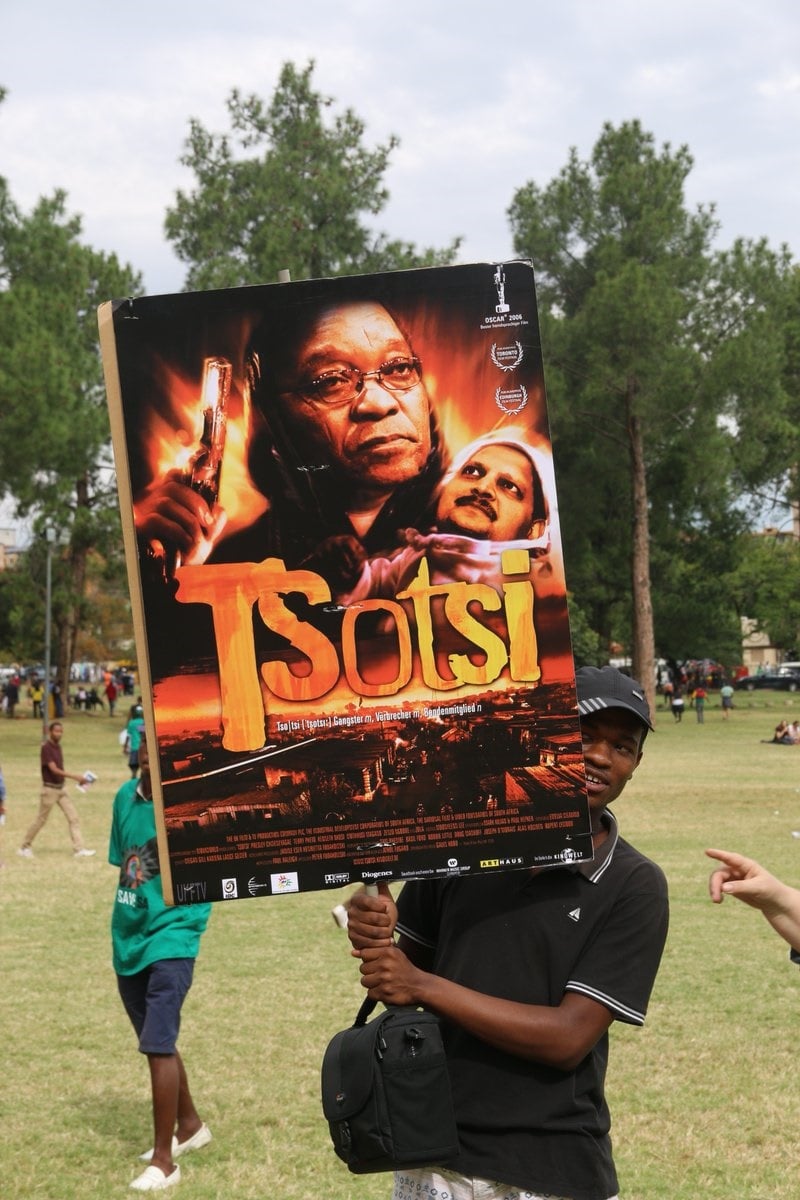 Protestors at today's march in Pretoria. A convoy of bikes rode through the streets of Pretoria today, in support of the protest against Jacob Zuma. An anti-Zuma protestor in Pretoria today. One of the many placards which was carried by one of the thousands of protestors in Pretoria today. 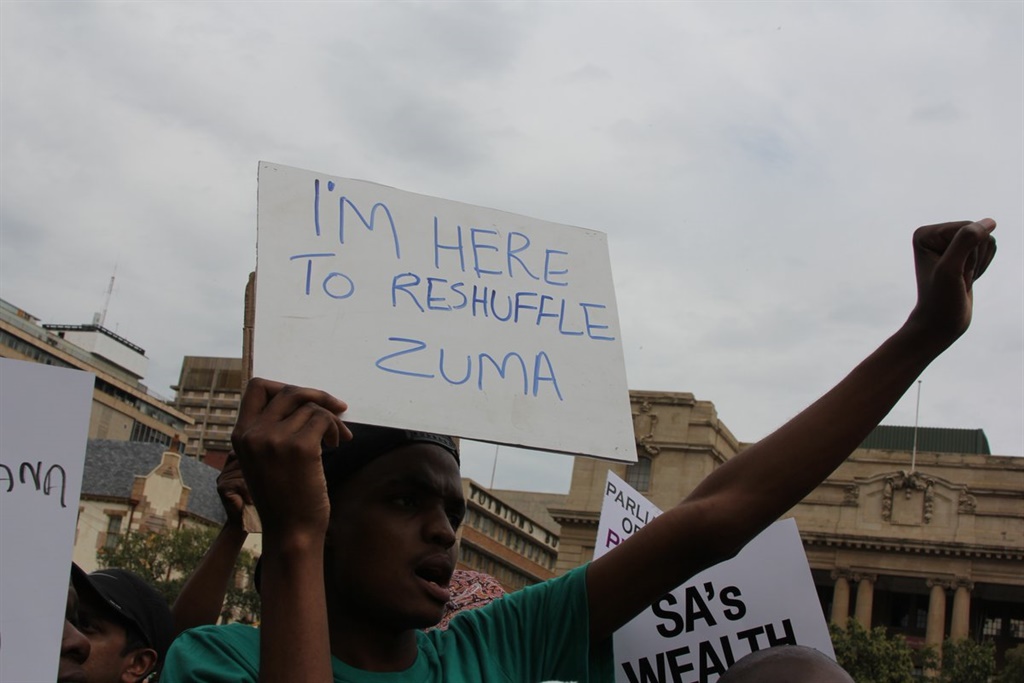 A call to "reshuffle" Zuma after the sudden reshuffling of his cabinet took place.

Calls for President Jacob Zuma to resign were loud and clear at the People's March in Pretoria today. "The Power of the People" Marshals tried to control the large crowds which gathered in Pretoria today. "You laugh, we cry"
We live in a world where facts and fiction get blurred
In times of uncertainty you need journalism you can trust. For 14 free days, you can have access to a world of in-depth analyses, investigative journalism, top opinions and a range of features. Journalism strengthens democracy. Invest in the future today. Thereafter you will be billed R75 per month. You can cancel anytime and if you cancel within 14 days you won't be billed.
Subscribe to News24
Related Links
It’s all systems go for PE’s Zuma Must Fall march
The only way to Save SA is to stop the Zuma nightmare – Pityana
Zuma must respect the wishes of the dead and resign – Malema
Next on City Press
Marikana workers plan to put Ramaphosa in the dock in a civil claim