State capture: It all started with the criminal justice system – report 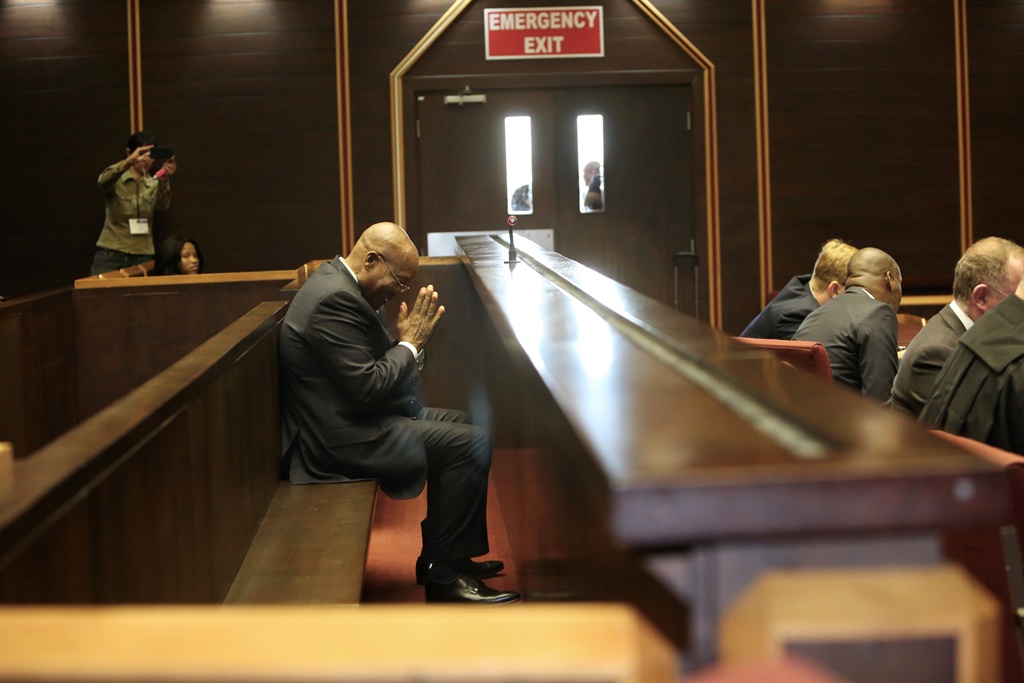 The capturing of the South African government by rent seekers is directly attributable to former President Jacob Zuma and his cabinet’s successful bid to leash and hobble the entire criminal justice system.

This is the conclusion made by civil society organisation Corruption Watch and think tank the Institute for Security Studies in their submission to the commission of enquiry into allegations of state capture.

The joint submission by the two organisations details the origins of chronic corruption in the country, and how the restraining of law enforcement agencies and the criminal justice system by successive ANC administrations precipitated state capture.

The authors of the hard-hitting 70-page report concluded that the establishment of the inquiry into state capture was necessitated by the fact that senior ANC politicians had manipulated law enforcement agencies and the criminal justice system.

“If South Africa already has mechanisms in place to address these problems (corruption, fraud and other crimes), has it been necessary to establish a Judicial Commission to investigate them? The answer, we believe, has to do with manipulation by the executive of the criminal justice agencies”.

The manipulation of criminal justice agencies was a hallmark of Zuma’s years in office and it helped facilitate state capture, said the report. The seminal moment in the capture and disemboweling of the criminal justice system began with the appointed of former crime intelligence boss Richard Mdluli as head of the unit, the report noted.

“As detailed in this submission, manipulation of criminal justice agencies by the executive has been an endemic feature of the Zuma era, and has played an important role in enabling the state capture project. This is firstly because the viability of state capture in South Africa hinged on the control of the ANC by Jacob Zuma and his allies. Apart from explicitly protecting Zuma himself and his family from prosecution, the manipulation of criminal justice agencies has primarily functioned to secure control of the ANC for the “Zuma-centred power elite”.

The report observed that Zuma’s alleged manipulation of law enforcement agencies has resulted in:

If the testimony provided to the state capture commission by for Bosasa chief operations officer Angelo Agrizzi stands, it would be reasonable to conclude that the manipulation of criminal justice agencies has served to protect people associated with corruption and state capture from prosecution, said the report.

“If his evidence is taken to be reliable then it points to the conclusion that former president Zuma gave his personal backing and support to attempts to close down the investigation and prosecution of the case against Bosasa.”

While state capture as South African know it generally refers to the large-scale seizure of state entities by the Gupta family, the report noted that chronic corruption is not new, and predated the Guptas by many years.

“However, evidence that has been submitted to the Commission, notably in relation to Bosasa, highlights the fact that though its characteristics may have changed, chronic corruption long predates the era of state capture in which the Gupta family are alleged to have played a leading role. The authors of the submission pointed out that frosty relations between senior politicians, and the executive in particular, and the criminal justices system flowed from the ‘cadre deployment’ policy which began during former President Thabo Mbeki’s tenure on office in the early 2000s.

“Appointing party members was seen as a way of ensuring that people who shared the principles and vision of the governing party were positioned to drive the process of transformation. Those who were appointed by Mbeki were consistently people who were highly regarded and had credible records of service to the liberation struggle or the new democratic government.”

The downside, the reports points out, was that the way in which the appointments were handled institutionalised the idea that senior appointments could be made exclusively at the whims of a president.

“The basis on which people were selected was therefore never clearly defined. Notwithstanding principles of loyalty to the constitution embedded in oaths of office, implicit to the practice is an ambiguity about to what degree the job of ‘cadres’ is to serve the ANC, a faction within it, its president, or to give effect to the constitution. Furthermore the consequence of ‘deployment’ was that the politics of the ANC was carried into state agencies. It is therefore not surprising that the rivalries within the ANC were also played out in power struggles within key state agencies, something most visibly demonstrated in developments in the intelligence agencies during the Mbeki era,” the report said.

The report’s authors used the pressure exerted on former national director of public prosecutions Vusi Pikoli not to prosecute apartheid-era gross human rights violations as an example of the manipulation of the criminal justice system during the Mbeki years. There are other examples: Mbeki’s opposition to the involvement of the Special Investigating Unit in probing the arms deal in 2001 and the “spy tapes” saga in which former NPA boss Bulelani Ngcuka and former scorpions boss Leonard McCarthy discussed to time Zuma’s arrest ahead of the ANC’s Polokwane conference in 2007.

“It is clear that control of the criminal justice agencies has become fundamental to the ability of South Africa’s leaders to exercise power, above all it seems because of the power that it provides in relation to internal party rivalries. Nevertheless, while there is evidence of inconsistencies in this regard during the Mbeki era, as this submission highlights, during the Zuma era manipulation of criminal justice agencies was practised consistently and aggressively and reached a level where the interests of the country in addressing crime and corruption were entirely subordinated to the interests of Zuma, in enjoying impunity, and of the ruling faction of the ANC, in retaining power,” the report said.

Related Links
We can’t deny corruption thrived but we will fix it – ANC’s Ramokgopa
How South Africans are fighting corruption
Editorial: A memory refresher for Zuma
Share
Next on City Press
Mothers encouraged to breast-feed during Covid-19