Teacher ‘suspended’ over remarks about rape and short skirts 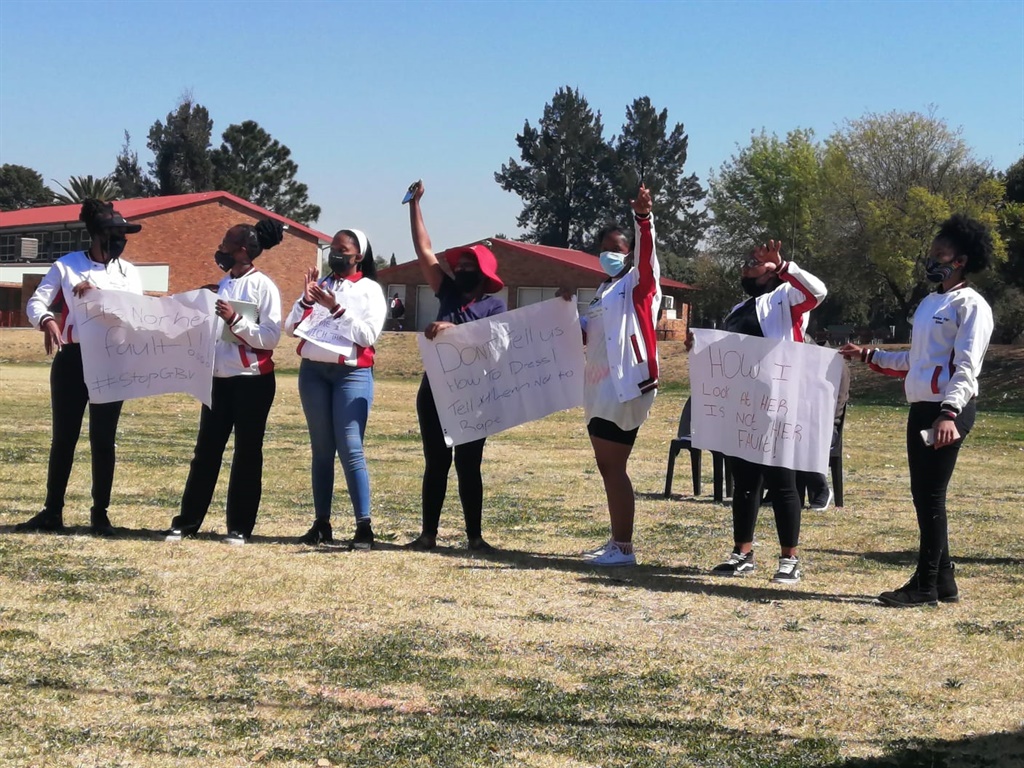 A teacher at a Gauteng school who allegedly told a schoolgirl that her short skirt would be the reason that she would get raped has been removed from the school.

This followed a protest staged on Wednesday morning by pupils at Bracken High School in Alberton, in the southern part of Ekurhuleni.

A pupil at the school told City Press this morning that they protested because they were emotionally and physically abused, and the issue was related to gender-based violence.

One parent, Dineo Tshabalala, told City Press that the teacher accused of making such remarks had been suspended.

Tshabalala said teachers and pupils who were affected would be offered counselling by the Gauteng education department and there would be a follow-up meeting in a week to detail a way forward. She said there were other teachers who were involved and that statements would be compiled in relation to their involvement and sent to the department.

Department spokesperson Steve Mabona confirmed to City Press this afternoon that the teacher had been  removed from the school.

Mabona said it was alleged that the teacher uttered inappropriate comments to a pupil about her dress code.

We are very disappointed that such disturbing utterances could be attributed to a female teacher.
Department spokesperson Steve Mabona

“We immediately dispatched our officials to the school to attend to the matter accordingly. Our officials met with the school and concerned parents, and assured them that action would be taken. The implicated teacher was precautionarily removed from the school and will, with immediate effect, report to the district office,” he said.

Mabona also confirmed that an investigation had been launched and a preliminary report would be shared with parents on Friday, September 11.

He said it was anticipated that the mater would be finalised before the end of September.

Read: Why are women still getting a dressing-down?

“Pupils were addressed and also assured that the matter at hand would be resolved and were urged to go back to class. Our psychosocial team will be conducting necessary counselling to all affected. We are very disappointed that such disturbing utterances could be attributed to a female teacher,” he said.

“A school environment should be conducive to teaching pupils, more so to upholding values. We know what gender-based violence has done and continues to do to our women and children, hence it is unfortunate that such an incident allegedly occurred in our space. We wish to sincerely apologise to the school community at large about this regrettable incident,” said Mabona.

Bracken High School had not responded to questions sent by City Press at the time of writing.

We live in a world where facts and fiction get blurred
In times of uncertainty you need journalism you can trust. For only R75 per month, you have access to a world of in-depth analyses, investigative journalism, top opinions and a range of features. Journalism strengthens democracy. Invest in the future today.
Subscribe to News24
Related Links
Teachers get listed for sexual misconduct
They are having sex, teach them to do it right
Editorial: Children need care and love, not cruelty
Next on City Press
Zweli Mkhize’s conduct related to Digital Vibes was ‘at best improper’ and ‘at worst unlawful’