The clampdown on ‘disturbing’ Covid corruption is under way – Ramaphosa The clampdown on ‘disturbing’ Covid corruption is under way – Ramaphosa

Those who have “willfully intended to defraud” while scores of people became ill and were dying will not get away with it.

These were the fighting words of President Cyril Ramaphosa in his weekly newsletter to the nation on Monday morning.

“The diversion of resources meant for public benefit came at a direct cost to people’s health and lives,” he said, referring to the report released last week by the Special Investigating Unit (SIU) into procurement during the coronavirus state of disaster.

“All involved in wrongdoing will be dealt with harshly and appropriately. They will not get to enjoy their ill-gotten gains, as steps have been taken to recover stolen money, including the freezing of bank accounts.”

Ramaphosa said that South Africans have become far too used to hearing stories about corruption, but “little could have prepared us for seeing, in detail, the lengths to which some among our people have gone to steal at a time when our nation is facing the worst health emergency in modern times”.

Ramaphosa expressed his disgust that people purposefully set out to steal millions in public money, misuse state property and divert resources meant for the South African people into personal pockets.

These are some of the cases:

These are the steps taken:

“A number of hard lessons have been learned in this entire process,” Ramaphosa said.

“It has taught us that every regulatory, legislative and procedural loophole must be closed to ensure there is no point of entry for those who seek to exploit them.”

He said it was clear that those who profited from the Covid-19 disaster and those who colluded with officials took advantage of the urgency of the moment to disregard National Treasury and provincial treasury instructions. It has shown the need for a coordinated approach to fighting corruption that brings in several organs of state, he said.

All involved in wrongdoing will be dealt with harshly and appropriately. They will not get to enjoy their ill-gotten gains, as steps have been taken to recover stolen money, including the freezing of bank accounts
President Cyril Ramaphosa

The SIU investigation looked into more than 2500 PPE contracts. While some investigations are ongoing, in many cases the allegations were found to be without substance and the companies were cleared of wrongdoing.

“I would like to assure South Africans that the net is closing in on those involved in corrupt acts. This includes not just private companies, but also those in the public service who thought they could collude with outside individuals to sell off resources meant for our people,” Ramaphosa said. 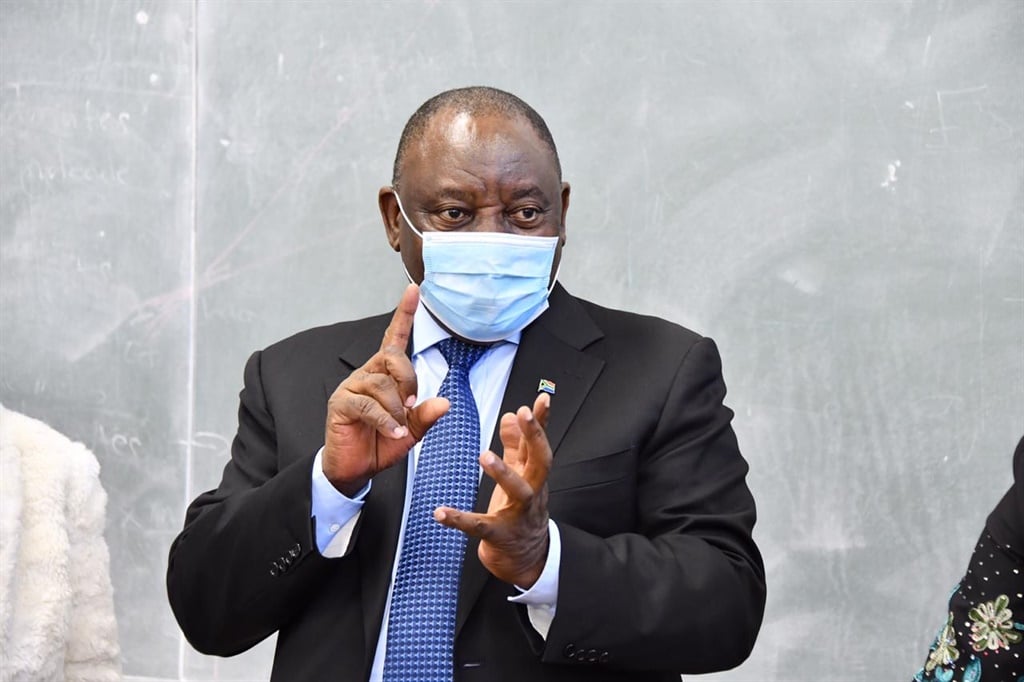 He said the work of the SIU and other law enforcement bodies had sent the clear message that those guilty of criminal acts would be found and would be prosecuted.

Read: PPE corruption woes: Half of R30bn spent by Treasury is under investigation by SIU

“In time to come it will be remembered that the action we took in this instance set the standard in our quest to build an ethical state staffed by incorruptible public servants and elected public representatives. Our nation’s experience in the procurement of essential supplies and services during the national state of disaster is a disgraceful chapter that must be firmly closed.

“This experience has shown that, as a state and as a society, we have both the will and the means to act decisively against theft, fraud and corruption,” he said.

We live in a world where facts and fiction get blurred
In times of uncertainty you need journalism you can trust. For only R75 per month, you have access to a world of in-depth analyses, investigative journalism, top opinions and a range of features. Journalism strengthens democracy. Invest in the future today.
Subscribe to News24
Related Links
Forget about tax increases, there is enough money for vaccinations – experts
Modidima Mannya | Public office is a responsibility, not an entitlement
ANC Gauteng secretary: Political infighting is the reason for false allegations in Gauteng...
Next on City Press
Government responds to EFF demand to be allowed political gatherings

Read more on:
cyril ramaphosavaccinecorruption
Podcasts
Podcast | How to select the right exchange traded funds in this crazy market

Choose a newsletter
Voting Booth
The EFF has sent a legal letter to President Cyril Ramaphosa’s office, demanding that the lockdown regulations be relaxed to allow political gatherings in compliance with all Covid-19 protocols. The party said that regulations prohibit political campaigning and activities in preparation for this year’s local government elections.
Please select an option Oops! Something went wrong, please try again later.
Like church members, political party members should gather
19% - 6 votes
I fear the third wave
44% - 14 votes
Hold off on the elections
38% - 12 votes
Previous Results
The best of 2020
forsubscribers
Can you guess who featured in our most popular articles from 2020?