‘The current system is failing our people’: Villagers are desperate for NHI 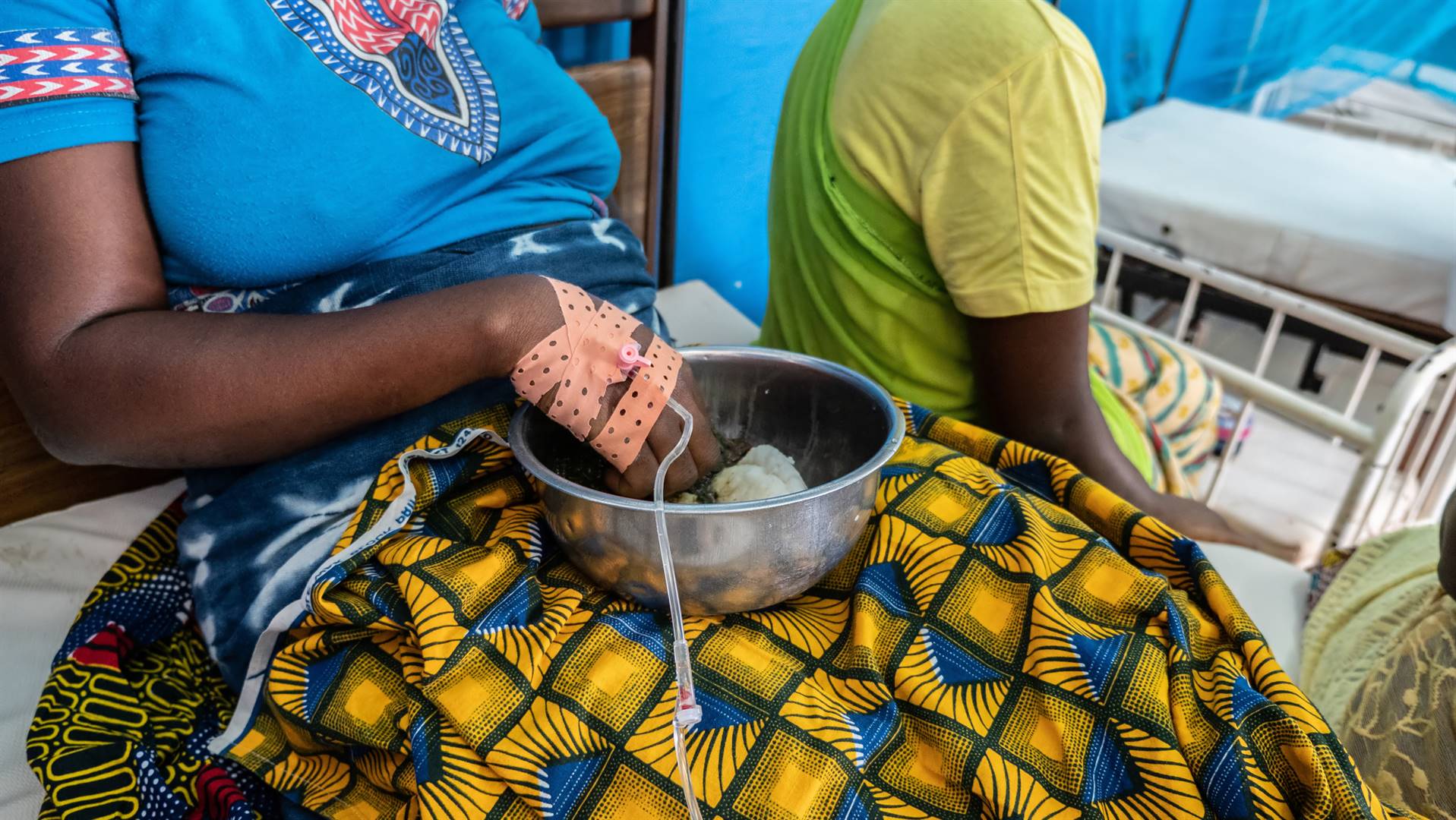 The NHI bill hearings heard how elderly people in rural areas queue from sunrise until sunset waiting for assistance or medication because there is a shortage of nurses in our clinics. Picture: iStock/Gallo images

Many villagers of the mostly rural Eastern Cape used the public hearings on the proposed National Health Insurance (NHI) Bill as an opportunity to vent their frustration and to call on government to speed up the rollout of the NHI to assist the ailing provincial health system.

Residents of the OR Tambo District in the Eastern Cape were mostly in favour of the proposed bill at the public hearing in Mthatha, but raised questions on how it would solve the Eastern Cape’s ailing health system, especially in rural areas.

Parliament’s portfolio committee on health held the district’s public hearings at the Mthatha Town Hall on Sunday, and wrapped up the Eastern Cape public hearings in King William’s Town on Monday.

The Eastern Cape is the fifth province where the public have had the opportunity to have their say on the NHI Bill.

“We brought this bill here to this deepest rural district in order for us to hear your views,” said chairperson of the health portfolio committee, Dr Sibongiseni Dhlomo.

“We know that the right to health and the right to life supersede all other human rights. This is the continuation of something started by Nelson Mandela in 1994 when he said ‘quality health care is everybody’s right’.”

“I feel like the public health system has let us down in rural areas. Healthcare facilities are few and far from people and those who are lucky enough to have clinics in their villages have ageing infrastructure and shortage of staff and medication,” she said.

“We travel through rivers and cross dangerous bushy areas where we are vulnerable to thugs who sometimes rape and mug us. So, government needs to tackle this ageing infrastructure in order for us to receive good health services with the NHI. Currently NHI is questionable if is going to be implemented with this poor infrastructure,” Ntwana warned.

“As far as I know NHI supposedly began in 2012. We are happy to see that there is light at the end of the tunnel.” 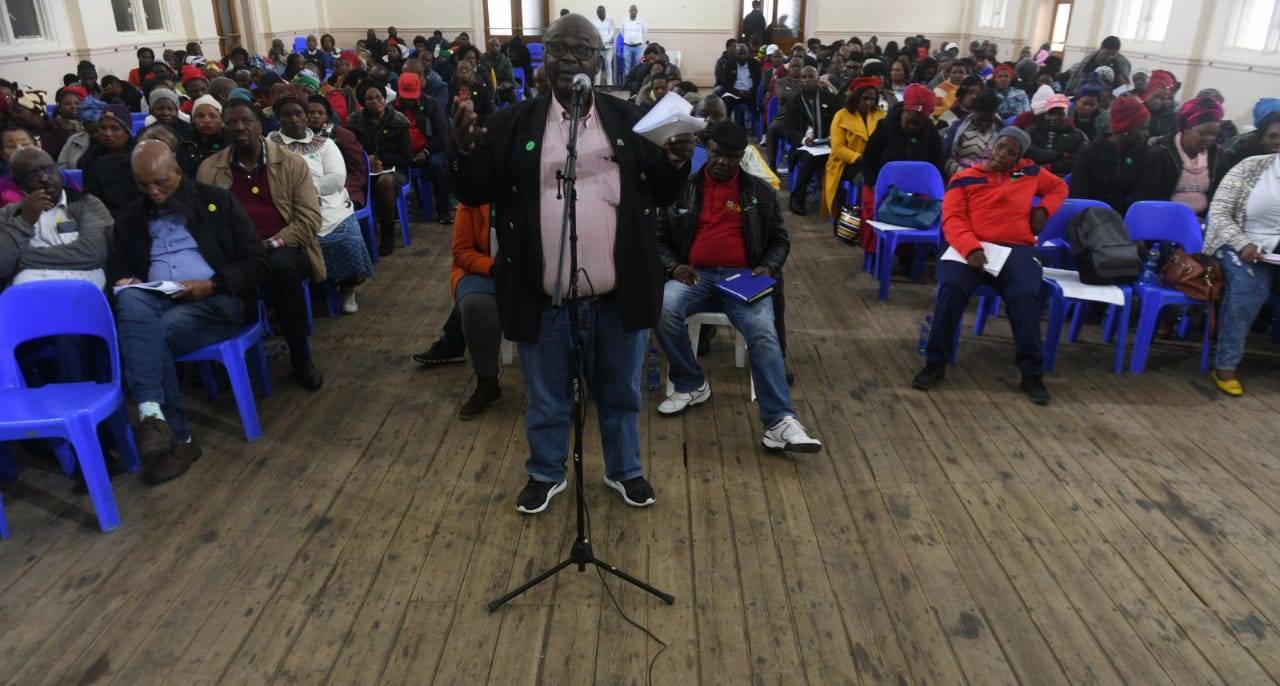 A resident of the OR Tambo region has his say on the NHI Bill. Picture: Black Star/Spotlight

She said the OR Tambo district is one of the districts chosen as part of pilot sites for the roll out of the National Health Insurance.

“But we want it to be quick so it can be compulsory for all South Africans,” Siyo-Sokutu said.

“We also want to warn this committee against any plans of outsourcing this project that can lead to corruption just like what we are seeing in state-owned enterprises. Please avoid outsourcing this, then you have our backing.”

Dr Mzulungile Nodikida, who made a presentation on behalf of the South African Medical Association (SAMA), said the association in the Eastern Cape was in favour of the NHI because “we understand that the concept of universal health coverage is the global imperative and it forms a fundamental part of the sustainable development goals.

“If there is something that should unite all of us, it is on the question of healthcare,” he said. “The price of healthcare for both the poor and the rich in this country is unsustainable.”

Nodikida said he was trained as a doctor in Cuba.

“It is a developing country, but they guaranteed healthcare to all their people. I think South Africa also needs to prioritise healthcare, especially primary healthcare, because it is where it matters most.

“Elderly people in rural areas are queueing all day from sunrise until sunset waiting for assistance or medication because there is a shortage of nurses in our clinics,” said Nodikida.

“It is interesting that members of society are able to comment on the NHI Bill and not shy away from speaking about the challenges in the healthcare sector like ageing infrastructure, shortage of staff, shortage of medication, shortage of ambulances and access roads to the clinics and hospitals,” he said

“Some of them are saying we don’t have to wait for NHI to kick in, but the department of health needs to first attend to and improve the current health care system and infrastructure before the NHI Bill is passed into law,” he said.

Dhlomo also shut down the rumours that analysis of comments on the Bill would be outsourced to a private company.

“I’m not aware of any outsourcing. What I know is that MPs will sit down and consider the recommendations then submit our report to the Speaker so it can go to the House and be passed.”

After the bill has been processed by both Houses of Parliament it will go to the president to be signed into law. Then by 2026 it will be fully implemented,” said Dhlomo.