Shamieta Antoinette Assegai says her daughter was a clever child loved by all. Picture: Palesa Dlamini

Fanula Wabet dropped off her toddler at preschool one morning in May. When she came to fetch her, she was told that her child wasn’t there – she had been taken to hospital.

Her 18-month-old daughter Othniel Wabet died after allegedly ingesting rat poison. The child minder at the school accused Fanula of sending poisoned food to the school. One month on, and she still has no answers.

“I don’t think its right to take someone’s child to hospital without informing them and now she [the child minder] is accusing me saying that it is my food that they ate,” she said.

Shamieta Antoinette Assegai is also still in the dark. Her two-year-old daughter Tshepang Jessica Assegai also died after ingesting poison at the crèche.

“Since the death of my child the person whose care she was under has not made any effort to appraise me on the tragic events that led to the untimely passing of my child.”

It has since emerged from the health and social development department that the privately run preschool – which cared for seven children – did not have the necessary permits to operate.

Speaking to City Press at her home in Westdene, Assegai said the lack of communication from the daycare centre was baffling.

“The last time I saw her [the child minder] was when I was at the hospital with my child and they were rushing another child there. But since then, which was a month ago, I have not heard from her,” Assegai said.

“She just came up to me and asked me what the doctor said. I told her that the doctor said the kids had come in contact with something that was very dangerous, that was killing them. At the time the doctor had not determined if they had eaten it or touched it.” Fanula Wabet (left) and Shamieta Antoinette Assegai(right) say they want justice and an explanation about what happened to their children. Picture: Palesa Dlamini

Assegai said she had chosen the preschool because it was the most convenient.

“I chose that crèche because I work on weekends and it was better. I trusted the person that was taking care of the children,” she said.

Assegai sheds a tear as she sits in her room with images of her daughter displayed on the wall.

“She was a very cute and clever child. She was like a family child in this yard. She had just turned two in March. It’s all just too painful,” she said.

The child minder at the facility – whose phone went unanswered – accused Wabet of poisoning the food her child had eaten.

“Why would I cook food and put rat poison to poison my own child? The one who was watching the children is the only one who knows what really happened. She must come and explain,” Wabet said.

Illegal daycare centres are on the rise

The mushrooming of illegal day care centres in the country has been a concern over the years. Looking as far back as 2010 where five-month-old Ava Barley died of asphyxiation after she rolled off a bed at a Cape Town daycare centre.

In this case, the high court ruled that the social development department was liable to pay damages to Ava’s parents.

In 2016 the body of 19-month-old Owami Ndlovu was found floating in the pool at Rose Day Care Centre in Bramley.

At the time of the incident, his father asked a simple yet pertinent question, “My son may have been floating on the water for more than an hour. If they only did their work, they would have noticed that he is not around. How do you not notice a missing 19-month-old child?”

Esther Simonds* (55) has been a resident of Westdene for 27 years. As she stands outside the Sophiatown police station where a crowd has gathered amid the anticipated arrival of Johannesburg’s member of the mayoral committee responsible for health and social development, Dr Mpho Phalatse, she tells City Press that she looks after her three grandchildren.

“My grandkids don’t go to crèche. I will never trust a crèche. Crèches of these days are not like the ones from the olden days where I can say I am certain my child will be safe there,” she says with one of her grandkids on her back.

“Children are not properly fed at crèches these days. They get sick and hurt randomly.”

Johannesburg’s member of the mayoral committee responsible for health and social development, Dr Mpho Phalatse, visited the Sophiatown Police Station on Wednesday to lay charges against the child minder.

Assegai was hopeful that the law would take its course.

“She must pay, she must get arrested and that house must be shut down.”

Although the children died last month, Phalatse revealed that she had only just heard about it.

Phalatse is about to head to thr facility where the incident happened. She updates the media. #WestdenePreSchool pic.twitter.com/X2dS9Pm65W

Phalatse went on to explain what, according to a report by the early childhood development team, allegedly happened on May 9. Phalatse added that her team had not been able to follow up with the family of the child who “ate just a bit but never got ill”.

Put under pressure about community members who had previously reported illegal facilities and child minders to the city, Phalatse acknowledged that she had heard reports.

“I have requested a full investigation into this. If this has been reported to the city and it was not corrected, it was certainly not brought to my attention, then there certainly needs to be consequence management,” she said.

According Sophiatown Police Station spokesperson TJ de Bruyn an investigation into what occurred and led to the two deaths was still in the early stages.

“We are waiting for a toxicology report to come back because it showed there were poisonous spores that might have caused the deaths of the children. We are waiting to see what kind of poison this might have been,” he said. 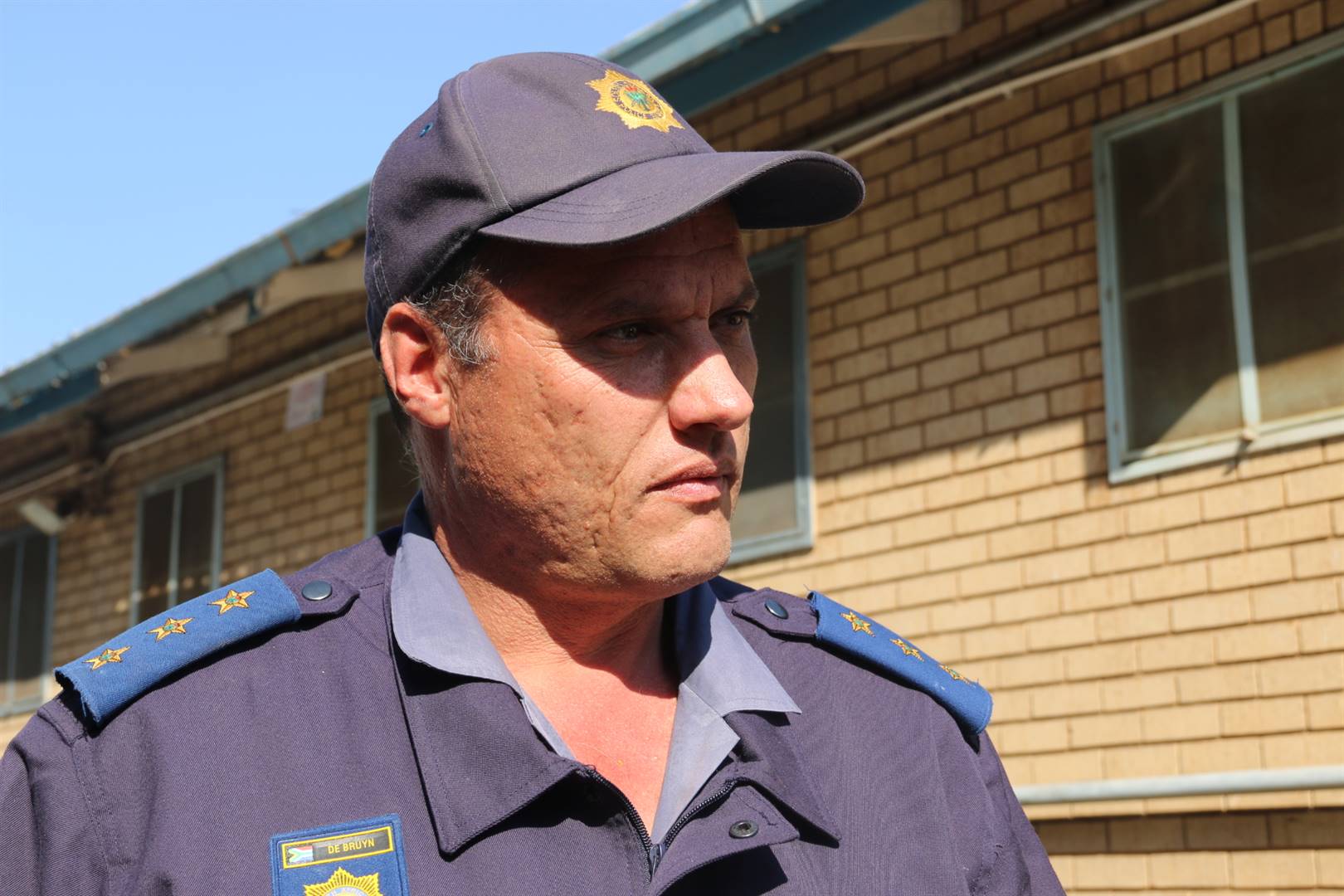 However, Phalatse said an autopsy showed that “active ingredients in rat poison had caused the deaths”.

When Phalatse went to the daycare centre, she was met by a man who identified himself as the landlord and refused her entry to the premises.

RT @PalesaDlamini_0: Phalatse has arrived at the pre-school and asks to speak to the individual who was watching the two toddlers on the day of the incident. #WestdenePreSchool pic.twitter.com/ib6kIQrG1i

He explained that children had been looked after on the premises for more than five years.

“My domestic worker was running a crèche. She was looking after kids of family and friends,” he said.

“She has been doing this for more than six years and it has never been wrong but now people see something wrong.”

But Phalatse had a different take on it: “He is still in the dark about why this was wrong. He sees what he was doing as some sort of charity. He says he was helping the community because people did not know where to leave their children.

“One of the mothers told me she was paying them R500 so the gentleman is not being completely honest because if you are helping people out then why are you charging them.”

Phalatse emphasised that she would ensure that the social development and environmental health department returned to the premises.

“His utterances have been very irresponsible and we need to ensure that he does not try to do this again,” she said.

The department said that charges of murder, culpable homicide and defeating the ends of justice had been laid against the child minder whose care the toddlers were under on the day of the incident.

“This has become a multi-disciplinary effort now. We also had the metro police charge her with going against city bylaws because you can’t just randomly decide to open a crèche without following procedure. The department of home affairs will also need to get involved because the childminder is a foreign national,” the department said.

So how should you get rid of rats?

There are better ways of getting rid of rodents than poison.

This is according to Danelle Murray, the co-founder of the Owl Rescue Centre – a non-profit organisation that sells eco-friendly and conservation products including owl-friendly rat traps.

Murray said the use of any poison used to kill rats affects other living beings, and said poison should be discouraged.

She stressed the importance of using a one-way trap door to capture the rats rather than using poison.

The remaining five children were moved to a nearby preschool.

As they stood outside the the place they had entrusted with their precious children, Wabet and Assegai stood side by side.

“She must come and explain what happened? We cannot just forget about this. She must come outside and face us,” they said.

Related Links
‘We just want to know what happened’ – mom of toddler who died after eating rat poison at crèche
Carletonville crèche abuse: Disappointment as case is postponed
Creche children caught up in pupils’ protest crossfire
Share
Next on City Press
Mothers encouraged to breast-feed during Covid-19