‘The worst is yet to come’: MK vets fight for recognition 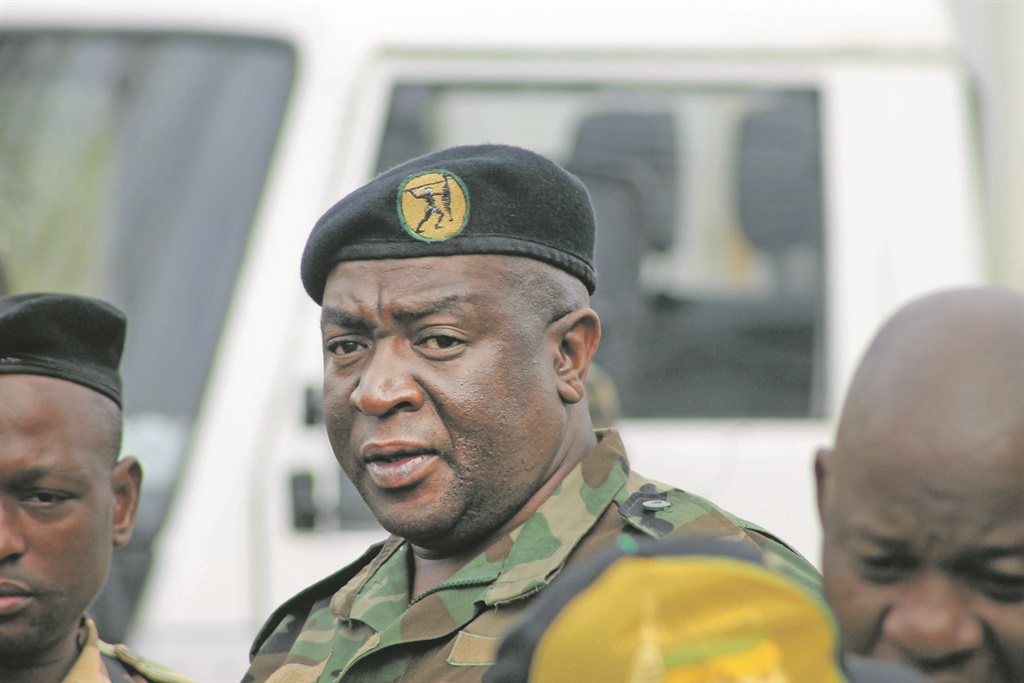 Growing frustration over unkept promises of being accommodated in government programmes and economic opportunities over the years has finally reached a tipping point for members of the Umkhonto weSizwe Military Veterans Association (MKMVA) in KwaZulu-Natal, who last week carried out sit-ins at three municipalities in the KwaZulu-Natal Midlands.

Msunduzi (Pietermaritzburg), Umvoti (Greytown) and Richmond municipalities briefly ground to a halt when a handful of camouflage-clad men and women closed the main entry points, demanding meetings with political leaders and administrative heads.

For staff members at Msunduzi municipality, Monday was meant to be the start of an ordinary week, but they found themselves in the middle of the protest by MKMVA members who locked the main entrance at the city hall.

Msunduzi mayor Themba Njilo, who met with the former soldiers, admitted to having been caught off guard by the sit-in.

“I arrived as normal at about 7.45am and became aware of this group of people at city hall, but had no idea what they wanted.

“When it later emerged that they wanted an audience with me and the city manager, I was shocked as there had been no prior arrangement or notice,” said the mayor.

One MKMVA member accused the municipalities of favouritism in the appointments in the security cluster, saying they had plenty of experience but had been overlooked.

In an interview with City Press in Pietermaritzburg on Friday, KwaZulu-Natal MKMVA chairperson Themba Mavundla said the sit-ins were planned in advance and were set to spread.

“Contrary to the assumption that the action is sporadic, I can tell you now that this is a planned action. We had a bosberaad on August 4, during which we took an honest look at ourselves as the structure, leaders and members, and whether what we have been pleading for has been granted to us,” said the MKMVA chairperson.

He acknowledged that many veterans expressed anger at being neglected while some within their ranks seemed to be enjoying access to state resources, with some even pointing at Mavundla himself, who is the Safety and Community Liaison Head of Department.

At the meeting, Mavundla added, it was agreed that a visible form of action had to be taken and this had resulted in the sit-ins and lockouts witnessed this week.

“The worst is yet to come in different parts of KwaZulu-Natal if the plight of the former soldiers is not taken to account. Soldiers are generally disciplined and militancy is a tiny part of their make-up, political understanding.

“However, everything has its limits and the veterans’ patience is increasingly running thin,” said Mavundla.

Some of the grievances by the veterans are related to:

. Appointments at municipalities, especially in the fields of security;

. Provision of houses; and

Mavundla said demands for the above were made over ten years ago, but the response from government, at both provincial and local levels, had been slow.

“Our members are dying and being buried as paupers, their families live under poor conditions and comrades feel let down. Frankly no one can blame them when considering the latest developments in the province,” Mavundla added.

The impatience was demonstrated when veterans forcefully occupied some rental flats at Aloe Ridge housing complex, which was opened by former president Jacob Zuma last year.

He added that veterans had observed how they had become an afterthought for government deployments.

“We have noted that women and youth take precedence for any consideration, but what has been more disturbing is to see our government eager to accommodate other organisations, such as Amadela Ngokubona, because they talk a language of violence, and ignore us.”

The emergence of younger leaders in ANC ranks – who do not know much about the armed struggle – also impacted on the recognition and treatment of veterans.

Mavundla concluded by warning that while the association had limited numbers, they still commanded a lot of support and would not hesitate to mobilise community members for their demands to be met.

Meanwhile, the ANC in KwaZulu-Natal has strongly condemned the latest trend of holding municipalities to ransom, and held a string of meetings with affected parties including the Richmond MKMVA leadership.

Provincial secretary Mdumiseni Ntuli said they had agreed to have follow-up meetings with the affected parties, but stressed that disruptions at municipalities would not be condoned.

“No one should be involved in the disruption of services to the municipalities. Any member of the ANC found to be associated with these acts of holding staff in municipalities hostage and disrupting the function of municipalities will be dealt with decisively in terms of the ANC constitution,” said Ntuli.

Related Links
A defeat for Zuma’s cronies
MK vets call on ANC to intervene over ‘fraudulent’ conference
Save our revolution, MK vets tell ANC leadership
Share
Next on City Press
ANC warns SABC not to cut jobs because it will embarrass the party, cost it votes during elections

Read more on:
ancmkmva
MONEY MAKEOVER
Podcast | Mistakes to avoid with your own business