Speaking to eNCA’s Xoli Mngambi, former police commissioner George Fivaz, the first police chief of democratic South Africa, said investigations ordered by him around 1996 could not uncover information linking Madikizela-Mandela to the murder of Seipei.

Fivaz had ordered the reopening of the Seipei murder case following his appointment as police chief in 1995.

Fivaz added that Madikizela-Mandela had appeared at the Truth and Reconciliation Commission (TRC) hearings and he had testified there that no evidence had been uncovered of her role in the murder.

“To be honest and to give you an answer of integrity, in my opinion, nothing surfaced during my investigation of the circumstances to say ‘Winnie, you are responsible’. 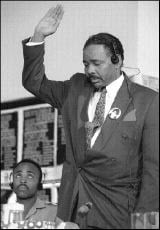 Jerry Richardson takes the oath before testifying at the Truth and Reconciliation hearing in Johannesburg. Richardson served a life sentence for the murder of teenage activist Stompie Seipei.PHOTO: AP

Seipei was a 14-year-old activist and member of the notorious Mandela United Football Club, established by Madikizela-Mandela as a front for mobilising young people in the township to fight against apartheid rule.

His body was found near her house in Orlando and his murder hung over Madikizela-Mandela’s head for years, with allegations that she ordered her bodyguard and MFC member, Jerry Richardson, to kill Seipei.

Richardson was eventually convicted of the murder of Seipei, but allegations of her involvement stuck to the struggle icon’s image, even to her death.

She was convicted of kidnapping, and her six-year sentence was replaced with a fine and a suspended sentence on appeal.

Former deputy chief justice Dikgang Moseneke, who was part of the legal team that defended Madikizela-Mandela, said in an interview with Business Day on Tuesday night that the “hype” around the case was not parallel to what Madikizela-Mandela was actually convicted of. 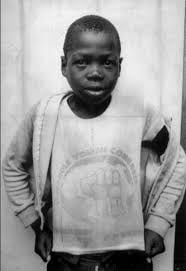 “Did she move the young people from where they were? Yes. Did she believe they might have been abused? That was her subjective belief, and that is why she acted the way she did.

“Was every decision she made wise? No, not every one,” he said.

“Anyone who calls her a monster is talking rubbish. She was wonderful [and had] incredible ability to be able to take on injustice and soak up pain in a way that is not immediately describable,” he said.

Fivaz told Mngambi that certain people in life had a presence and an aura around them, and Madikizela-Mandela was one of them.

His association with her was only pleasant and memorable.

Madikizela-Mandela died aged 81 on Monday and will be buried at the same Fourways cemetery as her great-granddaughter, Zenani Mandela, on April 14.

We live in a world where facts and fiction get blurred
In times of uncertainty you need journalism you can trust. For only R75 per month, you have access to a world of in-depth analyses, investigative journalism, top opinions and a range of features. Journalism strengthens democracy. Invest in the future today.
Subscribe to News24
Related Links
Mama Winnie’s special funeral, burial will be open to the public
Winnie showed all of us that we are here to serve humanity
In Winnie’s name, we will hand the ANC back to the people
Next on City Press
Medical aid schemes have committed unfair racial discrimination – report