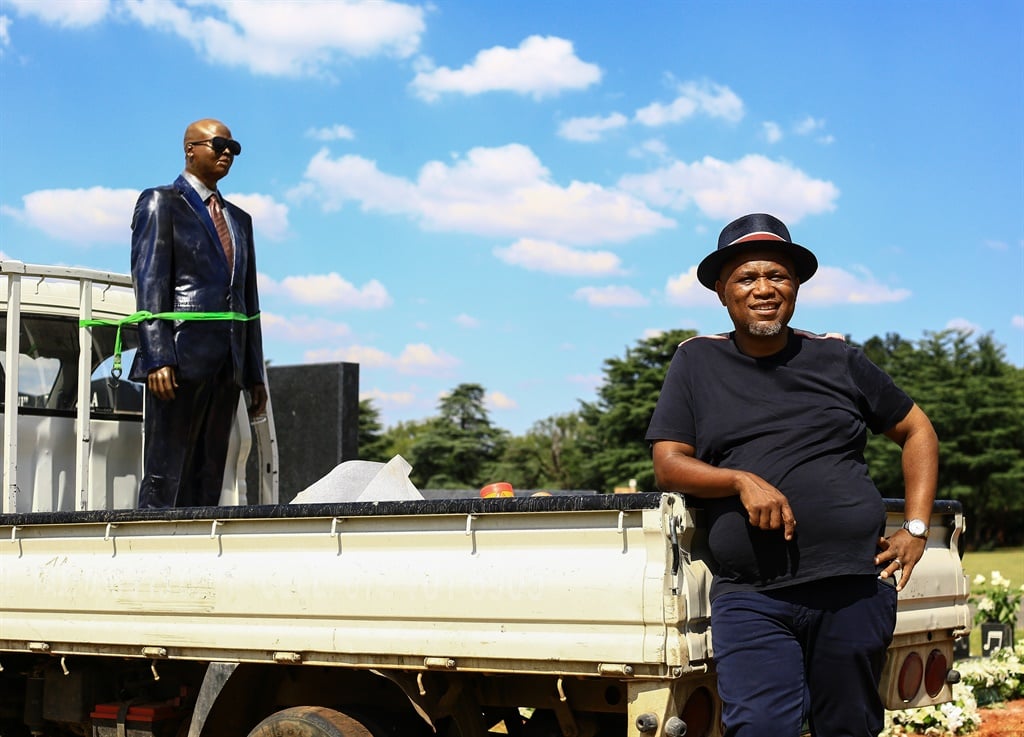 Artist and businessman Lebohang Khitsane is seen next to a truck transporting the statue of the late musician Robbie Malinga at Westpark Cemetery, Johannesburg in January 2018. Malinga's statue was carted away for remodelling after a public and social media uproar that the statue was a poor likeness of the musician. Picture: Gallo Images / Sunday Times / Veli Nhlapo

Khitsane, the founder and CEO of Bataung Memorial Tombstones, was nicknamed the “Steve Jobs” of the industry

His emotional daughter Tsoelopele Khitsane (20), said his passing was a big loss for the family. “Your legacy continues, long live LWK,” she said.

Two years ago, Khitsane made headlines when he gifted Tsoelopele a Porsche.

He parked her new care on the school grounds and led her to the gift. “I’m going to faint! Wait! Wait! Somebody hold me!” his daughter said in a video that went viral on social media.

The generous gift caused a stir on Twitter with some praising the gesture as fatherly love and others amazed that he did not spare any expense.

ANC elections head Fikile Mbalula came to the entrepreneur’s defence who he said did “amazing things for ordinary folks”.

Khitsane, the founder and CEO of Bataung Memorial Tombstones, was nicknamed the “Steve Jobs” of the industry.

With its head offices in Ekurhuleni and six showrooms spread across Gauteng, Mpumalanga and Limpopo, his extravagant tombstones include elaborate designs, some incorporating innovations such as QR codes and Braille. “It is with a great sadness that the Khitsane family announces the passing of Lebohang Khitsane, the CEO of the family run businesses, Bataung Memorials, Jacobs Bridge and Bataung Legacy. He died after years of fighting renal failure,” read the statement.

Khitsane was not just an entrepreneur but a leader in the funeral industry.

“We thank all our friends, family, business associates and our trusted clients for the support during this difficult time. We also plead with the public to allow us the opportunity to properly grieve. His memory will live on in our hearts forever, Robala Tau.” 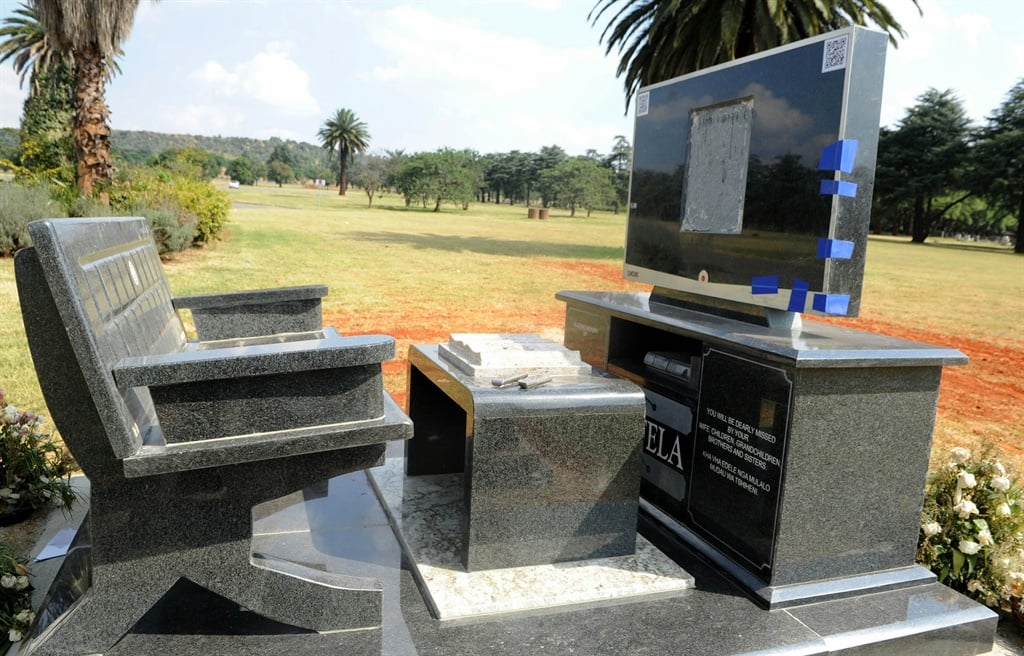 Joe Mafela's tombstone at Westpark cemetery by Lebohang Khitsane's Bataung Tombstones. Picture: Gallo Images / Sowetan / Veli Nhlapo
We live in a world where facts and fiction get blurred
In times of uncertainty you need journalism you can trust. For only R75 per month, you have access to a world of in-depth analyses, investigative journalism, top opinions and a range of features. Journalism strengthens democracy. Invest in the future today.
Subscribe to News24
Related Links
WATCH: TOMBSTONE TYCOON GIFTS DAUGHTER WITH A PORSCHE
'I'm going to faint!' – Tombstone tycoon gifts daughter with Porsche
Next on City Press
Tshitangano raises Eskom stakes

view
Voting Booth
Tourism Minister Mmamoloko Kubayi-Ngubane will act as health minister after President Cyril Ramaphosa placed Health Minister Dr Zweli Mkhize on special leave while the SIU completes the probe into the irregular Digital Vibes contract. What are your thoughts on this?
Please select an option Oops! Something went wrong, please try again later.
Special leave is a whitewash.
39% - 85 votes
SA’s tourism sector needs undivided attention.
4% - 8 votes
Let's wait and see
10% - 22 votes
What is the point of deputy ministers?
47% - 104 votes
Previous Results
The best of 2020
Can you guess who featured in our most popular articles from 2020?