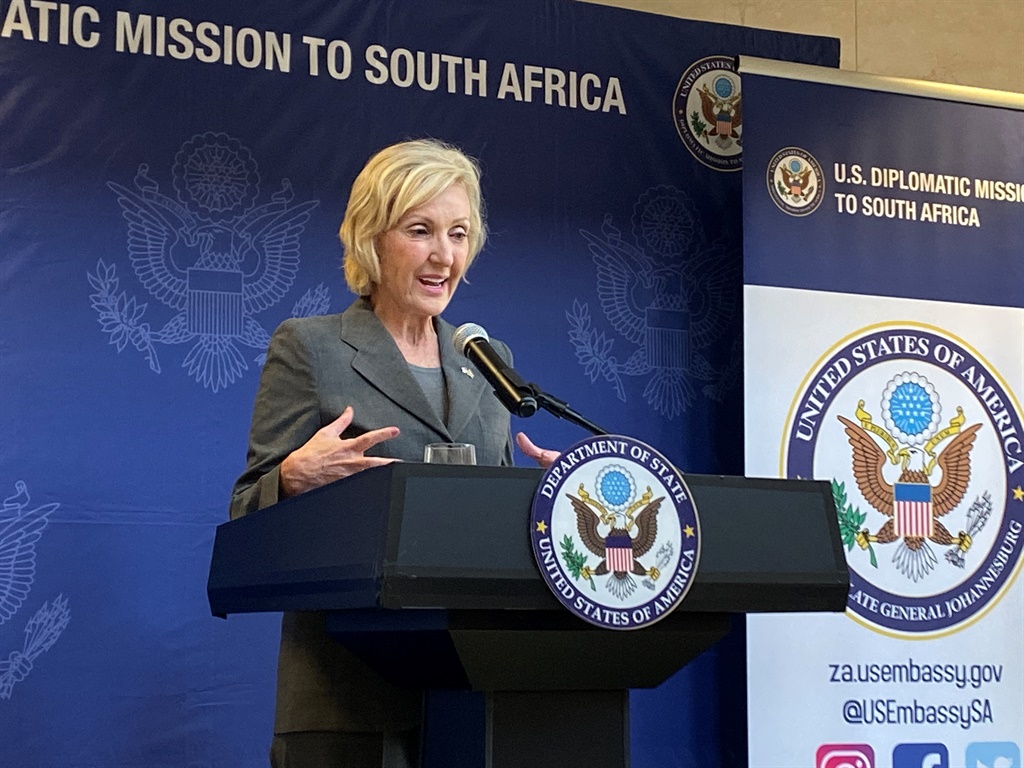 The new US ambassador to South Africa has finally arrived, armed with a warning to the country to be careful of other large countries whose investments here might threaten South Africa’s sovereignty.

Marks addressed the media in South Africa for the first time on Wednesday in Sandton, acknowledging that her appointment had taken long, but she attributed it to the thorough vetting process occasioned by the fact that she had visited 100 countries in the past 15 years.

“My vetting process and checking for me to be US ambassador to SA did take a very long time. President Trump had asked me in November 2016 already, after the elections. And having visited 100 countries in the last 15 years, the vetting process is quite thorough and takes a long time. However, I am here at a very exciting time. President Trump was very anxious for me to get to SA,” she said.

When it was brought to her attention that other superpowers such as China and Russia were also vying for the attention of the African continent, Marks said: “In terms of China or Russia or any other country, we strongly urge African nations and South Africa to scrutinise any agreement or any deal with any foreign nation to protect their sovereign assets and make sure that the deals are transparent and don’t create a tremendous debt. Our model with South Africa is very different”.

Marks was born in East London, South Africa, but left in the 1970s and became a US citizen in 1994. Before her appointment as ambassador, Marks was CEO of the Lana Marks fashion brand, which she founded in 1987.

The US is South Africa’s third largest trading partner, with two-way trade valued at R203 billion, but Marks has promised to change that for the better.

“As you’ll soon learn about me, I am not one to settle for third place.”

Marks said she would love nothing more than for Trump himself to visit South Africa, although she did not say whether that was in the pipeline or not.

“He personally told me how beautiful Cape Town was,” she said.

“President Trump totally believes in Ramaphosa and the entire congress believes in Ramaphosa. We believe it is the exciting time to increase trade and investment and I see it accelerating at a very fast pace. I am excited to be personally here to be the conduit between Pretoria and Washington.”

Asked about possible fears because of the change in land policy towards expropriation without compensation, Marks said nothing had happened yet to warrant such fears.

“Nothing has happened at this time like land seizures or anything of that kind that we are aware of. We are very pleased that discussions around land are being held in a transparent manner.”

We live in a world where facts and fiction get blurred
In times of uncertainty you need journalism you can trust. For 14 free days, you can have access to a world of in-depth analyses, investigative journalism, top opinions and a range of features. Journalism strengthens democracy. Invest in the future today. Thereafter you will be billed R75 per month. You can cancel anytime and if you cancel within 14 days you won't be billed.
Subscribe to News24
Related Links
The sting of impeachment: Trump’s downfall
‘Free world’ on slippery slope with Trump and Johnson at the helm
Editorial: Stem the tide of rising nationalism
Next on City Press
‘If I have to die for justice to prevail, so be it,’ says Senzo murder accused’s sister