In the small border town of Musina, a revolutionary piece of biotechnology is being developed that could save hundreds of thousands of lives, particularly those of children, lost to malaria each year.

According to the two South African doctors who are developing the practically instant malaria “spit” test, the technology is a game changer in helping prevent the spread of Plasmodium falciparum parasites, the deadliest form of the sickness, which is transmitted by mosquitoes.

The test will allow for detection of malaria before the manifestation of symptoms and is less invasive than current testing methods.

It has also caught the attention of global players, with grants and support in excess of R22 million made available to the developers by the likes of mining giant De Beers, a Japanese fund and, as of last week, a France-based think-tank, Hello Tomorrow.

The latter’s goal is to discover the tech of tomorrow today to address the globe’s most pressing problems.

Malaria infects about 220 million and kills close to 500 000 people a year worldwide, 61% of whom are children – 93% of all infections take place in Africa.

A rapid detection pin prick test only produces results if the infected person is already exhibiting signs of the illness.

But the saliva-based Malaria Asymptomatic and Asexual Rapid Test (Smaart) relies only on saliva and has a waiting time of about 20 minutes before results are available.

Unlike the blood test, which can only be administered by a clinician, the spit test can be self-administered or given by a parent or trained field worker.

It is an early warning system that shows results a week before the manifestation of symptoms.

While the exact cost of the test is not yet known, the developers need to keep it at less than $1 (about R14.73) per test kit in order to be accepted by the World Health Organisation (WHO).

The commercial name for the test is the Saliva Rapid Test (Salva!), developed by Erada Technology Alliance, owned by Musina-based doctors Benji Pretorius and Richard Schmidt. “It’s a first of its kind and is being developed right where we need it, in Africa,” Schmidt, who is the company’s director in clinical development, told City Press.

Over the decades, the parasite has mutated to become difficult to detect with traditional rapid diagnostic blood tests, said Schmidt.

“When you develop a vaccine, you need to test whether it is working. Using Salva! will give an indication of the vaccine’s effectiveness. Early detection means early treatment and may ultimately lead to ending malaria for good,” he said.

The test is able to beat the ever-mutating parasite as it detects an essential protein within the parasite that it needs to survive.

The product, according to Schmidt, will not only save lives and stop any long-term effects of the disease, but will also help doctors and researchers to discover the “carriers”.

“Early detection of malaria is crucial to malaria eradication because individuals who carry the parasite without exhibiting symptoms, known as carriers, are the reservoir which leads to infection of mosquitoes and transmission of the disease. A parasite needs a host to survive. If you eliminate the source, you can eradicate it.”

The global health organisation has urged global spending on the eradication to be increased to $6.6 billion annually to achieve its goal.

Salva! is the result of a decade of research by Rhoel Dinglasan, associate professor of infectious diseases at the University of Florida, US. He started his research while based at the Johns Hopkins University, also in the US.

In February this year, his findings were published in the medical journal the Translational Scientist, with the concept now at beta-testing and commercialisation stage.

Schmidt said Johns Hopkins University, which owns the intellectual property, was eager to partner with their small startup to ensure the science was not swallowed by a major multinational.

The institution also believed it would be “exciting” to work with an African company to help solve what is predominantly a central and southern African problem.

In March next year, the Musina doctors will present the product in Paris at the Hello Tomorrow Global Summit, an annual gathering that attracts biotech start-ups from around the globe, connecting them with investors, collaborators and global scientific thinkers. 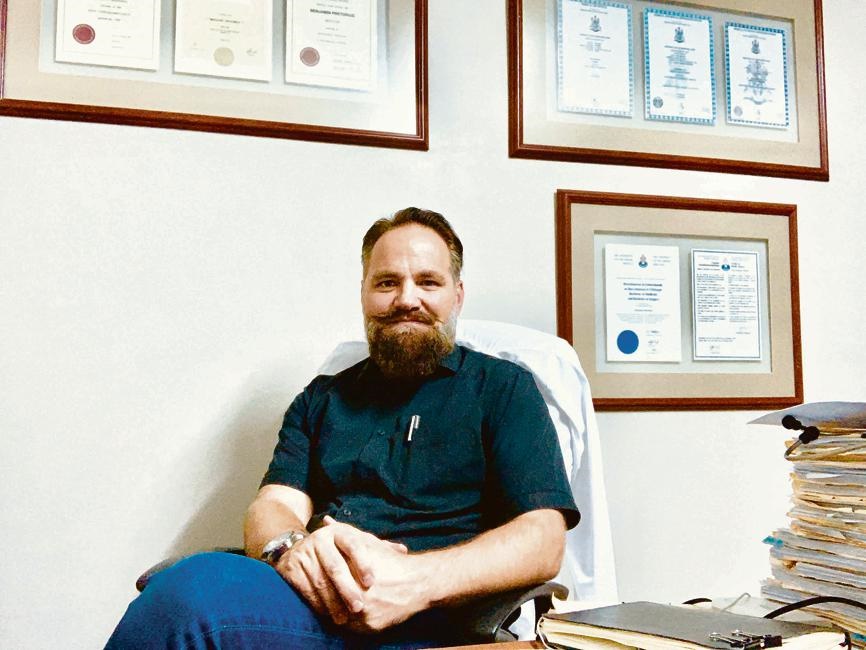 The Musina duo’s invite to Paris was a result of their winning an award at the AfricArena Summit, linked to Hello Tomorrow, on Tuesday night in Cape Town.

The award recognises future technologies on the African continent.

However, this is not the first recognition for Erada Technology Alliance. In August the De Beers Group, through support from its Venetia Diamond Mine in Limpopo, provided Erada with a foundation grant of R4.7 million.

In September, Japan’s Global Health Innovative Technology (GHIT) Fund provided a grant of £1 million (R19 million), which was obtained through its partner at the University of Florida.

The fund is an international public-private partnership between the government of Japan, 16 pharmaceutical and diagnostics companies, the Bill & Melinda Gates Foundation, Wellcome Trust and UN Development Programme.

The grants have given Erada Technology Alliance the cash injection to start all the necessary steps in the commercialisation process in either the Democratic Republic of Congo or Uganda.

The company said after being awarded the GHIT grant that they hoped to roll out field trials in the second quarter of next year and launch Salva! by 2021.

The current round of funding will go towards the design and small-scale production Salva! kits, which will contain a saliva-collection device and a “lateral flow immunoassay cassette”, the latter being the device that produces the result of the test, much the same way as a pregnancy test does.

“The business hub of the product is based in Musina, but it is a global collaborative project. Our saliva experts are based in the US, the antibodies are being developed in Ireland and further work is being done in Japan. We deal with malaria regularly in Musina and we are just happy to have been able to put up our hands and play our part,” said Schmidt.

We live in a world where facts and fiction get blurred
In times of uncertainty you need journalism you can trust. For 14 free days, you can have access to a world of in-depth analyses, investigative journalism, top opinions and a range of features. Journalism strengthens democracy. Invest in the future today. Thereafter you will be billed R75 per month. You can cancel anytime and if you cancel within 14 days you won't be billed.
Subscribe to News24
Related Links
What Africa still needs to do to eliminate malaria
Video gamers get a diagnostic edge in malaria fight
Fighting the big pharma bullies isn’t easy
Next on City Press
Marikana workers plan to put Ramaphosa in the dock in a civil claim