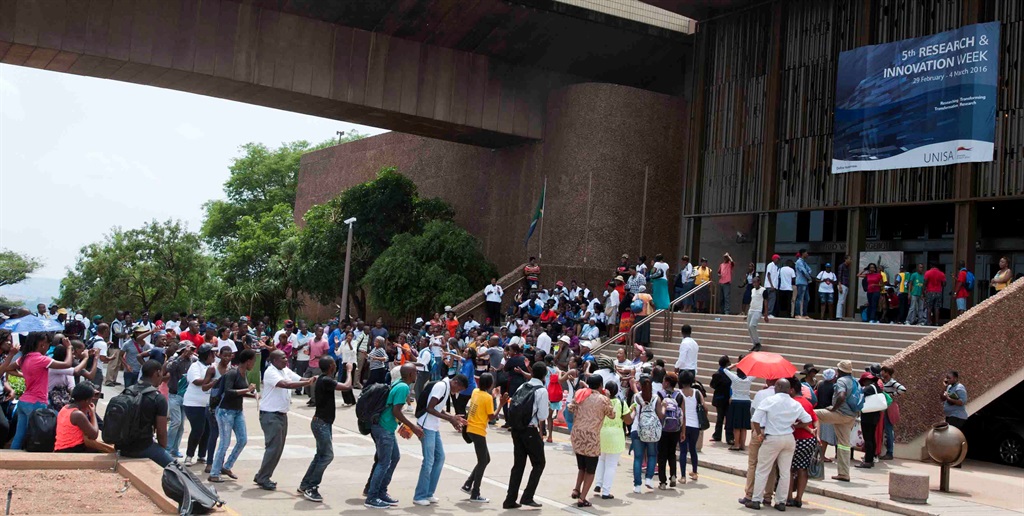 Piling up cases of unresolved racism and bullying relating to the University of SA's (Unisa) academics has left the institution caught between a rock and a hard place.

Allegations include a black woman director bullying her black staff and a white executive giving orders to security guards to physically manhandle a black employee.

City Press understands that staff at the institution are split, with some defending the accused senior academics and others who are baying for blood and demanding that they be immediately suspended or punished.

Some staff have even escalated the cases to the SA Human Rights Commission (HRC) for investigation and intervention.

At the centre of the allegations are two directors: director of languages Rose Negota and professor Peter Havenga, academic planning executive director.

A faction claiming to be alleged victims of Negota said her subordinates had even taken their cases to the Commission for Conciliation, Mediation and Arbitration (CCMA) and those that won decided to work at home.

The so-called victims of Negota group collectively wrote a response to City Press saying they had already submitted their grievances to the university.

In the written response they accused Negota of having “consistently boasted that she is protected from ‘high up’ in the institution, that no one can touch her and that she has a way of getting rid of anyone from her directorate”.

Negota referred questions to Unisa spokesperson Martin Ramotshela, who confirmed that the group’s formal grievances were laid against Negota in 2015.

“The matter involving Ms Negota is at an advanced stage, with the investigation already completed and a disciplinary currently ensuing, chaired by a CCMA commissioner.”

It is addressed to the university council and vice-chancellor Professor Mandla Makhanya.

The university said it was still verifying if it was formally received it or not.

The memo accused Havenga of allegedly instructing security guards to physically manhandle and throw out of a building a pregnant black employee in his directorate because she had been indefinitely suspended.

The document alleges the victim, who is known to City Press but cannot be named, returned to her post after she was reinstated following a ruling by the CCMA.

She had met Havenga in the corridors, who allegedly verbally attacked her.

He allegedly asked her what she wanted from his university, telling her to “go to hell or to her lazy government”, the document reads.

While the victim was crying and trying to explain that she was there to retrieve her belongings and furniture from her old office to move it to her new office on a different floor of the building, “Havenga [allegedly] spat in her face and told her to go without taking her belongings from her office”.

The memo also claimed the woman had since sought a protection order against Havenga and the guards following the incident and it allegedly stops the security officials from “following her without her knowledge through the instructions of Havenga”.

Havenga is also accused of allegedly eliminating black women managers in his directorate through malicious surveys, which coach colleagues to speak evil about their black managers so that he can use the negative outcome of the survey to charge, suspend and eventually get rid of them from the university.

Havenga declined to comment saying the matter was being investigated by the HRC and that he would also wait for the outcome of the disciplinary hearings instituted by the university.

With regard to Havenga, Unisa spokesperson Ramotshela said they received formal grievances against him by two employees only on February 27 2018.

“These grievances are at an advanced stage.

“Management also resolved to put Havenga on special leave pending the finalisation of the investigation,” he said.

He said Negota was placed on suspension based on the recommendation of the external investigator in his preliminary report and a disciplinary hearing against her is under way after the investigation is finalised.

“Her suspension has since been lifted after she took the matter to the CCMA and got a favourable ruling to have it lifted,” Ramotshela said.

He said additional allegations against Negota have subsequently been filed in the past months, which delayed the disciplinary process.

Allegations and counter-allegations of victimisation, harassment and racism made by the employees against one another were being handled by an external independent body (the HRC) to provide the university with an objective analysis of the problem and make recommended interventions.

The HRC had not responded by the time of writing.

City Press understands that those defending Havenga claim his case surfaced in February this year because people who wanted to protect Negota were aggrieved that she was being singled out while other white senior academics were left unscathed.

Related Links
Our education system breeds racism
Racism is real, so is the need for progress
College of gynaecology accused of racism
Share
Next on City Press
Gauteng PPE looting probe leads to suspension of health department head

Choose a newsletter
Voting Booth
Kaizer Chiefs, Mamelodi Sundowns and Orlando Pirates have unveiled their new kits for the upcoming PSL season. Which kit do you think is top-class?
Please select an option Oops! Something went wrong, please try again later.
Kaizer Chiefs
52% - 14 votes
Mamelodi Sundowns
22% - 6 votes
Orlando Pirates
26% - 7 votes
Previous Results
ON MY RADAR
for subscribers
On My Radar | Take care as you step into the metaverse