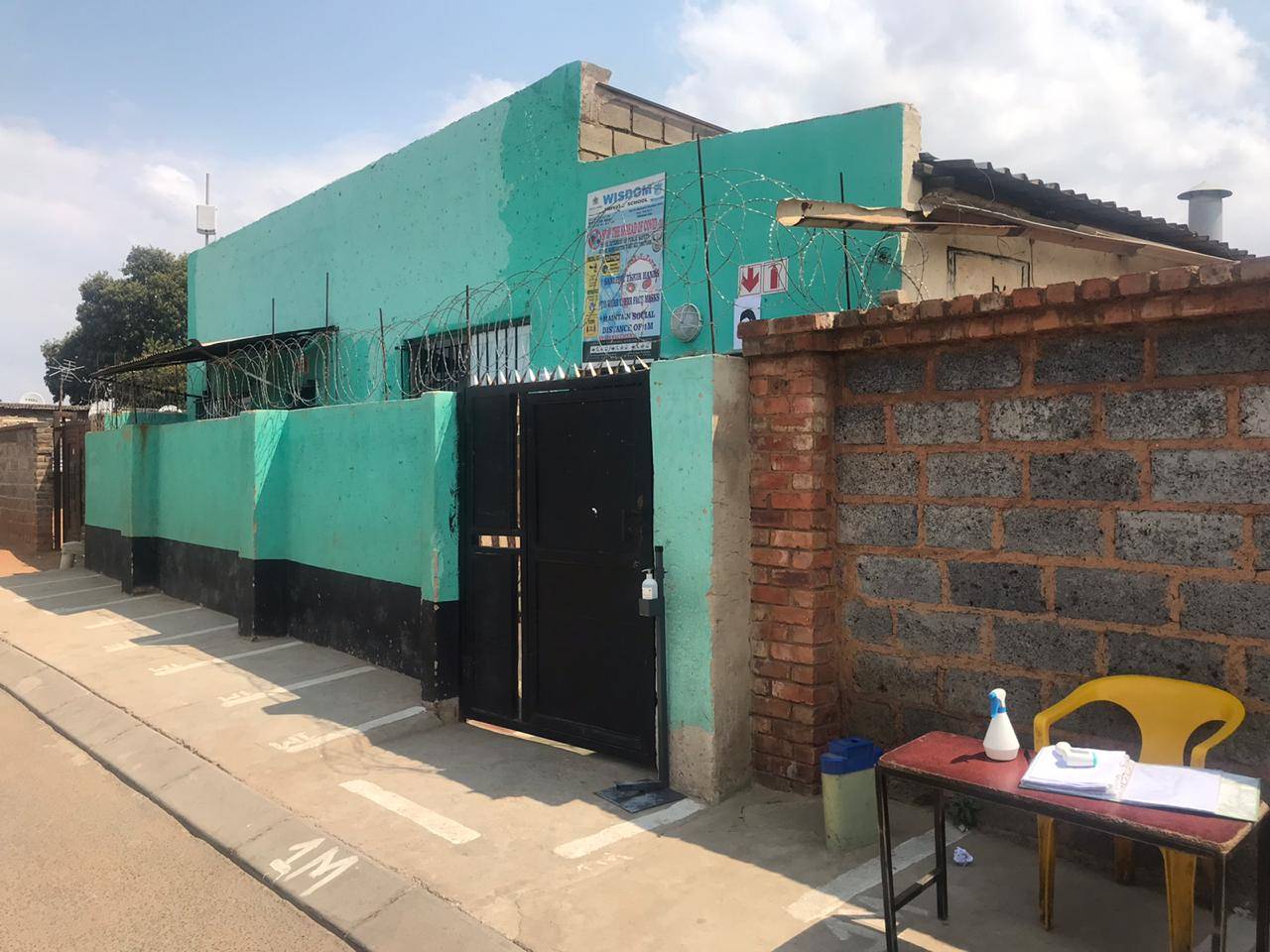 City Press has established that Wisdom English Private School, which is located at 1668 Makhado and Khumbula Streets in Ivory Park, is not registered with the Gauteng department of education.

When City Press visited the school on Wednesday around 11am, pupils were roaming around. The school’s administrative building was housed in a normal house while classes were being offered in a bigger building on the same street.

City Press understands that locals reported to the department that the school was not registered.

One local said: “It is a bogus school. I don’t understand why the Gauteng [education department] did not close it down when they were closing bogus schools this year.”

In view of its resurgence, despite its closure, we have consulted the law enforcement agencies to shut down the said school and make necessary arrests accordingly.
Gauteng department of education spokesperson Steve Mabona

Allias Phiri, the director of the school, told City Press on Thursday that the department was yet to approve the school’s registration.

“The school’s registration number is in progress and in the final stage,” Phiri said, adding that their file was at the department’s head office for finalisation.

“Site verification for registration purpose is done. We are operating because we hope our GDE registration number will be issued soon. Education officials do visit the school,” he said.

Phiri did not responded to the allegations that they were operating as a bogus school.

On Friday Gauteng department of education spokesperson Steve Mabona confirmed that the school was not registered.

“It is so unfortunate that [they are still operating] as we instructed the said school to seize operations and close in September last year. Accordingly, the district placed pupils in schools in the catchment area and monitoring was also done to ensure compliance,” Mabona said.

“In view of its resurgence, despite its closure, we have consulted the law enforcement agencies to shut down the said school and make necessary arrests accordingly,” he said.

Phiri said the school employed 35 staff members and had about 850 pupils. The school offers Grades R to 10.

“Due to the Covid-19 pandemic we are not sure if other pupils will be coming back to school,” Phiri said.

He said they were teaching the department’s set curriculum and the teachers were qualified, registered with the SA Council for Educators and had work visas.

Parents are also advised to check whether independent schools are registered with the department, before enrolling their children.
GDE spokesperson Steve Mabona

Mabona said “unfortunately schools like Wisdom tend to resurface at a new address or with new owners” which posed a huge challenge for the department. The school does not receive a government subsidy.

He said the school’s application for registration was rejected because of non-compliance with the regulations.

“It is important to note that all independent schools must be registered by the department before they commence operations.”

He said section 46 (1) of the SA Schools Act, states that no person may establish or maintain an independent school unless it is registered by the head of the department.

“Parents are also advised to check whether independent schools are registered with the department, before enrolling their children. Officials from the district or from the Independent Schools Directorate [based at GDE head office] can be contacted to confirm if the school is registered with the department. Parents can also verify the registration status of independent schools on the GDE website,” Mabona said.

Phiri insisted that the school was compliant with the department of labour UIF registration and contribution. It was also eligible for compensation as set in the Compensation for Occupational Injuries and Diseases Act (COIDA), he said.

Phiri said the school was registered for tax and complied with the SA Reserve Services requirements.

He showed City Press a “letter of good standing” from the department of labour dated May 9 2020 and signed by the “compensation commissioner”.

In part, the letter reads: “With reference to sections 80, 82, 86 and 89 of COIDA 130 of 1993 [as amended], I hereby certify that Wisdom English Private School has complied with the requirement of the above Act and is at present in good standing with the compensation fund.

A response had not been received from the department of labour at the time of writing.

We live in a world where facts and fiction get blurred
In times of uncertainty you need journalism you can trust. For only R75 per month, you have access to a world of in-depth analyses, investigative journalism, top opinions and a range of features. Journalism strengthens democracy. Invest in the future today.
Subscribe to News24
Related Links
Top UIF management suspended over illegal Covid-19 payments
UIF Covid-19 relief fund in tatters
Covid-19: Unions call for special UIF for quarantined workers
Next on City Press
Warring taxi associations reach ceasefire