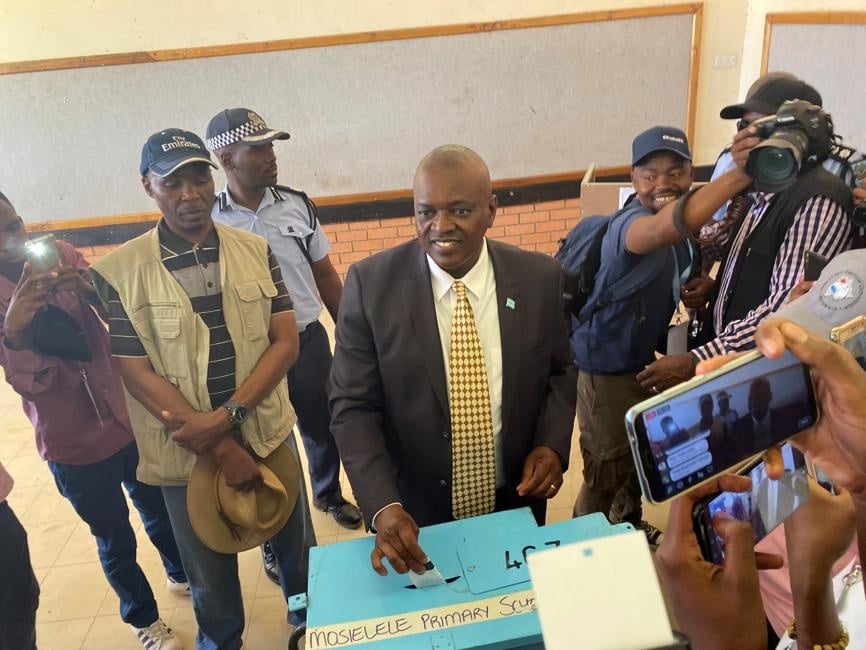 Botswana President and leader of the Botswana Democratic Party (BDP) Mokgweetsi Masisi casts his vote at his home village of Moshupa, in the Southern District of Botswana, on October 23 2019. Picture: Siyabonga Sishi/Reuters

Celebrations were under way in parts of Botswana after Mokgweetsi Masisi was declared president once again following an anxious wait as vote counting continued through the night.

Masisi retained his position but this marks a fresh mandate for him as Botswana’s fifth president after taking over from former President Ian Khama 18 months ago. Khama passed the baton to him after completing his two five-year terms and selected Masisi to hold the fort for the governing party, Botswana Democratic Party (BDP).

After intensive campaigning against fierce competition against opposition party, the Umbrella for Democratic Change (UDC), and a break-away party from the BDP, the Botswana Progressive Front (BPF), Masisi took his party through the toughest elections ever in its 53 years at the helm of government.

The BPF was endorsed by Khama after resigning from BDP following a falling out with Khama.

Botswana’s electoral system works according to parties, like South Africa. The party that wins 29 parliamentary seats gets its presidential candidate declared the democratically elected president of the country.

The counting began earlier on Thursday with the first results marking a tight contest between UDC presidential hopeful, Duma Boko, and Masisi. 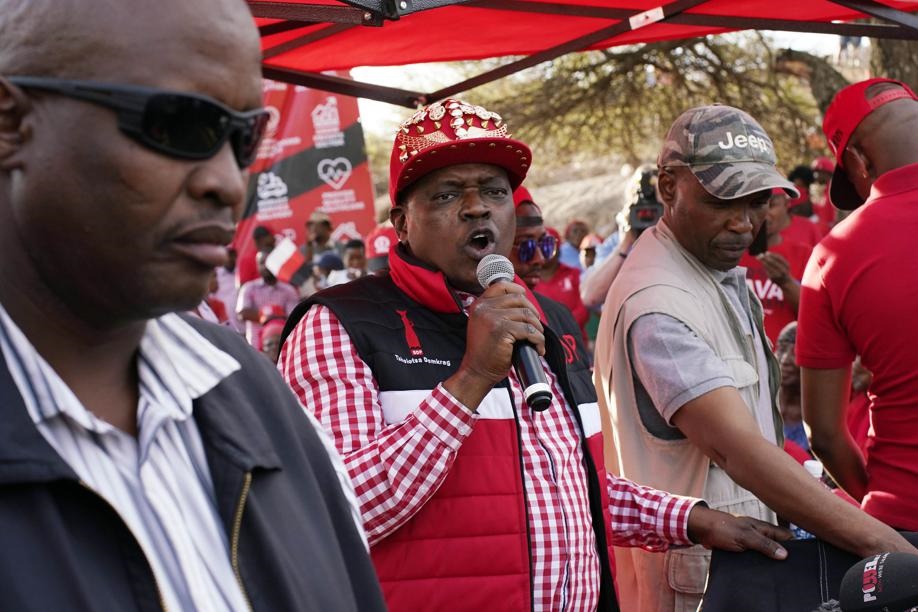 In the beginning their parties were sharing seats, overtaking each other as results were made public, but things changed later. The BDP started leading the race with a huge margin, which remained unchanged until the party ran past the finish line this morning.

Masisi’s party hit the 29-seat mark after 7am this morning.

As his party drew close to the required number, Botswana’s Chief Justice Terence Rannowana got ready to declare him president as prescribed by the country’s constitution.

“I am proud to declare Masisi an elected president of Botswana. Let me be the first one to congratulate him after voters saw it fit to trust him with their votes and for him to be the president,” Rannowana said in a live broadcast on Botswana’s public broadcaster BTV earlier today. Supporters of Botswana's President Mokgweetsi Masisi cheer as he addresses a rally in his hometown of Moshupa, Botswana, ahead of the elections. Picture: Jerome Delay/AP Photo

At the time, the BDP was at 29 followed by the UDC with 13, BPF with three and the Alliance for Progressives (AP) with one. With results at the time reflecting 46 of the total contested 57 parliamentary seats, pressure was not yet over for the frontrunners, who were yet to know whether their parties get to up their numbers from the last elections.

The governing party scored 37 seats in the last elections. The UDC won 17 and Botswana Congress Party, three. It remained to be seen who will bag how many of the remaining 13 seats.

Meanwhile, participating political parties were expected to react to the elections outcome soon after the final results are released later today.

We live in a world where facts and fiction get blurred
In times of uncertainty you need journalism you can trust. For 14 free days, you can have access to a world of in-depth analyses, investigative journalism, top opinions and a range of features. Journalism strengthens democracy. Invest in the future today. Thereafter you will be billed R75 per month. You can cancel anytime and if you cancel within 14 days you won't be billed.
Subscribe to News24
Related Links
Botswana elections: Masisi set to retain presidency as BDP takes the lead
‘Change is coming’: Opposition parties are optimistic as Botswana votes
A Botswana for the Batswana: Politicians’ last-ditch promises to voters
Next on City Press
Future economists share their views on SA's economic growth prospects