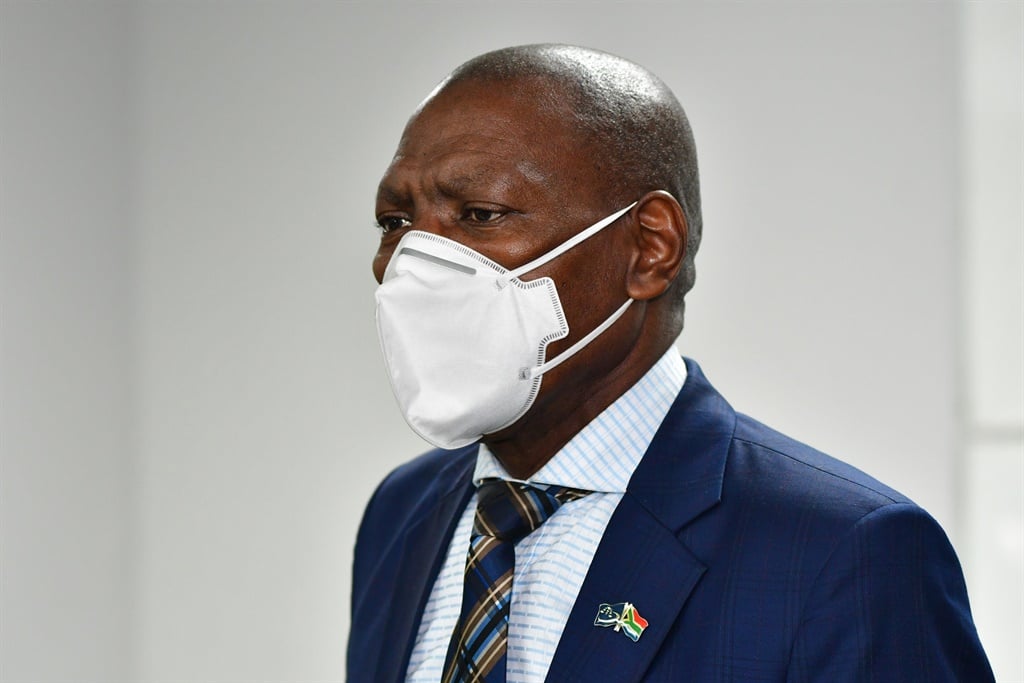 Minister of Health, Dr Zweli Mkhize visits Clairwood Hospital ahead of the expected peak in the Province. Picture: Darren Stewart

Health Minister Zweli Mkhize said the Covid-19 coronavirus crisis was unprecedented and the world had no formula and blueprint.

“We had to save lives and secure livelihoods. The lockdown assisted us tremendously to keep infections lower than would have been,” he said.

Mkhize was speaking at the United Nations Development Programme (UNDP) South African office launch of its Socio-Economic Impact (SEI) assessment of the Covid-19 study of South Africa on Wednesday.

“It was a disruptive force. Covid-19 showed the weakened structures of our economy and the lockdown worsened poverty, employment and inequality.

He said the SEI assessment outlined the vulnerabilities exposed by the pandemic.

“We will have to look at the reconstruction process going forward,” said Mkhize.

We had to save lives and secure livelihoods. The lockdown assisted us tremendously to keep infections lower than would have been.
Health Minister Zweli Mkhize

According to Dr Ayodele Odusola, resident representative of the UNDP in SA, the UNDP worked in close collaboration with other UN agencies to assess the impact of the Covid-19 on the South African economy and communities.

Odusola said the study looked at both the macro and micro implications of the Covid-19 crisis in South African society, the economy and particularly on vulnerable groups.

“We believe it is fundamental to inform and tailor the responses of all stakeholders of South Africa in order to recover from the crisis; and ensure that no one is left behind in this effort to end poverty, inequality and improve employment,” said Odusola

He said Covid-19 paralysed economic activity in the world and especially in African countries. He said no other government, in Africa or in the world, showed the leadership that was shown by SA President Cyril Ramaphosa and Health Minister Mkhize.

On March 23, Ramaphosa announced a new measure to combat the spread of Covid-19 in South Africa – a three-week nationwide lockdown with severe restrictions on travel and movement. This was supported by the SA National Defence Force – from midnight on March 26, to midnight on April 16.

At the time, Ramaphosa said more was needed to avoid “an enormous catastrophe” among the population.

“As the United Nations we want to underscore the government leadership. South Africa served as a pace setter for many countries in the world. The screening, testing, contact tracing showed great leadership,” said Odusola.

UNDP resident coordinator in SA Nardos Bekele-Thomas said the pandemic was more than a health crisis. “It is an economic crisis, a humanitarian crisis, a security crisis and a human rights crisis. Livelihood were destroyed,” said Bekele-Thomas.

“Care and support needs to be given to the vulnerable middle-class to stop them from falling into poverty,” she said.

She said the SEI assessment study highlighted the concerns around deepening inequality and poverty in South Africa, and added that the UN and the South African government needed to work together to mitigate the impact of Covid-19 on the economy.

Mkhize said that South Africa had passed the peak of the pandemic and the peak infection point.

“Covid-19 mortality rate is at 12 264 – a high number – but at the same time there are diseases that cause more mortalities,” said Mkhize.

He said that other countries have higher mortality rates. And some provinces have 90% recovery which is why we thought it was time to move towards recovery.

Chair of Solidarity Fund Gloria Serobe was also one of the speakers at the launch. Serobe said the South African government’s response to the crisis was well-coordinated.

She said the solidarity fund was sandwiched between government and the private sector.

“I have full appreciation of what the government has done so far. This report will assist us as we navigate and deal with this pandemic,” she said.

De Lille said the crisis is an opportunity for change and for the government and private sector to collaborate.

She said Ramaphosa will soon announce plans for immediate implementation to assist the poor and the most vulnerable.

We live in a world where facts and fiction get blurred
In times of uncertainty you need journalism you can trust. For only R75 per month, you have access to a world of in-depth analyses, investigative journalism, top opinions and a range of features. Journalism strengthens democracy. Invest in the future today.
Subscribe to News24
Related Links
Covid-19: Infection rate is declining, but ‘don’t drop your guard’
Covid-19 and African burials
Are you all virused out? South Africans develop Covid-19 ‘fatigue’
Next on City Press
Tshitangano raises Eskom stakes