‘We took every precaution, but still got it’: Covid-19 tears family apart A DA ward councillor and his wife, who have both tested positive for the Covid-19 coronavirus, have not been able to touch their 12-year-old daughter since they arrived back from Europe last Friday.

Their daughter even lives in a separate part of the house.

Peter and Candace Myers were in Switzerland last week for their godson’s wedding and visited Prague and Vienna.

Peter’s brother-in-law fetched the couple from the George airport on Friday with a mask after they passed the fever detection measures at OR Tambo International with flying colours.

But the next morning, both began experiencing fever, chills, aches and headaches.

Myers said they phoned a private laboratory at Life Knysna hospital and were told to come in for testing. But when they arrived, officials said they had been instructed not to do any additional Covid-19 testing.

The couple went to their doctor, who organised a test at Ampath at the hospital.

Orderlies carried out the test while they were sitting in their car. Myers said the taking of a sample from his throat was so invasive it almost made him nauseous.

“Friday night was the worst for me, so far. I coughed very badly,” said Peter, adding that he still had a fever.

Candace wrote on Facebook that she felt better on Friday and no longer had a headache.

“Neither of us can taste or smell. Our appetite isn’t great either but we’re eating to keep our energy levels up,” she wrote.

Peter said they haven’t been able to give their daughter a hug since returning from overseas.

“We’ve only been able to see her. She lives on the other side of the house.”

Myers said they were contacted earlier in the week by authorities – including intelligence services – who wanted details of their flight, and were visited by the chief medical officer in the district.

“We tried to use every possible precaution, but we still got the virus. You have no idea where it is or who has it. The only thing you can do is to isolate yourself so you don’t get it, or so that you don’t infect others if you have it.”

They are isolating themselves for 21 days, using medicine that is available over the counter and drinking warm water with lemon, ginger and honey.

A Capetonian businesswoman and mother, Kim Whitaker, also this week said she had tested positive for the virus after a visit to Germany and Austria two weeks ago.

When her flight landed in Cape Town, she did not have a fever at all, Whitaker, CEO of the Once Travel travel agency, told Health24. 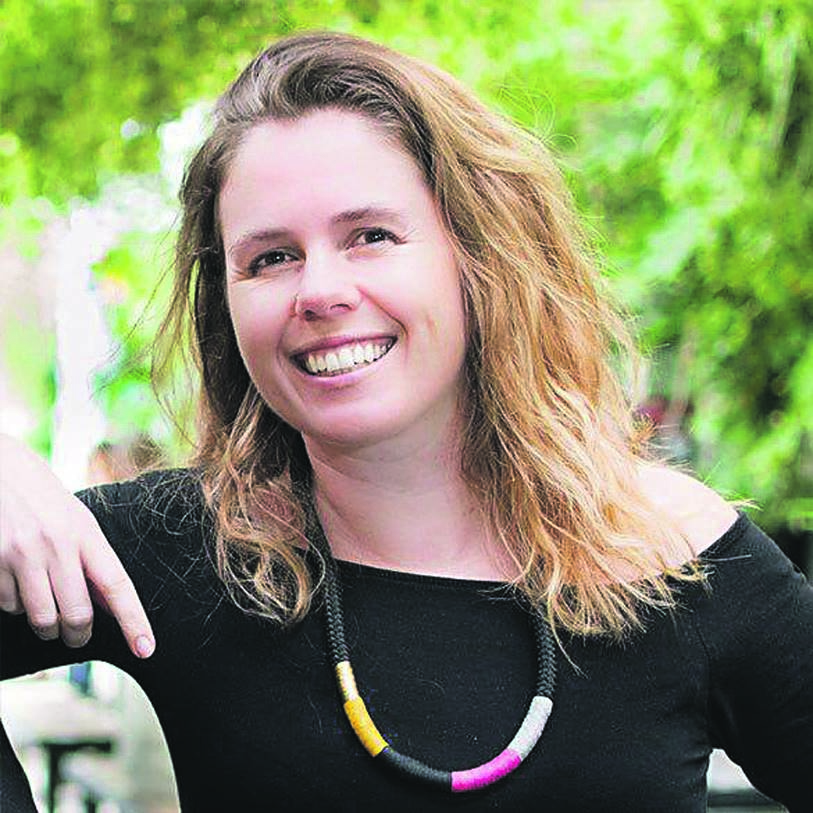 She was upset when her children’s school demanded that all parents who had been overseas isolate themselves for 14 days.

She wanted to have herself tested and prove them wrong, she said.

When the nurse entered to do the test, without gloves or a mask, it occurred to her for the first time how bad she would feel if she passed the disease on to anyone else.

“The nurse looked nervous but he had friendly eyes. The administrator offered to hold my hand so I don’t move, because the test can be painful. It was slightly uncomfortable, to say the least.”

Whitaker is now in self-isolation. She said the community’s help and assistance was incredible.

“I have a feeling we’re going to look back on this time as a turning point for humanity.”

We live in a world where facts and fiction get blurred
In times of uncertainty you need journalism you can trust. For only R75 per month, you have access to a world of in-depth analyses, investigative journalism, top opinions and a range of features. Journalism strengthens democracy. Invest in the future today.
Subscribe to News24
Related Links
Negative effect of Covid-19 on SA economy to escalate say economists
What does a Covid-19 national state of disaster mean for rights?
Covid-19: We need physical distancing as well as social solidarity
Next on City Press
Rosemary Ndlovu’s boyfriend died two weeks after she had allegedly enquired about his insurance premiums