‘We will not reward anarchy’: Pupils allegedly torch schools over results 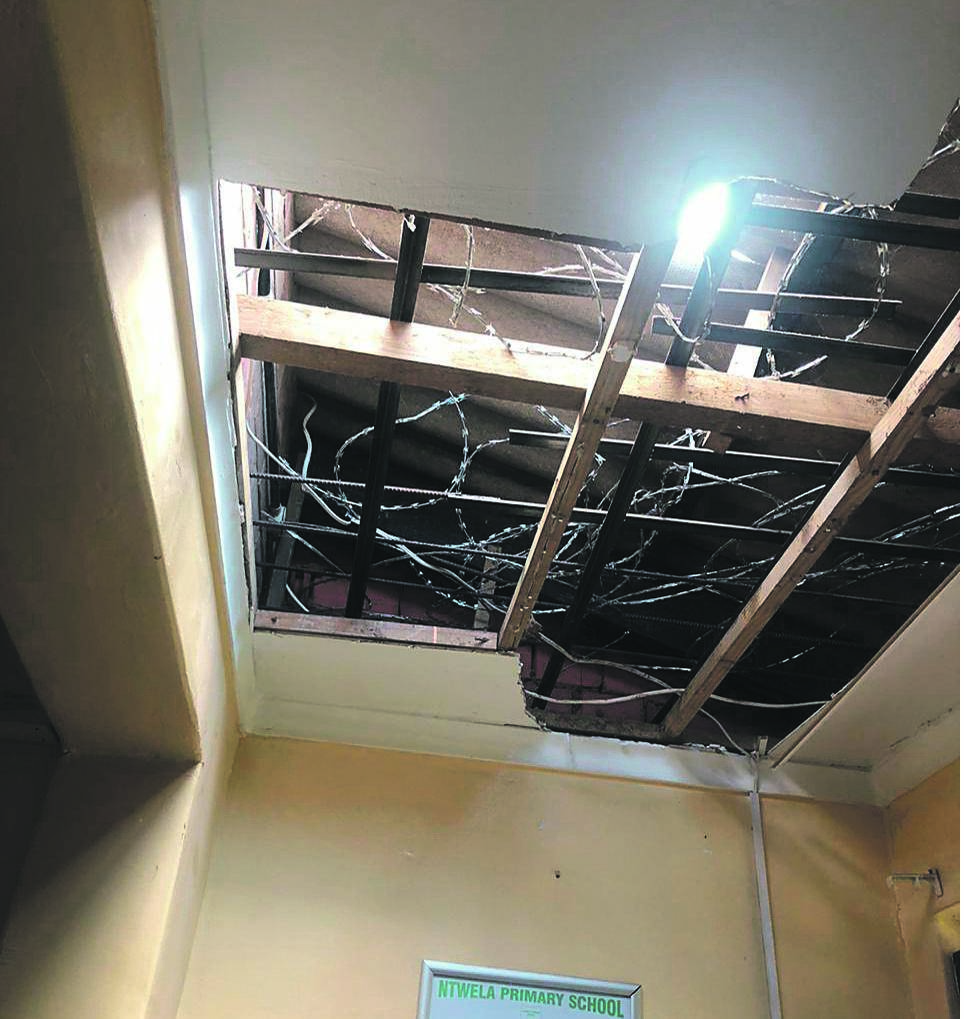 Ntweka Primary School in Umlazi in Durban was broken into and a security guard on site was allegedly severely assaulted by four suspects. Picture: Supplied

As South African schools get ready to reopen next week, pupils and teachers at several schools around the country may find themselves sharing space or using temporary structures after school infrastructure was either torched or vandalised recently.

Two schools in Gauteng and KwaZulu-Natal were left in ruins last week in reported cases of arson. A third school was torched in KwaZulu-Natal early last month, allegedly by pupils protesting over their results. And now teachers and pupils have to deal with the consequences.

In September 2018, national education authorities told Parliament’s portfolio committee on basic education that, in order to clamp down on arson, government should not prioritise the rebuilding of schools destroyed by community members.

Instead, a bill should be drafted that will see those guilty of destroying schools jailed for 30 years. The officials also suggested that the affected communities should fundraise to generate money to rebuild their schools.

The recommendations followed the torching of nine schools in North West in 2017 during protests.

There are claims that the fire started after chaos erupted when school reports were issued to pupils who felt that the results they obtained were not satisfactory.
Education MEC, Kwazi Mshengu

On Thursday, Gauteng education authorities woke up to reports that Tokelo Secondary School in Evaton, on the Vaal, was on fire. Education MEC Panyaza Lesufi said he was alerted to the incident early in the morning.

Firefighters rushed to extinguish the blaze, but four information and communication technology classrooms had already burnt to ash when they arrived.

“Sadly, pupil materials and new stock were stored in one room and destroyed by the fire. The loss is about R4 million. Engineers will assist the department to determine which part of the block may be utilised.”

“We are hopeful that teaching and learning will not be hampered when schools reopen,” Lesufi said.

A police investigation was under way.

“We call on anyone who might have information on this barbaric act to share it with the police,” said a disappointed Lesufi.

“We wish to reiterate our disappointment in such incidents because they really derail our plans. The reality is that we do not have funds to repair these schools. The department will look at what can be salvaged from the burnt school. The community must be vigilant and help us to track down the suspects.”

Ntweka Primary School in Umlazi in Durban was vandalised on December 30.

A security guard on site was allegedly attacked by four suspects and sustained serious head injuries, according to the province’s education MEC, Kwazi Mshengu.

We wish to also emphasise that we will not reward anarchy by building another school when it was destroyed deliberately
Education MEC, Kwazi Mshengu

The suspects allegedly demanded keys to the school principal’s office and, when the guard refused, they assaulted him before breaking into the office through the roof. They stole a grass cutter, laptop, desktop computer, printer and the school keys. Mshengu wished the guard a speedy recovery.

“As a department we are saddened to hear that school property was vandalised and that computers were stolen. Fortunately, what is encouraging is that community members took it on themselves to investigate the matter and found the stolen goods at the home of one of the suspects.

“Regrettably, the suspects are still on the run, but a criminal case has been opened at the Umlazi Police Station. We wish to express our heartfelt gratitude for the bravery shown by community members.

“This confirms that education is a societal issue – not just an issue that the department must deal with. Communities and government need to work together to curb crime in schools,” Mshengu said.

Meanwhile, the Zwelinjani Secondary School in Zwelibomvu location in Pinetown, Durban, was burnt down – allegedly by pupils – on December 4.

When emergency services arrived, the principal’s office, kitchen and staff room had been destroyed by the fire.

“There are claims that the fire started after chaos erupted when school reports were issued to pupils who felt that the results they obtained were not satisfactory.

He appealed to pupils not to resort to violence, crime, vandalism or destroying public property when they have grievances.

“We wish to also emphasise that we will not reward anarchy by building another school when it was destroyed deliberately.” The ruins of Zwelinjani Secondary School. Picture: Supplied
We live in a world where facts and fiction get blurred
In times of uncertainty you need journalism you can trust. For only R75 per month, you have access to a world of in-depth analyses, investigative journalism, top opinions and a range of features. Journalism strengthens democracy. Invest in the future today.
Subscribe to News24
Related Links
Parents protect burning schools
Under-fire MEC has big plans for R31bn
Next on City Press
Government responds to EFF demand to be allowed political gatherings

Read more on:
educationschoolsmatric 2019arson
Podcasts
Podcast | How to select the right exchange traded funds in this crazy market