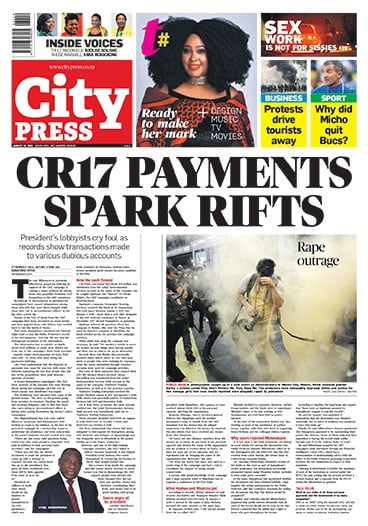 Because there are no laws to protect them, South African sex workers are no strangers to harassment, abuse and rape.

A physician gave the kwaito artist shingles medication assuming he was HIV positive.

The MEC who assaults people

Age is no match for the iconic muso, who is working on his new album and on getting his arts academy off the ground.

The ANC SG is accused of having a hidden hand in Sanco’s deepening leadership squabble.

“What about our loss?”

Relatives of the 10 people killed in the lead-up to the Marikana massacre say they have been sidelined in every way.

The decision to award a woman the title of the most handsome man at the Mafikeng Campus at North West University has sparked controversy in some conservative circles.

Prominent feminist academic and queer rights activist convicted for speaking out against Museveni and seeking freedom of expression.

UCL-Lancet Commission says contrary to popular belief, immigrants are not a huge burden on healthcare.