Who’s getting the House in order? Youngsters and oldies will share the benches in Parliament 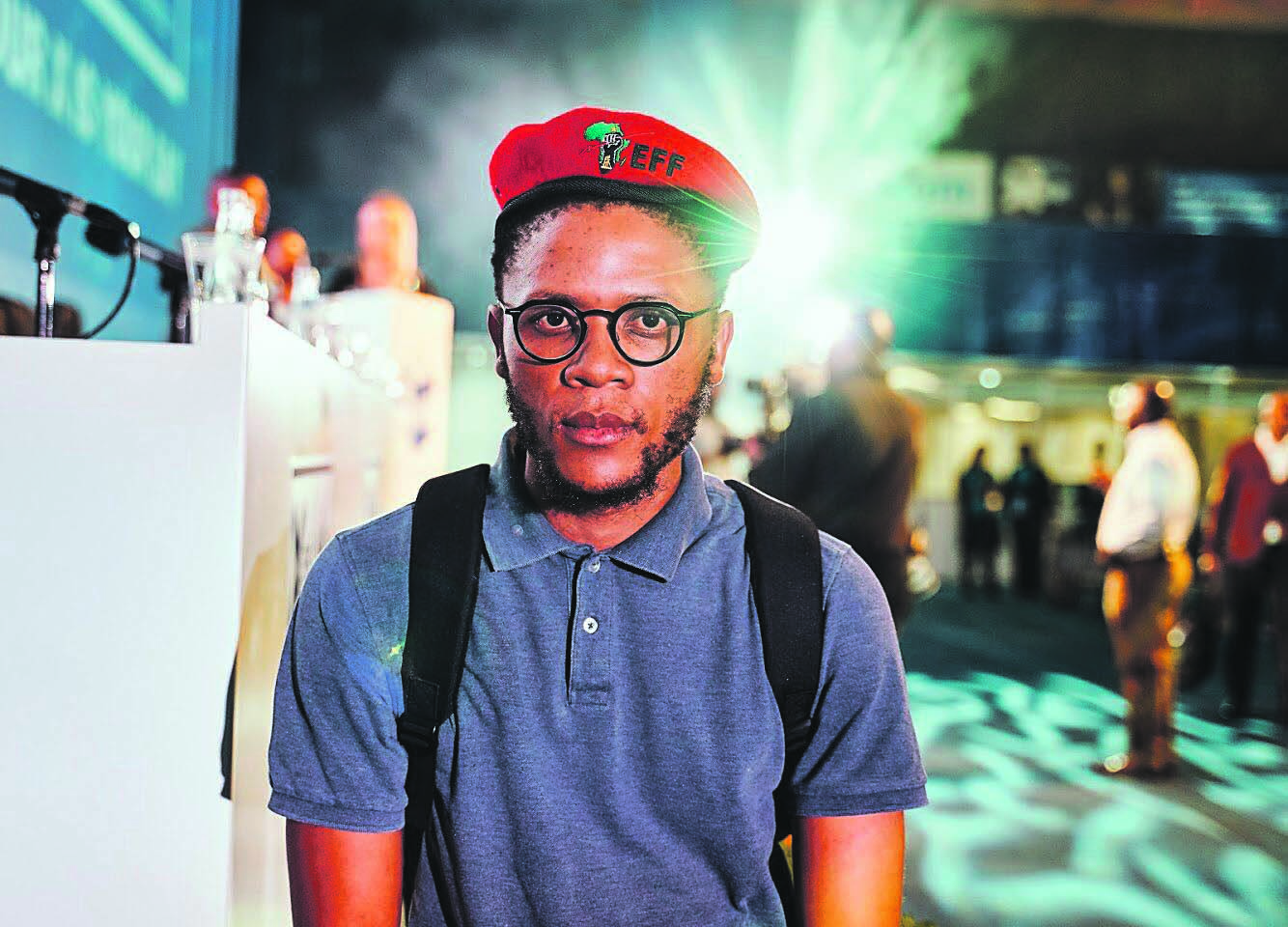 Prominent fallist Vuyani Pambo will represent the EFF in parliament

When Parliament reconvenes this week, it will be minus some well-known names, such as Justice and Correctional Services Minister Michael Masutha, Economic Development Minister Ebrahim Patel, and Trade and Industry Minister Rob Davies.

But the sixth democratic Parliament will showcase a number of young people, fresh from the #FeesMustFall movement.

Well known for the iconic image showing her in an ANC doek, her fist in the air, which was shot at the height of the #FeesMustFall movement, activist Nompendulo Mkhatshwa (25) will be one of the 230 ANC MPs designated to represent the party.

Mkhatshwa rose to prominence in 2015, while studying for her BSc degree at Wits University.

She was leader of the Students’ Representative Council (SRC). She has also worked part-time as a researcher at Luthuli House.

Mkhatshwa was short-listed at number 101 on the ANC’s national list of individuals to head to Parliament. Among the 44 EFF MPs selected to take office after the swearing-in ceremony, set for Wednesday, is prominent fallist leader Vuyani Pambo (30).

The 1.98m-tall Pambo cut his teeth in politics when he moved from the township schools of Ekuthuleni and Holy Cross to the elite St David’s Marist private school in Sandton.

His political career began at St David’s on a scholarship. This was where, according to the EFF, he loved debating and reading.

Pambo rose to prominence in 2016 when he became the party’s chairperson at Wits during the #FeesMustFall campaign.

Like most of his fellow student activists, Pambo was arrested on numerous occasions during the protests. For the May 8 ballot, Pambo served as the EFF’s head of elections.

According to a profile on her party’s social media platforms, Chirwa was introduced to student politics in 2010, when she served as deputy president of the SRC at Tshwane North College and fought tirelessly “to expose the debilitating circumstances of black people, black students and black women” in the tertiary education space.

She currently serves as the media and communications officer for the EFF Students Command.

Besides the #FeesMustFall activists, the EFF will also bring entertainers to Parliament, including popular singer-songwriter Ringo Madlingozi (55).

The celebrated Gugulethu-born Afro-pop artist has a string of successful albums to his name which have earned him several awards, including for Best Male Artist: Southern Africa and Best Male Vocalist: African Continent in the Kora All Africa Awards.

He has said that his main focus in office will be to fight for the rights of entertainers.

Just as in the fifth Parliament, where the DA’s Hlomela Bucwa made history as the youngest MP at age 24, the youngest MP in the sixth democratically elected House will also come from the DA’s ranks.

Sibongiseni Ngcobo (23) will be the youngest MP, while 90-year-old Inkatha Freedom Party leader Mangosuthu Buthelezi will be the oldest.

This means that Ngcobo was not even born when Buthelezi became an MP for the first time in 1994.

Another interesting face set to appear in Parliament is that of Wynand Boshoff (49), grandson of the “architect of apartheid” Hendrik Verwoerd, on a Freedom Front Plus ticket.

Boshoff is the son of Orania founder Carel Boshoff and a Freedom Front Plus (FF+) leader in the Northern Cape.

He scored a seat in the National Assembly thanks to the party’s dramatic growth figures in last week’s general elections.

Boshoff’s mother, Anna, was the daughter of Verwoerd, who was prime minister of South Africa from 1958 to 1966.

Boshoff said he made his mind up in matric to never take up a career in politics.

“But the FF+ needed people in the Northern Cape, so I became a volunteer and it grew from there,” he has been quoted as saying.

Having served in the National Assembly for the Pan Africanist Congress, and later the Independent Democrats from 1994 until 2010, Good party leader Patricia de Lille (68) is no stranger to Parliament.

During her previous tenure in the National Assembly, De Lille famously blew the lid on the arms deal.

With her new party having won two seats, she is expected to return after having spent time away as Cape Town’s mayor while she was in the DA.

Do you think the new MPs will bring change to Parliament?

SMS us on 35697 using the keyword MP and tell us what you think. Please include your name and province. SMSes cost R1.50. By participating, you agree to receive occasional marketing material

Related Links
Elections latest: Spoilt votes might have meant 3 seats in Parliament
Does the EFF have ‘a higher gender balance’ in Parliament?
Veterans on track to change controversial ANC list to Parliament
Share
Next on City Press
Funeral parlours turn to makeshift mortuaries as SA’s Covid-19 deaths rise