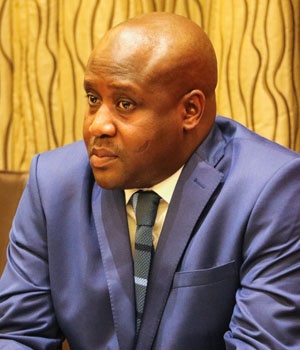 President Jacob Zuma met with National Assembly Speaker Baleka Mbete to be briefed on allegations that a bribe was offered to Advocate Ntuthuzelo Vanara, the evidence leader of Parliament’s inquiry into Eskom.

In a short statement issued on Tuesday, the Presidency said Mbete briefed Zuma on the “allegations of interference by the Minister of State Security, Bongani Bongo, in the Parliamentary inquiry by the public enterprises committee on the affairs of Eskom”.

“President Zuma is attending to the matter,” read the statement.

It did not include any other information.

This weekend The Sunday Times reported that it had seen an affidavit by Vanara, in which he alleged that Bongo had offered him a bribe.

According to the report, Bongo told Vanara he was instructed by Eskom’s interim chairperson Zethembe Khoza to offer the bribe to derail the inquiry.

Khoza originally denied the allegations to the newspaper. On Monday he reiterated in a statement that he has “never spoken to Mr Bongo, and I have never met him”.

“I have absolutely no reason why I, or Eskom, would want to collapse the inquiry when we have been calling for such a legally constituted platform so that we can place facts before the committee,” he said.

On Monday the ANC in Parliament said it took “serious exception to allegations of attempts to collapse this inquiry and derail the work of Parliament”.

It said it would support an investigation into the alleged bribe by Parliament’s ethics committee.

The Democratic Alliance said it would write to Mbete to “demand protection for both members of the portfolio committee on public enterprises currently investigating allegations of state capture at Eskom as well as the witnesses appearing before the inquiry”.

We live in a world where facts and fiction get blurred
In times of uncertainty you need journalism you can trust. For only R75 per month, you have access to a world of in-depth analyses, investigative journalism, top opinions and a range of features. Journalism strengthens democracy. Invest in the future today.
Subscribe to News24
Related Links
DA lays corruption charges against Bongani Bongo
Mpumalanga ‘did nothing’ about dodgy land deals involving Bongani Bongo
Next on City Press
Medical aid schemes have committed unfair racial discrimination – report