Joe Biden, a long-time fixture in US politics, seeks to win elusive prize Joe Biden, a fixture in US politics for 50 years as a senator and vice-president, is seeking to complete a long climb to the political mountaintop that includes two previous failed presidential bids by defeating President Donald Trump on Tuesday.

If Biden beats the Republican president, a fellow septuagenarian, the 77-year-old Democrat from Delaware would become the oldest person ever elected to the White House.

Biden has sought to portray his political experience as a benefit, casting himself as a tested leader up to the tasks of healing a nation battered by the Covid-19 coronavirus pandemic and providing steadiness after the turbulence of Trump’s presidency.

Accepting the Democratic presidential nomination in August, Biden stressed compassion and decency, seeking to draw a contrast with the pugnacious Trump.

“I’ll be an ally of the light not the darkness,” Biden said.

Trump has derided him as “Sleepy Joe” and said his mental capacity was “shot” as the president’s allies sought to portray Biden as senile.

If elected, Biden will be 78 on inauguration on January 20. Trump (74) was the oldest person to assume the presidency when he was sworn in aged 70 in 2017.

If Biden beats the Republican president, a fellow septuagenarian, the 77-year-old Democrat from Delaware would become the oldest person ever elected to the White House.

Biden unsuccessfully sought the Democratic presidential nomination in 1988 and 2008 before finally securing his party’s blessing this year with strong support among black voters.

He brings to his political career a mix of blue-collar credentials, foreign policy experience and a compelling life story marked by family tragedy – the loss of his first wife and a daughter in a car crash, and a son to cancer.

Biden arrived in Washington as a young upstart.

Aged 29, he was elected in 1972 to the US Senate and remained there for 36 years before serving from 2009 to 2017 as vice-president under Barack Obama, the country’s first black president.

Trump has sought to turn Biden’s experience into a liability, denouncing him as a career politician. He has said Biden would become a puppet of the Democratic Party’s “radical left”.

The Covid-19 pandemic has been front and centre in the presidential race. Biden accuses Trump of surrendering in the face of the public health crisis, saying the president panicked and tried to wish away the virus rather than do the hard work needed to get it under control, leaving the economy in shambles and millions of people jobless.

Trump, who was hospitalised for three days after contracting Covid-19, has mocked Biden for regularly wearing a face mask to guard against the pathogen’s spread.

‘The soul of this nation’

After serving as vice-president, Biden opted not to run for president in 2016, only to watch Trump defeat Democrat Hillary Clinton. When Biden announced his candidacy in April last year, he took aim at Trump.

“We are in the battle for the soul of this nation,” Biden said, adding that if re-elected, Trump would “forever and fundamentally alter the character of this nation – who we are – and I cannot stand by and watch that happen”.

I’ll be an ally of the light not the darkness.
Joe Biden

Biden selected Senator Kamala Harris – the daughter of immigrants from Jamaica and India – as his running mate, making her the first black woman and first person of Asian descent on a major party US ticket.

At 56, Harris is a generation younger than Biden. 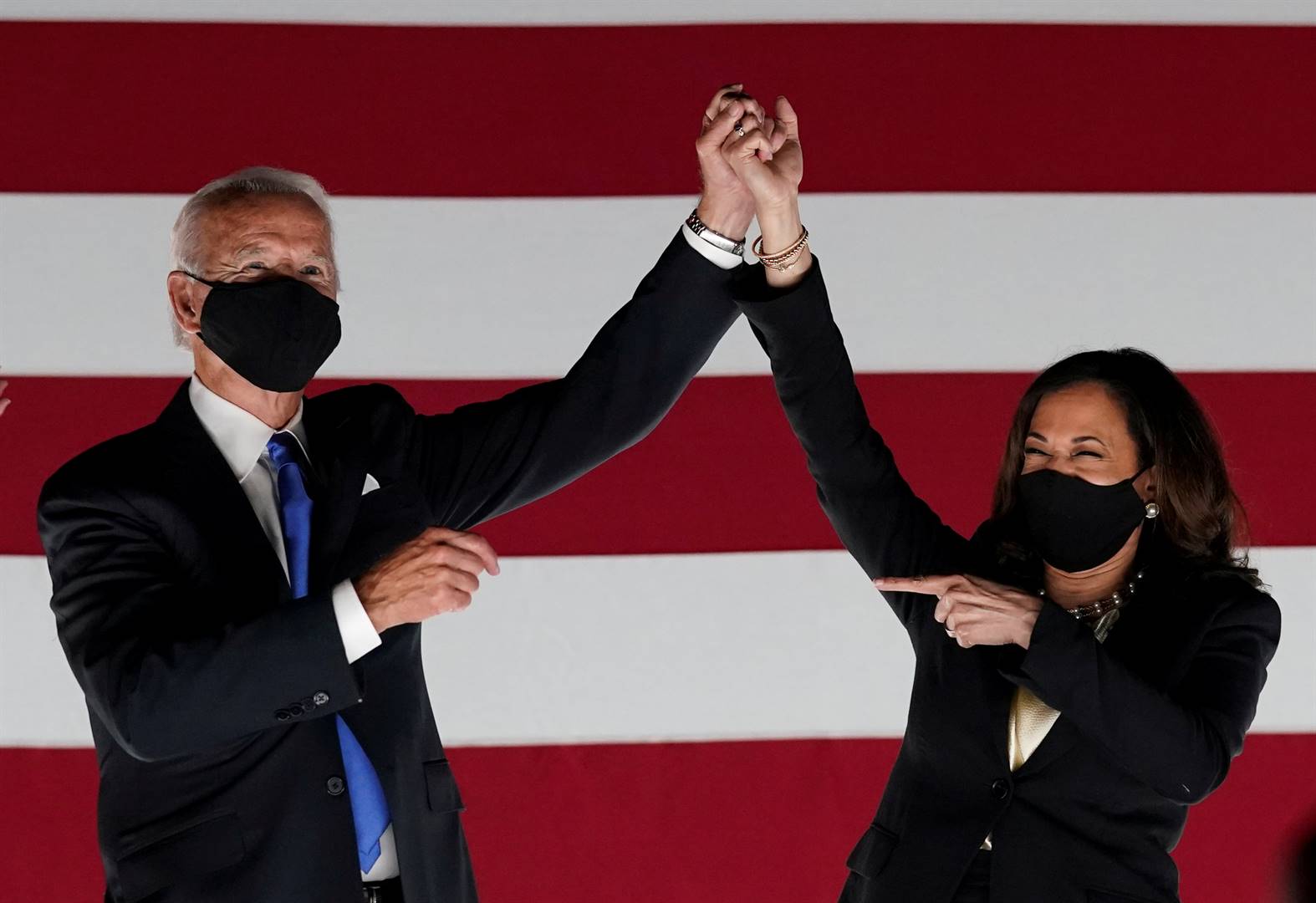 An effort by Trump to dig up dirt on Biden resulted in the president’s impeachment in the Democratic-controlled US House of Representatives in December last year.

The two articles of impeachment – abuse of power and obstruction of Congress – stemmed from Trump’s request that Ukraine investigate Biden and his son Hunter on unsubstantiated corruption allegations.

In February, the Senate, controlled by Trump’s fellow Republicans, acquitted him of the charges after refusing to call any witnesses.

US intelligence agencies and the FBI director this year concluded that Russia, after interfering in the 2016 election to harm Trump’s opponent Clinton, was engaging in a campaign to denigrate Biden and boost Trump’s re-election chances while promoting discord in the US.

He dropped out of the 1988 race after allegations that he had plagiarised some speech lines from British Labour Party leader Neil Kinnock. In 2008, Biden won little support and withdrew, only to be selected later as Obama’s running mate.

The folksy Biden, known for blunt talk and occasional verbal gaffes, has often referenced his working class roots to connect with ordinary Americans. Biden also was the first Catholic US vice-president.

Under Obama, Biden served as a troubleshooter on matters of war and foreign affairs and on domestic issues such as gun control and fiscal policy.

Obama did not always heed Biden’s advice. Obama gave the go-ahead for the 2011 raid in Pakistan that killed al-Qaeda leader Osama bin Laden despite Biden’s warning that it was too risky.

Biden speaks openly about his family’s tragedies, including the 1972 car crash that killed his first wife, Neilia, and their 13-month-old daughter, Naomi, weeks after his election to the Senate.

He almost abandoned his political career to care for his two young sons who survived the accident but stayed on, commuting by train from Delaware to Washington to avoid uprooting them.

In 2015, his son Joseph “Beau” Biden, an Iraq war veteran who had served as Delaware’s attorney general, died from brain cancer aged 46. Biden’s son Hunter struggled with drug issues as an adult.

Biden himself had a health scare in 1988 when he suffered two brain aneurysms.

Biden was born in the blue-collar city of Scranton, Pennsylvania, the eldest of four siblings. His family later moved to Delaware. He overcame stuttering as a boy by reciting passages of poetry to a mirror.

He was practically a political novice, having served two years on a county board in Delaware, when in 1972 he became the fifth youngest elected senator in US history.

Despite years of partisan hostilities in Washington, Biden remained a believer in bipartisanship.

During his time in the Senate, he was known for his close working relationships with some of his Republican colleagues.

In addition, a number of disaffected Republicans, including former government officials and former lawmakers, alarmed at Trump’s presidency have endorsed Biden.

Biden also advocated for the US’s role as a leader on the world stage at a time when Trump was abandoning international agreements and alienating long time foreign allies. 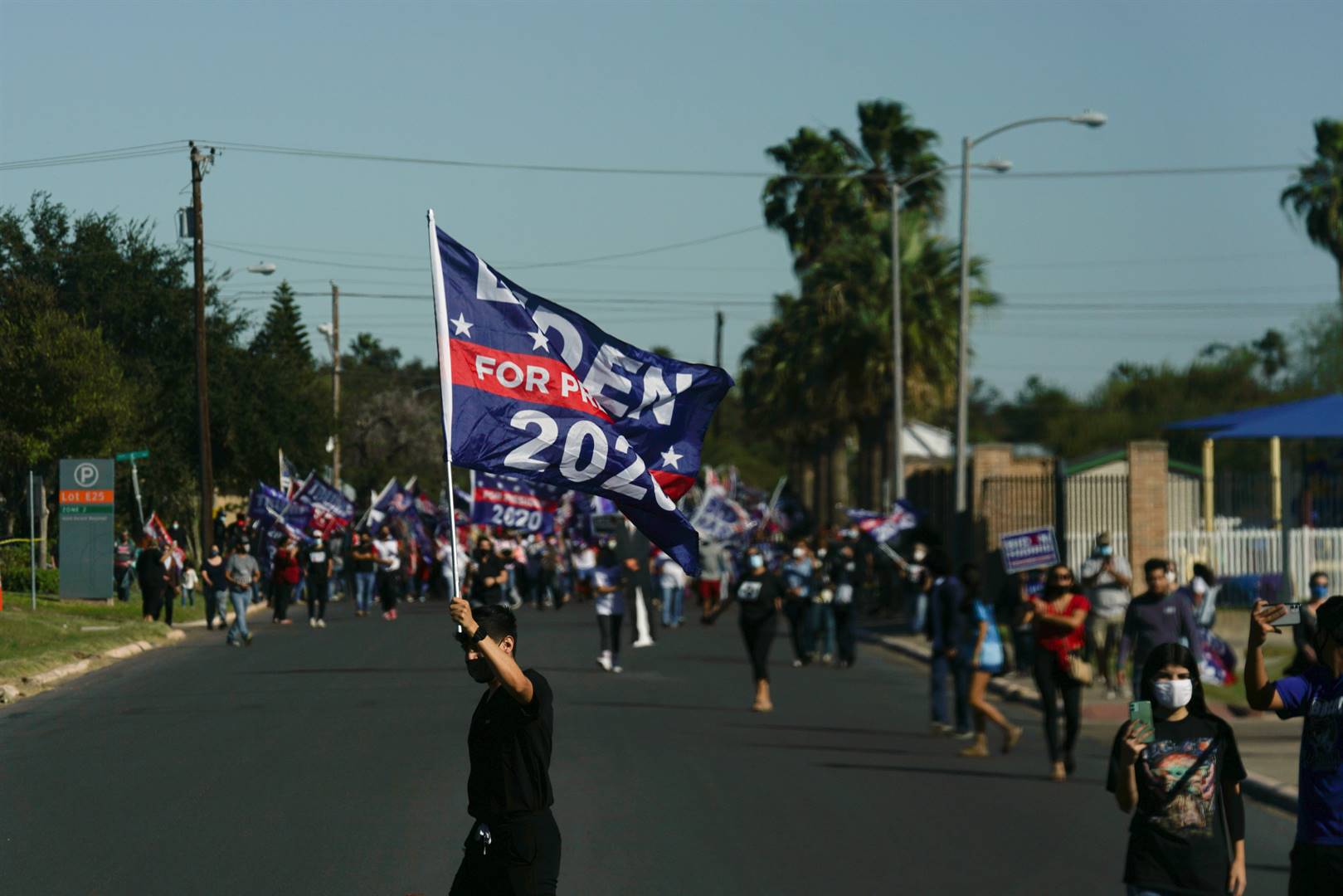 One of Biden’s accomplishments as a senator was helping to secure passage in 1994 of a law called the Violence Against Women Act to protect victims of domestic crimes.

While in the Senate, Biden built up a specialty in foreign affairs and at one time headed the foreign relations committee. He voted in favour of authorising the 2003 Iraq invasion before becoming a critic of Republican President George W Bush’s handling of the war.

We are in the battle for the soul of this nation ... [Trump will] forever and fundamentally alter the character of this nation – who we are – and I cannot stand by and watch that happen
Joe Biden

Liberals criticised him for doing too little to defend Hill’s allegations, which Thomas had denied. The committee held explosive televised hearings prior to Thomas’ eventual Senate confirmation. Thomas accused Biden’s committee of conducting “a high-tech lynching for uppity blacks who in any way deign to think for themselves, to do for themselves, to have different ideas”.

In May of this year, Biden denied a former Senate aide’s accusation that he had sexually assaulted her in 1993, calling the claim “not true” and saying “unequivocally it never, never happened”. The allegation was made by Tara Reade of California who worked as a staff assistant in Biden’s Senate office for about 10 months.

Reade was one of eight women who came forward last year to say Biden had hugged, kissed or touched them in ways that made them uncomfortable, though none accused him of sexual assault. Reade publicly accused him of the assault months later. – Reuters

We live in a world where facts and fiction get blurred
In times of uncertainty you need journalism you can trust. For only R75 per month, you have access to a world of in-depth analyses, investigative journalism, top opinions and a range of features. Journalism strengthens democracy. Invest in the future today.
Subscribe to News24
Related Links
Friends and Friction: The real price of a presidential race
Mondli Makhanya | The choice America faces is the choice South Africa made in 2014
A Biden vote and a political remix: the US election affects you too
Next on City Press
SACC leader Mpumlwana decries SA politics and calls for change