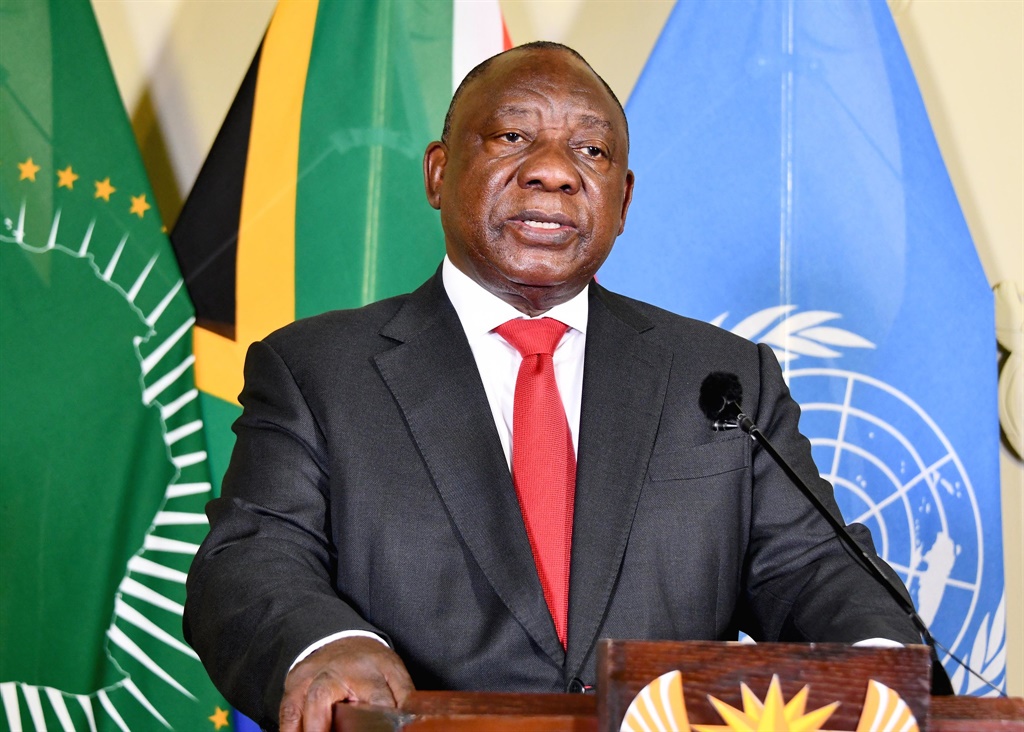 President Cyril Ramaphosa has used his address to the United Nations General Assembly to call for the international community to support the rollout of a comprehensive stimulus package for African countries.

Ramaphosa, who is also African Union chairperson, said the Covid-19 coronavirus pandemic will inevitably set back developmental aspirations on the continent.

“The resources we have had to redirect to fighting the pandemic have set back our efforts to provide housing, healthcare, water and sanitation, and education to our people,” he said.

Ramaphosa therefore called for the suspension of interest payments on Africa’s external and public debt.

“As the African Union we are encouraged by the collaboration of the G20, the International Monetary Fund, the World Bank and the UN towards finding solutions to debt sustainability in developing countries”.

Read: UN to ensure that the world post-Covid-19 is better, fairer, peaceful – Ramaphosa

He said despite the difficulties, the African Union has established a Covid-19 response fund and launched a ground-breaking African Medical Supplies Platform to ensure all countries have access to the necessary equipment and supplies.

“This will enable African countries to not only mitigate the health impacts of Covid-19 but to aid us in the immense task of rebuilding our shattered economies,” he said.

To ensure that no country is left behind, we reiterate our position as the African Union that economic sanctions against Zimbabwe and Sudan should be lifted to allow their governments to respond adequately to the pandemic.
President Ramaphosa

Speaking during the 75th session of the UN General Assembly, Ramaphosa made a controversial call for economic sanctions to be lifted against Zimbabwe.

The Zimbabwean government has blamed economic sanctions for the poor state of the country, while the opposition and international non-governmental organisations insist that the economic collapse is as a result of years of mismanagement, poor economic policies and corruption.

“To ensure that no country is left behind, we reiterate our position as the African Union that economic sanctions against Zimbabwe and Sudan should be lifted to allow their governments to respond adequately to the pandemic,” he said.

Opinion: Despite Mnangagwa’s promises of reform, Zimbabwe is still in Mugabe’s shadow

Ramaphosa reminded the general assembly of the words of UN secretary-general António Guterres when he delivered the 18th Nelson Mandela Annual Lecture in July 2020.

Guterres called on the nations of the world to forge a New Social Contract and a New Global Deal.

“He said we must create equal opportunities for all, that we must advance a more inclusive and balanced multilateral trading system, that debt architecture must be reformed, and that there should be greater access to affordable credit for developing countries. It is a call we as South Africa wholly endorse,” Ramaphosa said.

He once again repeated the call for greater representation of African countries on the Security Council and urged that this be taken up with urgency at the intergovernmental negotiations.

“It is only through a reformed and inclusive UN Security Council that we will be able to collectively resolve some of the world’s most protracted conflicts.”

We live in a world where facts and fiction get blurred
In times of uncertainty you need journalism you can trust. For only R75 per month, you have access to a world of in-depth analyses, investigative journalism, top opinions and a range of features. Journalism strengthens democracy. Invest in the future today.
Subscribe to News24
Related Links
Women-headed households are in a Covid-19 chokehold
Business for Ending Lockdown calls on Ramaphosa to lift all remaining restrictions
‘We need more journalists’: Ramaphosa calls for support for the media industry
Next on City Press
Liquidators target ANC to retrieve R3.6 million in payments