How to get your business ready for a loan 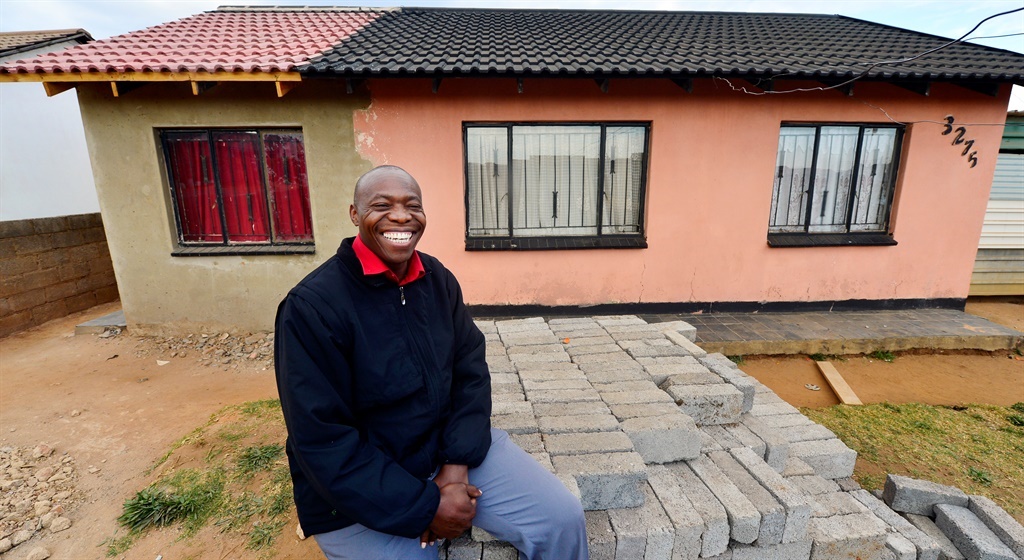 He began by renting out rooms on his own property before investing in a three-bedroom property on the East Rand, adjacent to an informal settlement.

He obtained a R370 000 mortgage to cover the purchase and then took out loans to build six additional rooms on the property. The rooms were immediately let and Howard receives a steady income. However, by the time Howard entered the Money Makeover competition, he was spending R9 735 a month repaying short-term loans totalling R218 000, and R8 400 a month repaying the R714 000 mortgage on both houses.

He owed close to R1 million.

“When my adviser Elton Govender first helped me with the numbers, I was shocked to see how much debt I had. I was only looking at the instalments,” he said. Technically, the income he generated covered the loans, but in order for him to grow, he had to find better financing options.

Elton, who works for Absa, said the first thing they did was break his budget up into a personal and a business one. He opened a separate business account for Howard. He taught Howard to use an Excel spreadsheet to create detailed financial statements.

“I was very strict with him. He had to account for every cent. I didn’t allow him to round up to the nearest rand.”

Elton knew that when it came to applying for finance, the bank would want to cross reference those figures with Howard’s bank statements and receipts. Howard collected his rent in cash, rather than depositing it into the bank account at a high cost. Elton therefore recommended that he use this cash to pay for day-to-day expenses, but to keep every single receipt to show the bank.

At first, Howard had to spend time going through his papers to work out his finances, but now he has them at his fingertips. When it came to the meeting with the bank, he was able to answer their questions with authority.

Howard drew up a proper business plan projecting his future income and outlining his next phase of development. He also got electrical compliance certificates for all the rooms.

By the time Howard met the business team at Absa, he was knowledgeable about his business and could give a motivation for the loan. The application was submitted as normal and approved, based on the information provided.

The business loan will settle all his short-term loans. It reduced his interest rate from 25% to 13% per annum, a saving of R4 000 per month. Over the four years, Howard will save R192 000 in interest.

In retrospect, what could Howard have done differently to avoid incurring those short-term debts?

In many ways Howard’s journey was inevitable, as it started off as a small idea – renting out a room on his own property – which developed into a greater plan once he realised the demand. Without a clear vision and business plan, Howard managed from day-to-day, applying for loans as he built. Without approved building plans, Howard could not apply for a building loan. The lack of money also meant he took some short cuts, which needed to be rectified to allow him to build further and find investors.

READ: How to make extra cash from letting out your room

Many entrepreneurs will find that the beginning of their journey is similar to Howard’s. The key is to keep proper records from the beginning, so that you have a good story to show when you apply for that business loan or look for an investor.

For Howard, the year ahead will entail completing maintenance on the properties and raising additional funding of R120 000 to build an additional four rooms on the property. Funding plans include savings, another business loan or finding an investor. This forms part of his five-year plan, by which time the business loans will be repaid.

“Howard has a successful business model and, as he continues his journey, the business will evolve into a corporate model that will attract investors,” says Elton. “I have no doubt he will become a major property developer in the area. Howard and I have a long journey ahead and this is just the beginning.”

We live in a world where facts and fiction get blurred
In times of uncertainty you need journalism you can trust. For only R75 per month, you have access to a world of in-depth analyses, investigative journalism, top opinions and a range of features. Journalism strengthens democracy. Invest in the future today.
Subscribe to News24
Related Links
Property prices for 2018: Will they go up or down
Money hacks: Surviving a life shock
Next on City Press
Faces of financial freedom