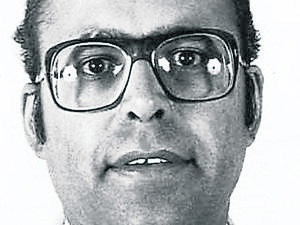 The death of Winnie Madikizela-Mandela has opened old wounds for the family of slain Soweto struggle doctor Abu Baker Asvat.

This is because his assassination continues to be linked to Madikizela-Mandela, although her involvement in the crime has not been proven.

Ali Osmany, the spokesperson for the Abu Asvat Institute, told City Press on Friday that the family had a close relationship with Madikizela-Mandela and that Asvat had worked with her before his murder.

“The position of the Dr Asvat Institute officially is that we certainly express our heartfelt condolences to the Mandela family, their friends and relatives. We do believe that there was a case to be answered in the death of Dr Asvat, particularly knowing that there were two people arrested and put on trial for his death. There are difficult questions that remain in the public domain that are unanswered.”

His death followed the murder of 14-year-old United Democratic Front activist Moeketsi “Stompie” Seipei on January 1 1989. The teenager was assaulted at Madikizela-Mandela’s home after members of the Mandela United Football Club abducted him from the home of Methodist minister Paul Verryn on December 29 1988.

Osmany said Madikizela-Mandela would visit the Asvat family at their home.

“I think that is why they find it difficult to come to terms with the fact that somebody that was close to their home could have somehow become embroiled in ... the death of Stompie.”

The difficulty was also because of the link between Asvat and Stompie.

Osmany said the questions that still needed answering included how the assassins knew Asvat’s surgery, because they were not familiar with Soweto, as well as the timing of the killing.

“I think it stands as a factual record that certain fingers during the trial [of Seipei’s killers] were pointed directly at the hand of Winnie Mandela,” he said.

Asvat was called to examine Seipei after he was assaulted, and before the teenager was murdered.

“Asvat was called to attend to a very badly injured Stompie and he drew up a report. That medical report was then given in trust to the Mass Democratic Movement, or if I may call it the ANC in whatever form.

“The questions are: Did Asvat record exactly what happened to Stompie in Stompie’s own words? And did that report in some way implicate people who are very afraid of being exposed and felt it appropriate to get rid of Asvat so that information could not come to the fore?”

He said “people in high places” had had opportunities to come clean about Asvat’s murder during the inquest into the killing, during the Truth and Reconciliation Commission and during the trials of Stompie’s and Asvat’s killers.

Osmany said the institute was continuing Asvat’s work in communities and schools, but was struggling as it did not have a permanent office. They did not want plush premises, merely space to coordinate the work they did to combat social ills in disadvantaged areas.

We live in a world where facts and fiction get blurred
In times of uncertainty you need journalism you can trust. For only R75 per month, you have access to a world of in-depth analyses, investigative journalism, top opinions and a range of features. Journalism strengthens democracy. Invest in the future today.
Subscribe to News24
Next on City Press
‘I fear nothing’: Winnie in her own words