10 players who stood out this season 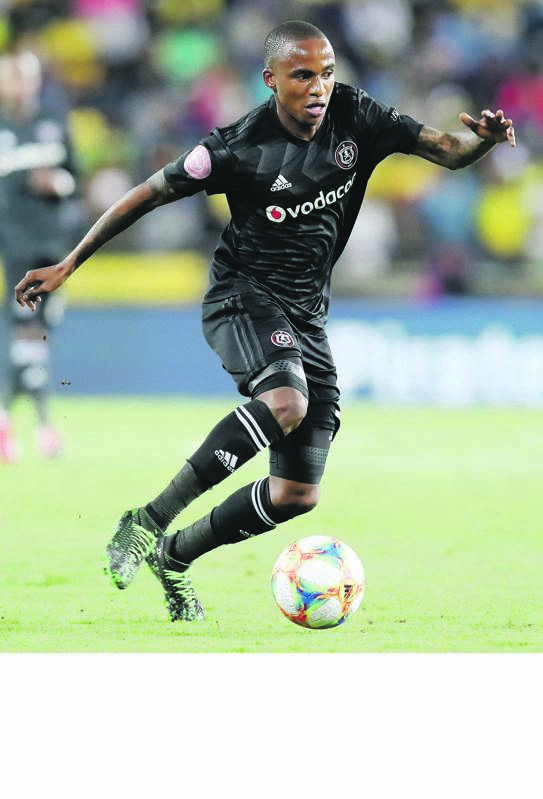 Ahead of the unveiling of the PSL’s award nominees on Monday, Daniel Mothowagae looks at the players who are worthy of a place on the candidates’ list.

While there is often bias towards attacking players, Kekana’s consistency would make it hard for the judges to overlook him for a crack at the footballer of the season gong.

The combative midfielder has already done more than enough this season and deserves the recognition.

Not many players of his age are regulars at their clubs, but Kekana – who turns 34 next week – was still able to maintain his form while navigating between the domestic league and the CAF Champions League.

It was only on four occasions that Kekana did not see out 90 minutes on the park, but this it was mainly because coach Pitso Mosimane was preserving the Downs captain for the taxing continental club competition assignments.

In his 32 appearances in all domestic competitions, the veteran also chipped in with vital goals along the way.

Notably, his strikes against Chippa United and Golden Arrows, which kept Sundowns in the hunt for the Premiership title.

Kekana has walked away empty-handed from the annual end-of-season awards three time already, and he will consider himself unlucky if there is another near miss or if he is not on the candidate list at all.

Almost all Pirates opponents classified the 25-year-old as the most dangerous player in the Bucs system.

Lorch (25) has often proved hard to track and his devastating pace was central to Pirates’ quick transitions.

With 25 appearances and seven goals in the league, the winger was also instrumental in helping Bucs to the Telkom Knockout final, where they were stung by Baroka FC.

It was Lorch’s never-say-die spirit that forced the decider into extra time. He missed a penalty in sudden-death during the tense shoot-out. The tiny attacker’s influence in the team has been backed by the number of assists he provided when he was deployed either as second striker or on either wing.

Lorch has proved he was a player for the big stage, with the most recent massive display against Cape Town City a case in point.

He scored the equaliser and set Luvuyo Memela up to keep Pirates in the league title race.

Lorch’s PSL player of the month award for February, as well as a similar accolade at his club, back up an outstanding season.

Coach Jozef Vukušic knew who to turn to when Rodney Ramagalela fell out of favour with the club earlier in the season, and Maluleke’s experience carried Rise and Shine through as the team emerged as the dark horse in the title race.

Voted PSL’s best player for October, Maluleke’s 25 appearances – 22 of those for the full 90 minutes – as well as four goals and nine assists, place him in with a shot for the best midfielder and best footballer awards.

Although his red card late last year might be a spoiler, the veteran midfielder still bounced back to help his side maintain a top-five spot on the log. Maluleke shrugged off injury in March and has played every minute for the team before this weekend’s matches.

Mosimane has often likened Zwane’s intelligence to that of Barcelona legend Andrés Iniesta. Zwane operates more like a playmaker, despite being used as a winger.

The 29-year-old is difficult to track in the park, and has often formed a strong link with Lebohang Maboe and Gastón Sirino in attack. Zwane is worth considering for a nomination.

Leopards might have struggled for the better part of the season, but Musonda (28) almost single-handedly carried Lidoda Duvha on his shoulders.

His statistics sum up his season well – 18 goals in 30 appearances across all domestic competitions.

That he collected two PSL player of the month awards in March/April and December/January makes the Zambian marksman a worthy contender for the main player’s award.

Musonda’s highlight will remain his hat-trick in Leopards’ come-from-behind 3-2 victory over Chippa United in March. He is the only player to have achieved this feat this season.

If there is anyone who deserves the goalkeeper of the season gong, it is Williams.

Apart from playing every minute of SuperSport’s league fixtures this season, the 27-year-old conceded 26 goals and kept nine clean sheets.

He edges past his Bidvest Wits counterpart Dareen Keet, who also boasts impressive statistics, but the Bafana Bafana shot-stopper was undone by club coach Gavin Hunt, who benched him in all the team’s four matches last month because of a contractual dispute.

For a defensive midfielder, eight goals in a season is a good return for the unsung Mvala.

His timing on intercepting opposition moves and good distribution of the ball helped Highlands keep afloat in their return to the premier division, which is good for an old-fashioned anchor man.

The 24-year-old has more than once proved to be dangerous at the end of set plays, and the fact that he is a high-scoring midfielder in the league backs this point. He is a worthy candidate for the midfielder of the season.

One of the cleanest defenders in the league, Jele is one of the reasons Bucs conceded the least goals this campaign.

He had a hand in guiding the defence that had the ever-improving fullback Innocent Maela, who should be considered for the best defender accolade.

Coach Milutin Sredojevic could not have mounted a strong challenge for the championship had it not been for the experience of the two, especially when Bucs did not a have a permanent choice in goal.

One of the least heralded players this season, Mkhize (30) has been one of coach Benni McCarthy’s trusted warriors. Solid and strong in the tackle, Mkhize’s dynamic game has seen him launch overlaps and deliver a cross whenever he surged froward. He deserves a place among the contenders for the best defender award.

The 20-year-old has been one of the revelations for City this season, even when he was called on by coach McCarthy as an impact player coming from the bench.

Links played a pivotal role in helping City to the MTN8 cup triumph, but he has AmaZulu left-back Sibusiso Mabiliso to contend with as another one who should vie for the young player of the season accolade.

. Also to be rewarded at the awards ceremony at Durban’s Convention Centre next Sunday are the MultiChoice Diski Challenge (MDC) player of the season; MDC’s Shield player of the tournament; as well as referee and assistant referee of the season.

Who deserves the PSL Footballer of the Season and why? 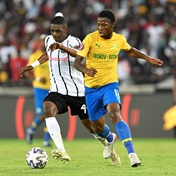