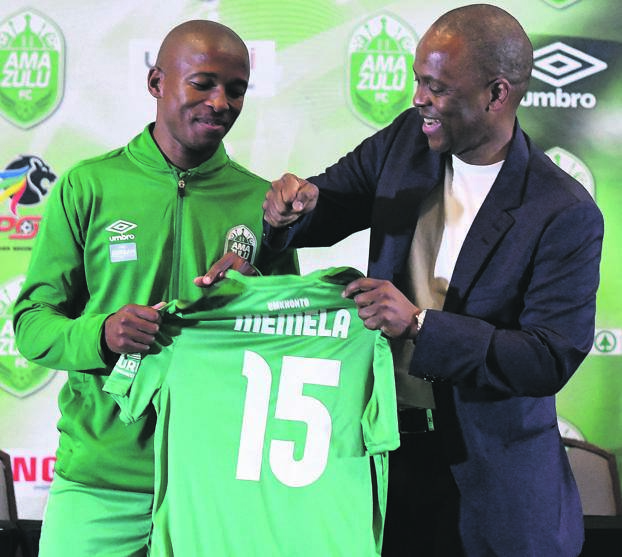 New AmaZulu midfielder Luvuyo Memela has a score to settle with Orlando Pirates. Memela and Augustine Mulenga will be up against their former club Pirates in the league on Saturday.

Usuthu open their DStv Premiership campaign against the Buccaneers at the Jonsson Kings Park Stadium in Durban on Saturday night. Kick off is at 8.15pm.

Memela said he was looking forward to facing his former team-mates.

“We will want to do well, not only in the next game but this whole season, because as you can see the club is very ambitious,” he said.

“The important thing is for the team to work well together. It’s always a bonus when you join a team with quality players.”

Memela’s departure from Pirates was a surprise because it looked like both parties had been negotiating a contract extension.

We will want to do well, not only in the next game but this whole season, because as you can see the club is very ambitious
Luvuyo Memela

The 33-year-old did not want to divulge the reasons the negotiations fell through. “I don’t want to get into that. It’s football. What is important is for me to be at AmaZulu.

“AmaZulu want to achieve things [this season] and have been in the PSL for a long time. The ambition of the chairperson is what motivated me to join the club. It wasn’t a difficult decision to make,” he said.

Sandile Zungu, the new owner of the club, unveiled the pair and a host of new signings at a glitzy press conference midweek.

The marquee signing was former Kaizer Chiefs winger Siphiwe Tshabalala, who had been without a club for 17 months.

We live in a world where facts and fiction get blurred
In times of uncertainty you need journalism you can trust. For only R75 per month, you have access to a world of in-depth analyses, investigative journalism, top opinions and a range of features. Journalism strengthens democracy. Invest in the future today.
Subscribe to News24
Related Links
All eyes on Sundowns in a weekend of fixtures extravaganza
Zinnbauer’s touch on show as Bucs edge Cape Town City in MTN8
Shaping up Pirates will not be easy, but Zinnbauer is up for the challenge
Next on City Press
Give us same share as Bafana – Banyana star Kgatlana