Cavin steps out of Pitso's shadow 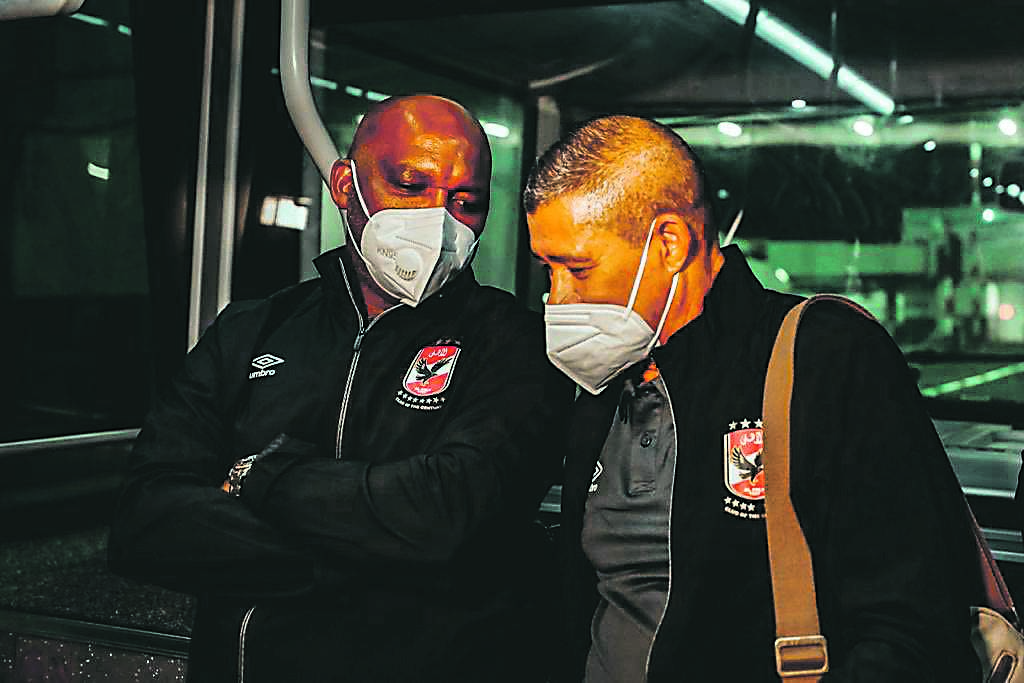 When Al Ahly begin the defence of their CAF Champions League title on Wednesday, the game will thrust Pitso Mosimane’s assistant Cavin Johnson into the spotlight.

The team will be without Mosimane after the head coach tested positive for Covid-19 in the middle of the week.

Johnson guided Al Ahly to a 3-0 win over Ghazi El Mahalla in a league game on Friday, and he will remain caretaker coach until his principal recovers.

Al Ahly travel to Niger to take on AS Sonidep in a second preliminary round on Wednesday.

The tactician from Westbury on the West Rand in Johannesburg will be in charge, together with second assistant coach Samy Komsan and team manager Sayed Abdelhafiz.

“I don’t feel like I will be in the hot seat or anything like that because we work as a team. Coach Pitso will not be there, but we have a very good technical team that includes the second assistant Samy and team manager Sayed,” Johnson told City Press this week.

The 62-year-old was hand-picked by Mosimane to become his assistant at Egyptian giants Al Ahly in October.

“Coach Pitso will obviously also contribute even though he won’t be there with us. We also have KB [Kabelo Rangoaga, the conditioning coach] and Musi [performance analyst Musi Matlaba]. So it will be a team effort. The preparations for the team will be done well before kick-off.”

Al Ahly have received rave reviews for their exciting brand of football during their undefeated run of 11 wins and a draw since Mosimane and his compatriots assumed their tenure on October 5.

Johnson also spoke about how he went from being hospitalised after a suspected heart attack earlier this year to becoming an African champion with Al Ahly.

There were doubts whether the tactician would return to coaching after the health scare. In February, just days after being axed as Black Leopards coach, he was rushed to hospital. The jovial tactician has made a comeback in spectacular fashion, and finds himself now working for the biggest club in Africa – three-time champions Al Ahly.

“I wouldn’t say it was a health scare, but I am fortunate that I have a good support system at home from my wife and my children. They made it easy for me [to recover] and ensure I was okay,” Johnson said.

“I went into the hospital and I was out in less than two hours. I came out smelling like roses. I am fit and strong now. All of that is not important and it’s in the past. What’s important now is where I find myself three titles later – with Al Ahly.

“Credit has to go to coach Pitso for choosing me to come here with him,” Johnson said.

The Misri enjoyed an unbeaten run to end off the 2019/20 season after the arrival of Mosimane and his South African technical team, which also includes Rangoaga and Matlaba.

Al Ahly have received rave reviews for their exciting brand of football during their undefeated run of 11 wins and a draw since Mosimane and his compatriots assumed their tenure on October 5.

They have won the league, the Egyptian Cup and the sought-after CAF Champions League.

“The Champions League is the one they really wanted. It really meant a lot for the club and the fans that we were able to achieve it. Coach Pitso is the one who pulled everyone together and ensured our success.”

Pitso knew that we were two different horses [their personalities], but he still felt that I was the right man to be by his side in Egypt. I can’t thank him enough for bringing me into his space where he has been for the past nine years.
Calvin Johnson

Having enjoyed resounding success with Al Ahly in such a short time, it’s not lost on Johnson how much he owes Mosimane.

He admitted that he had never imagined he would be working on such a big football stage. He was looking forward to the Fifa Club World Cup in Qatar next year.

“Pitso knew that we were two different horses [their personalities], but he still felt that I was the right man to be by his side in Egypt. I can’t thank him enough for bringing me into his space where he has been for the past nine years.

“This is completely different from what many of our coaches are used to in the PSL. I am grateful to be here and I’m looking forward to the challenges that lie ahead.”

We live in a world where facts and fiction get blurred
In times of uncertainty you need journalism you can trust. For only R75 per month, you have access to a world of in-depth analyses, investigative journalism, top opinions and a range of features. Journalism strengthens democracy. Invest in the future today.
Subscribe to News24
Related Links
A season of firsts as SA populates CAF stage
Pitso Mosimane’s dream of another medal on hold after CAF postpone Super Cup final
'Calm' Cavin says he's the man to put out fires for Pitso
Next on City Press
Patrice Motsepe reveals his 10-point plan to transform CAF