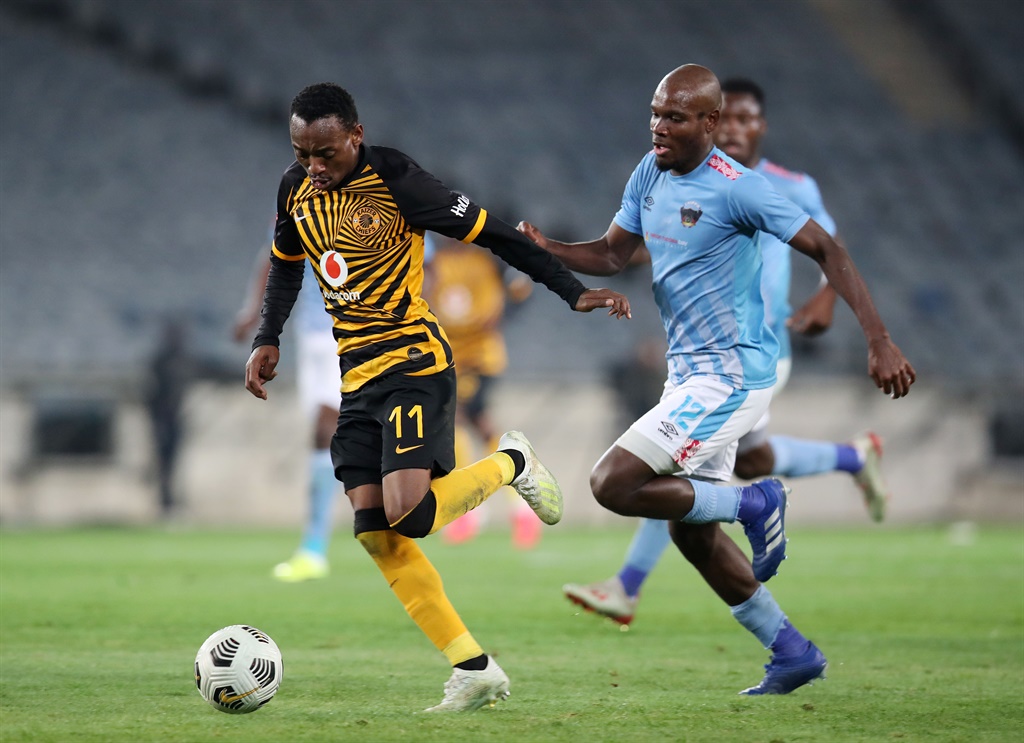 A thrilling grand finale is on the cards in the Absa Premiership title race on Saturday in the bio-bubble with Kaizer Chiefs and Mamelodi Sundowns still in with a chance.

The contenders are tied on 56 points with Chiefs slightly in the lead due to goal difference.

There is everything to fight for in the one remaining game.

Amakhosi secured a 1-0 win over Chippa United at the Orlando Stadium while Sundowns beat Polokwane City 3-0 on Wednesday evening.

Chiefs take on Baroka in their ultimate game at the Bidvest Stadium while Sundowns are up against Black Leopards at the Dobsonville Stadium (all kickoffs at 3.30pm).

Itumeleng Khune made his return to the starting line-up after almost a year, as he replaced Daniel Akpeyi who will miss the rest of the season due to injury.

The winning goal also came from another long timer as Khama Billiat scored his first goal in more than a year.

Billiat latched onto a loose ball t the far post to tap in from close range in the ninth minute.

Chiefs football manager Bobby Motaung also made a return after his internal suspension handed to him by the club ended on Monday.

Later in the match, Chiefs were helped by two red cards to Chippa as Tercious Malepe and Elvis Moyo were sent off.

In Dobsonville, Sundowns made easy work of Rise and Shine.

Polokwane are all but relegated as they are on 25 points.

For them to secure a playoff spot they would have to beat Bidvest Wits by eight unanswered goals on the final day.

Baroka suffered a 1-4 loss at the hands of SuperSport United to drop down into the relegation zone. Bakgaga now have 28 points.

Black Leopards pulled off a 1-0 win over Wits, while AmaZulu drew 1-1 with Stellenbosch.

We live in a world where facts and fiction get blurred
In times of uncertainty you need journalism you can trust. For only R75 per month, you have access to a world of in-depth analyses, investigative journalism, top opinions and a range of features. Journalism strengthens democracy. Invest in the future today.
Subscribe to News24
Related Links
Bobby Motaung’s suspension is over but will he rejoin the team?
PSL: Whose title is it anyway?
Swallows fly back to the big league
Next on City Press
Side Entry | Rassie video opens the door for officiating backlash against unpopular Boks