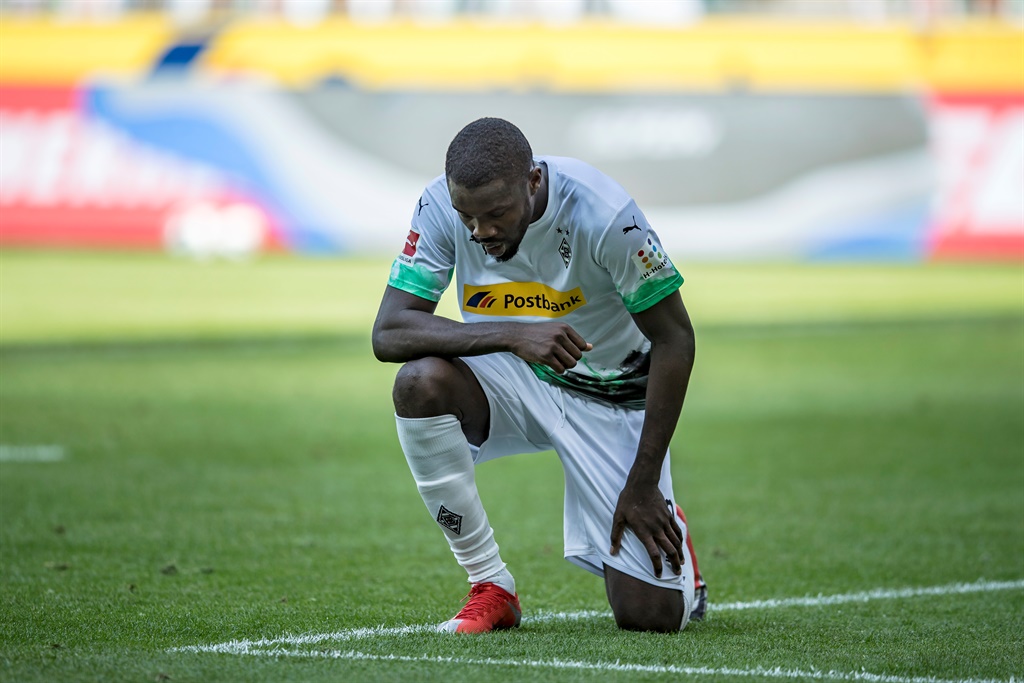 Footballers should “feel free” to protest over the death of George Floyd and “should take a knee”, says Kick It Out chair Sanjay Bhandari.

The Football Association said it would take a “common sense approach” to any such protests.

Bhandari said players taking a knee would be a “very powerful image”.

“If they feel they want to protest, then they should. They should feel free to do that,” he told BBC Radio 4’s Today programme.

Four players in the Bundesliga, including England forward Jadon Sancho, are under investigation for breaching rules over making political statements in games at the weekend. The same rules are in place in England.

If they feel they want to protest, then they should
Kick It Out chair Sanjay Bhandari

“My suggestion is that they should take a knee. I would say take a knee when you score a goal and have the whole team do it; the referee is not going to book an entire team. It’s a very powerful image and a gesture of solidarity.”

In a statement, the FA said it “strongly condemns discrimination of any kind” and that it has “endeavoured to ensure that football in England is both diverse and inclusive in recent years.

“Where any behaviours or gestures on the pitch that may constitute a breach of the laws of the game have to be assessed, they would be reviewed on a case-by-case basis with a common sense approach and understanding of their context

“The power of football can break down barriers across communities and we remain deeply committed to removing all forms of discrimination from across the game we all love.”

On Monday, Liverpool players took a knee around the centre circle at Anfield during training, while Manchester United players Paul Pogba and Marcus Rashford added their voices to worldwide protests against racism. Newcastle and Chelsea players took a knee before their training sessions on Tuesday.

READ: Chilling similarities between the deaths of Collins Khosa and Steve Biko

Protests have been held throughout the US after Floyd, an unarmed black man, died on May 25 after Minneapolis police officer Derek Chauvin kneeled on his neck for almost nine minutes to pin him down during an arrest.

Chauvin has since been charged with Floyd’s murder and was fired from the police force.

Fifa president Gianni Infantino said: “For the avoidance of doubt, in a Fifa competition the recent demonstrations of players in Bundesliga matches would deserve an applause and not a punishment.

“We all must say no to racism and any form of discrimination.” – BBC

Related Links
Chester Missing is going to end racism … really?
We can't shut down racism
A sad and sorry white state of affairs
Share
Next on City Press
Side Entry: Shifting global sands – rugby will never be the same again

Read more on:
fifageorge floydracism
MONEY MAKEOVER
Podcast | Mistakes to avoid with your own business