Embarrassed Chiefs apologise to their fans after shock Cup loss It’s shocking and embarrassing that Kaizer Chiefs did not win the Nedbank Cup.

This is how Chiefs head coach Ernst Middendorp summed up the team’s shock defeat to NFD side TS Galaxy at Moses Mabhida Stadium on Saturday night as Amakhosi ended yet another campaign empty-handed.

The rattled German tactician pleaded that it was not the time to point fingers, after the 0-1 defeat, but there should be an introspection on what led to the decline of Chiefs over the past four years.

He also apologised to the club’s followers.

“It’s definitely a result that we did not expect,” Middendorp said after a penalty goal late in the game propelled Galaxy to being the first side from the lower division to lift the Ke Yona trophy that pays R7 million to the champions.

Truth be told, Chiefs struggled to get going throughout the game, only staying in the game because Galaxy had failed to make the most of their few scoring opportunities, especially in the opening half.

“We had a bit of a better movement into the final third half in the second half but it didn’t bring us the result we wanted,” Middendorp reasoned.

“It’s a bit of a story we had for months and you end up like this. It’s definitely disappointing and embarrassing. Complement to the fans and a huge support from the country but [we are] sorry for the result.” Quizzed about his future at the club, Middendorp said: “If the question comes I’ll discuss it with the management of Chiefs and not here in public. We definitely, in general, have to sit down and see what is happening, not only in the last months but in the last four years. I have to make a decision. We shouldn’t be emotional, but look at what’s best for the team.”

The setback on Saturday added to the woes of Amakhosi, who finished the season in ninth position on the Absa Premiership log after a run of seven matches without a win in the last two months. Kaizer Chiefs players react after the losing to TS Galaxy in the Nedbank Cup final on May 18. Picture: Anesh Debiky/Gallo Images

The Rockets had sensed an upset during the build-up and the turning point came when substitute Zakhele Lepasa converted a penalty after he was fouled by Chiefs defender Teenage Hadebe two minutes from regulation time.

The goal was Lepasa’s fourth strike of the tournament as he finished as the topscorer.

The 22-year-old is also up for the player of the tournament, as well as for the most promising player, alongside his teammate Terrence Mashego. The winner will be revealed at the PSL Awards ceremony at Durban’s International Convention Centre on Sunday night. 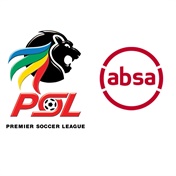