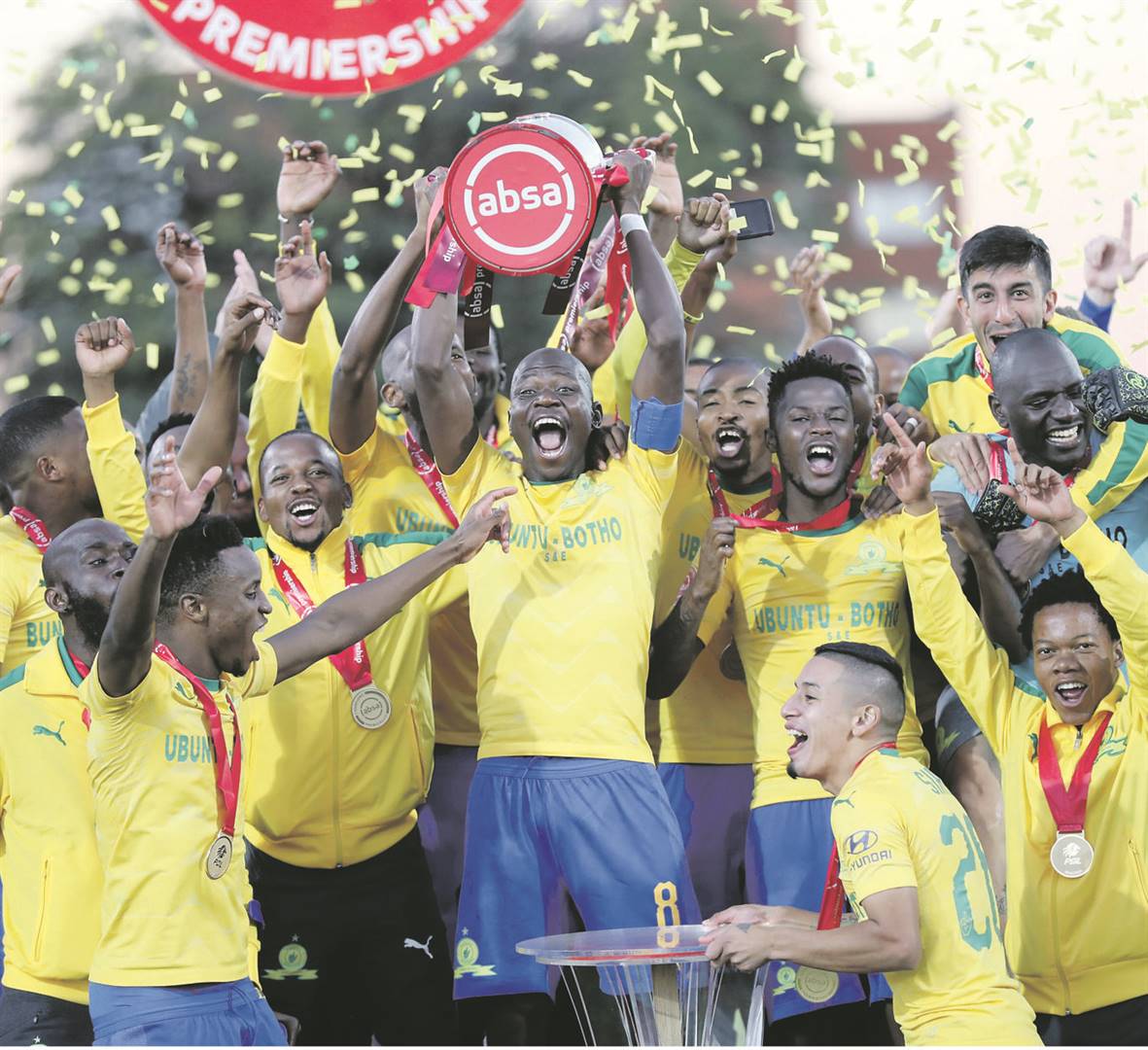 It was so close and yet to so far for Bucs as Sundowns claim ninth league title, while Free State Stars fall.

A Phakamani Mahlambi goal just before half-time was all that Mamelodi Sundowns needed to claim their record ninth Absa Premiership title and break Orlando Pirates’ hearts by demolishing their hopes with a 3-0 victory at Polokwane City.

In the process, Pitso Mosimane also wrote his own piece of history as he became the first coach to win four league titles with the same club in a PSL era that dates back to 1996.

The Brazilians’ victory and joy also meant the demise of Free State Stars as they were automatically relegated after finishing at the bottom of the 16-team log with 27 points.

As for Pirates, who played some of the best football this season, it was a matter of so near yet so far.

This title race will definitely go down as one of the tightest and most tense in the history of the Absa Premiership.

The turning point of the Bucs’ season was last Saturday when they had their fate firmly in their grip, but their 2-2 draw against Cape Town City left them with just a wing and a prayer going into yesterday’s final fixture.

They churned out a performance fitting the phrase “saving the best for last”, but the football gods somehow refused to answer their prayers in their pursuit of a first league crown since the 2011/12 season.

The atmosphere in Soweto did not really give a sense that there would be wild celebrations after all. The stadium was half-full and there was no league trophy on display. Even when referee Khulasande Konco blew the final whistle, the players and fans were not sure how to celebrate as the Sundowns game was still a few minutes from the end with the defending champions still in the lead.

Despite all this, Pirates did what was required of them by still delivering a performance worthy of a championship-chasing side.

Thembinkosi Lorch proved yet again that he is one for the big occasion. On the day, his side was faced with a must-win situation, and the diminutive winger again stood tall to win the day for his side.

Lorch’s brace in the opening half, as well a brilliant strike by Vincent Pule, effectively killed the encounter as a contest against a gutsy City.

While the scoreline told an embarrassing story, City in fact gave a good performance that justified the reason the Limpopo outfit has been constantly in the top five this season.

Rise and Shine finished fifth with 44 points despite the loss.

Besides yesterday’s game being a Lorch show, it was proven once more that extraordinary goals win games, and Pule’s wonder strike related this.

Pule finished off from the move he initiated following a corner kick and, on a turn after exchanging a pass with Luvuyo Memela, the tricky midfielder rifled home from outside the box to plug the ball into the top corner.

The strike drew similarities with that of Vincent Kompany, who also fired from outside the box against a gutsy Leicester City to set a title race similar to the Absa Premiership in which Pirates and Sundowns have been exchanging places at the top.

City created some heart-stopping moments earlier in the game when Muhammed Anas’ attempt missed the target by centimetres.

Such was the end to the campaign that will go down in history as the most controversial given that some serious disciplinary matters lingered right up until the last fixture.

As it stands, only God knows if the PSL’s appeal of its disciplinary committee that fined Sundowns and Wayne Arendse for an infringement that happened in October, with the league insisting that Bidvest Wits must be given a 3-0 win with all three points and for the Sundowns defender Arendse to serve a two-match ban.

The upcoming promotional play-offs are also under threat after Ajax Cape Town resorted to court in an attempt to have the disciplinary committee’s monetary fine on Tshakhuma Tsha Madzivhandila replaced with a point deduction after the Limpopo side contravened the rules but still beat Ajax to the play-off.

The court will give a ruling on Tuesday on this matter.

Related Links
Mamelodi Sundowns crowned PSL champions
Woeful Kaizer Chiefs miss out on Top 8 finish
WRAP: All the final day Absa Premiership results
Share
Next on City Press
Be a part of the Laureus family and stand a chance to win a Merc