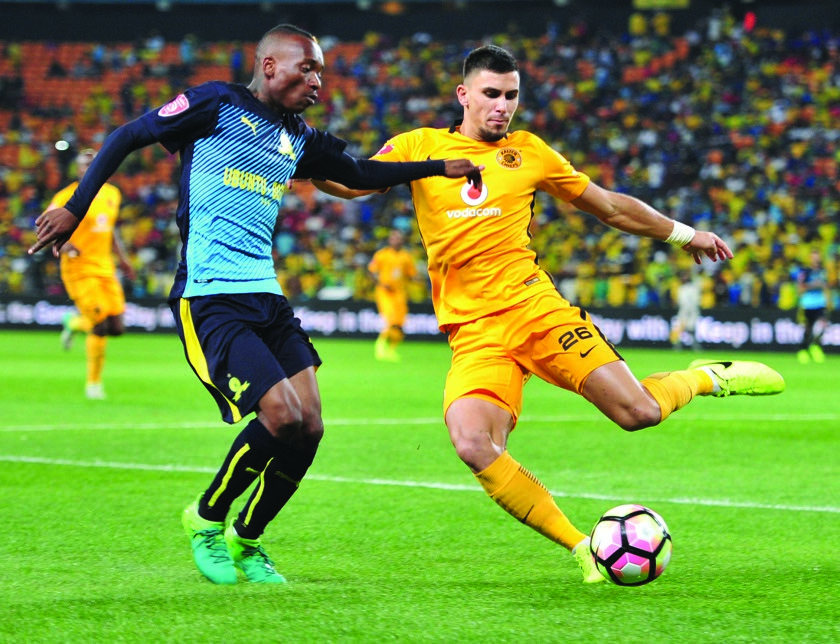 Gordinho will join Bidvest Wits on a two-and-half year deal, while Kotei and Amakhosi mutually agreed to terminate his contract.

This was announced on Tuesday evening by the Soweto club.

“We were happy when [Kotei] joined us,” Motaung said in the statement.

“Unfortunately, football has its own dynamics. He didn’t play and we felt that we had to split amicably.”

Motaung, however, saved his disappointment for Gordinho’s departure and said the defender leaving the club was a “touchy one”, considering that he’s been at the club for almost 10 years after having come in through Amakhosi’s youth development structures.

“His challenge, however, was getting game time,” Motaung said, adding that the club did not want to “block his career”.

“We thank [Gordinho] for his service to Kaizer Chiefs in all those years.” Also in the statement, Kotei, who joined Chiefs from Tanzania’s Simba SC at the beginning of this season, expressed his disapointment at not having made the first team regularly. But he was full of praise for his now former bosses.

“Even though I wasn’t successful at Kaizer Chiefs, love and unity were there. I hugely admire the professionalism of the club. I really hope that Chiefs will become champions this season,” Kotei said.

Gordinho also expressed his gratitude saying that he “will take all that I’ve learnt at Chiefs to the next chapter in my playing career”.

Gordinho made his debut in 2014 after starting out at the club’s academy as a 15-year-old.

Meanwhile, Wits announced this morning that they had signed Cameroon striker Bienvenu Eva Nga from Mozambique’s CD Costa do Sol.

Eva Nga also had stints in Portugal before moving to Mozambique last year.