Hanging Judge | Is the VAR being used to its full potential? 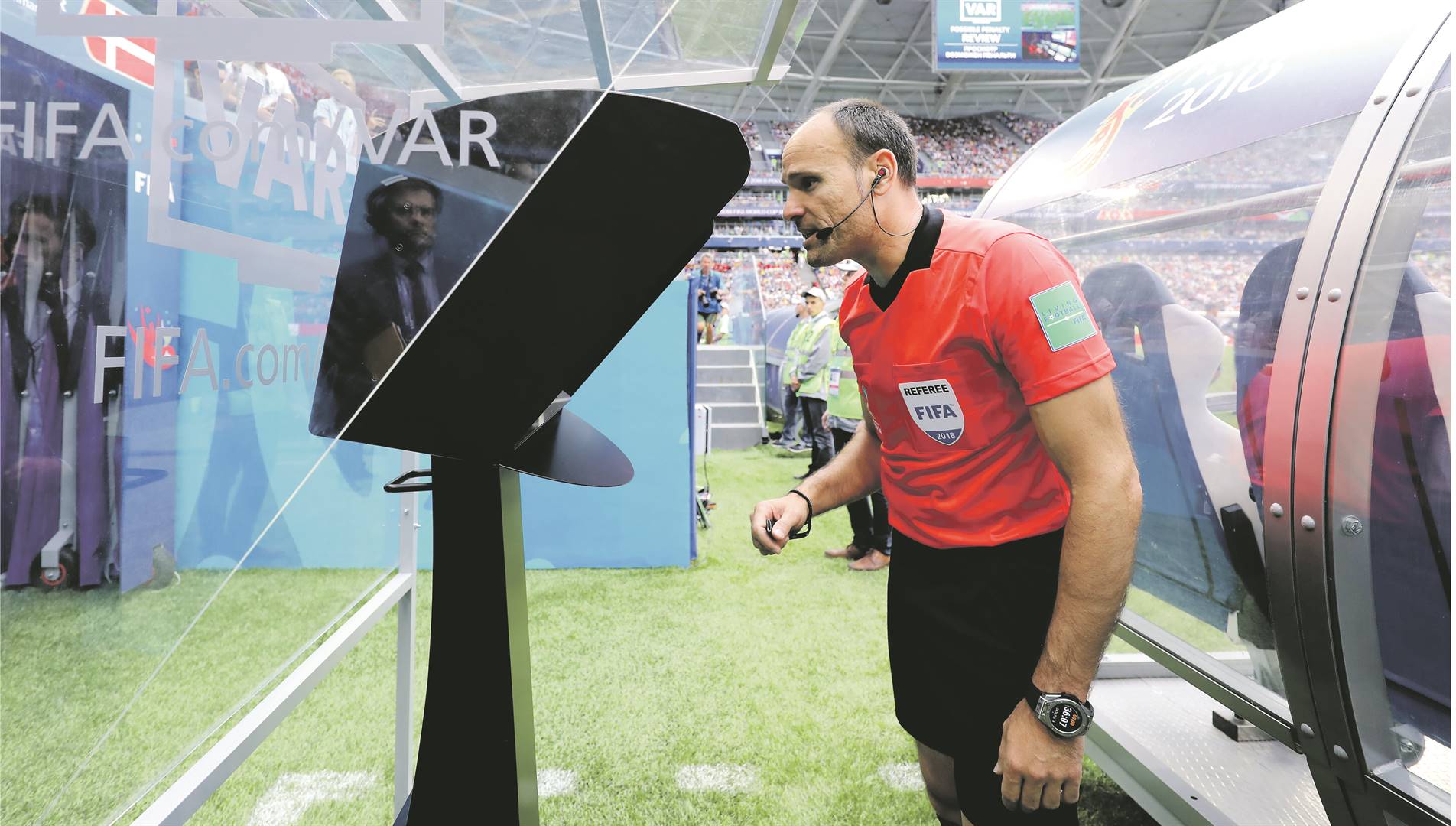 It’s very important to remember at this point that the VAR system is only as good as the human operating it. Photo: File

The video assistant referee (VAR) system was developed to assist the match official to make sure that they got their decisions correct. It’s what it is and does what it’s supposed to do, given the video footage available to the people operating it.

It’s very important to remember at this point that the VAR system is only as good as the human operating it, and sometimes it would appear that they are lacking in some way or other on the finer points of the law.

Having said all that, and I will come back to it, I believe it’s here to stay, despite all its detractors.

It’s funny sometimes, listening to the various coaches with their post-match comments. Talk about a coin with two sides. If they win and are the beneficiary of a VAR review, they are all for it. If they are not, then it’s the worst thing that was ever invented.

Oh, for an honest, objective coach who will give a fair and forthright opinion and accept that his team had failed to do what they’d been training all week to do.

No, they’d rather blame anyone and everyone to justify why the game didn’t go in their favour.

Remember, for the VAR to click in, there has to be a “clear and obvious error” in the decision made by the referee.

Now, in one game last week, I thought the referee should have been more forceful in applying the law. The game in question was West Ham versus Manchester United and I highlighted three instances on my show on Monday. All referred to penalties that were and were not awarded.

There appears to be a “winning mentality” among some players and teams that a win at all costs applies and if you have to cheat, lie and dive to achieve that, then “so be it”

I get so irritated when I see players deliberately falling down and looking for penalties. If a referee decides that he is not going to award the penalty, why doesn’t he caution that player for simulation?

There was a classic one – it was as clear as day: the player was already falling before there was any contact with the defender, and that was minimal.

There appears to be a “winning mentality” among some players and teams that a win at all costs applies and if you have to cheat, lie and dive to achieve that, then “so be it” seems to be the order of the day. Disgusting, in my opinion.

This law sets out exactly what player’s equipment is, and what is and is not allowed.

In the same game mentioned above, Reds fullback Luke Shaw contravened this law. He was wearing dark blue shorts and a light blue shirt.

That meant that anybody’s undergarment, if long-sleeved, had to be the same or similar colour blue, but it was not.

Instead, it was white, and it was as obvious as the day is long. I noticed it right from the start, but it was highlighted even more when a penalty was awarded against this player for an outstretched arm.

My question: How come the referee or his assistants didn’t notice it before the players took to the field, or is there a law for the so-called big teams and another for lesser mortals?

Please stay safe and well out there. This pandemic is not over yet. Protect yourselves and your families and observe all medical and scientific advice. No one is safe until everyone is safe.